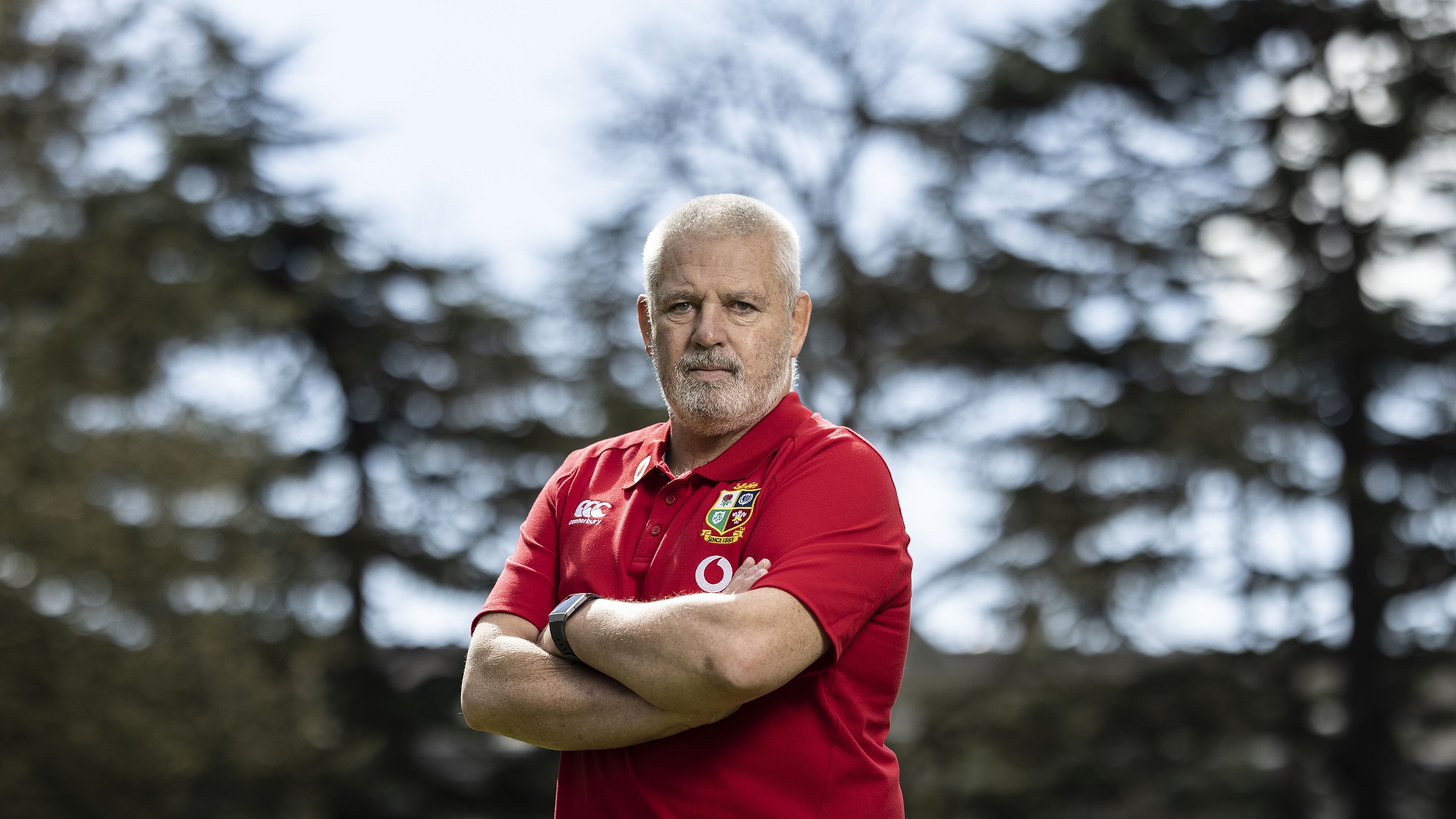 Gregor Townsend (Scotland), Robin McBryde (Leinster Rugby), Steve Tandy (Scotland) and Neil Jenkins (Wales) will assist Gatland for the Tour to the home of reigning world champions, the Springboks, as well as the pre-Tour Test match against Japan at BT Murrayfield on Saturday 26 June for the Vodafone Lions 1888 Cup.

“I am very pleased to have assembled such a high-quality coaching team,” said Gatland.

“It’s a really strong group and I’m excited to see what we can achieve together – I think we’ll all complement each other well in South Africa.

“A Lions Tour is a unique challenge, so it’s important to have some continuity in the coaching group. Neil understands the exceptional demands that only a Lions Tour can present, and we will benefit from his knowledge and experience.

“But it’s also important to have new voices and a fresh perspective. Gregor is doing an excellent job in charge of Scotland and is an outstanding coach. He also understands the challenges of touring South Africa as a player and what it takes to win there, so I am extremely happy he will be part of the set-up.

“Steve has made Scotland’s defence one of the most organised in world rugby – something we saw throughout the recent Six Nations. He’s clearly an intelligent coach and someone I am very much looking forward to working with.

“Obviously Robin is someone who I know very well from our time together in Wales. He is an impressive and experienced coach who continues to have success with Leinster. I think he’ll be well suited to the Lions environment and I am sure he will do an excellent job with the forwards.

“As the Tour approaches we may look to bring in some extra resource, but this will be the core group for the time being.

“Touring South Africa is always a huge challenge and clearly when the squad assembles in June to begin our preparations everything is going to look and feel a bit different to previous tours. But having spoken to the coaches individually over the past few days we’re absolutely determined to make it an enjoyable, memorable and ultimately successful experience for everyone involved.”

Scotland head coach Townsend will take charge of the Lions’ attack. This will be the first time the former Scottish fly half will have been part of a Lions coaching team, having previously toured South Africa triumphantly as a player in 1997.

“To be involved as a player and now as a coach is truly humbling,” commented Townsend.

“The Springboks are a formidable opponent on home turf, but looking at the talent in England, Ireland, Scotland and Wales, it is a hugely exciting opportunity for us to do something special.

“One of the great challenges of a Lions Tour is to bring together players from four different countries, in a short space of time, and create an attacking threat that will cause the opposition problems. It’s something I am already looking forward to.”

Meanwhile, Tandy – part of Townsend’s Scottish coaching setup – will be responsible for the Lions defence.

“To take on the World Champions in their own backyard is a massive test and one I am really looking forward to being part of,” commented Tandy.

“There have been some brilliant Lions defence coaches in the past – Andy Farrell, Shaun Edwards and Phil Larder – so it’s a huge honour to be chosen.

“From a defence perspective we need to make sure we get everyone on the same page as quickly as possible.

“I am sure Gregor and I will benefit greatly from this experience and gain valuable knowledge about the Springboks ahead of the Rugby World Cup in two years’ time.”

“I am very much looking forward to linking up with Warren and being part of his coaching group again,” said McBryde.

“We’ve seen some excellent rugby in the Six Nations recently with some stand out performances by players from the four Home Nations – especially some of the forwards. That’s really positive for the Lions.

“South African rugby is known for its physicality, so we’ll be under no illusions of what to expect when we arrive. The challenge for us will be to come together quickly and be physical and uncompromising in the way we play.”

“I am grateful and excited for the opportunity ahead, but my focus will remain with Leinster until the end of the season and I’m incredibly grateful to them for allowing me to tour.”

Welsh kicking coach Jenkins will look after the kickers. This will be his sixth Tour as both a player and coach.

“The Lions is a unique experience for players and coaches,” said Jenkins.

“To bring together the best players from four countries and take on the Springboks in their own backyard is very exciting. To do it with one of my Lions teammates from 24 years ago is incredibly special for me.”

McBryde will remain with Leinster until the conclusion of the season before joining up with Gatland. The Lions Management Team will be announced shortly.

The Lions’ Tour to South Africa will be shown live exclusively on Sky Sports.

News South Africa
Previous story Jason Leonard: When you become a Lion, you represent everyone
Next story Gatland ‘buzzing’ for Lions Tour after coaching team reveal