Life of a Lion: Jamie Heaslip 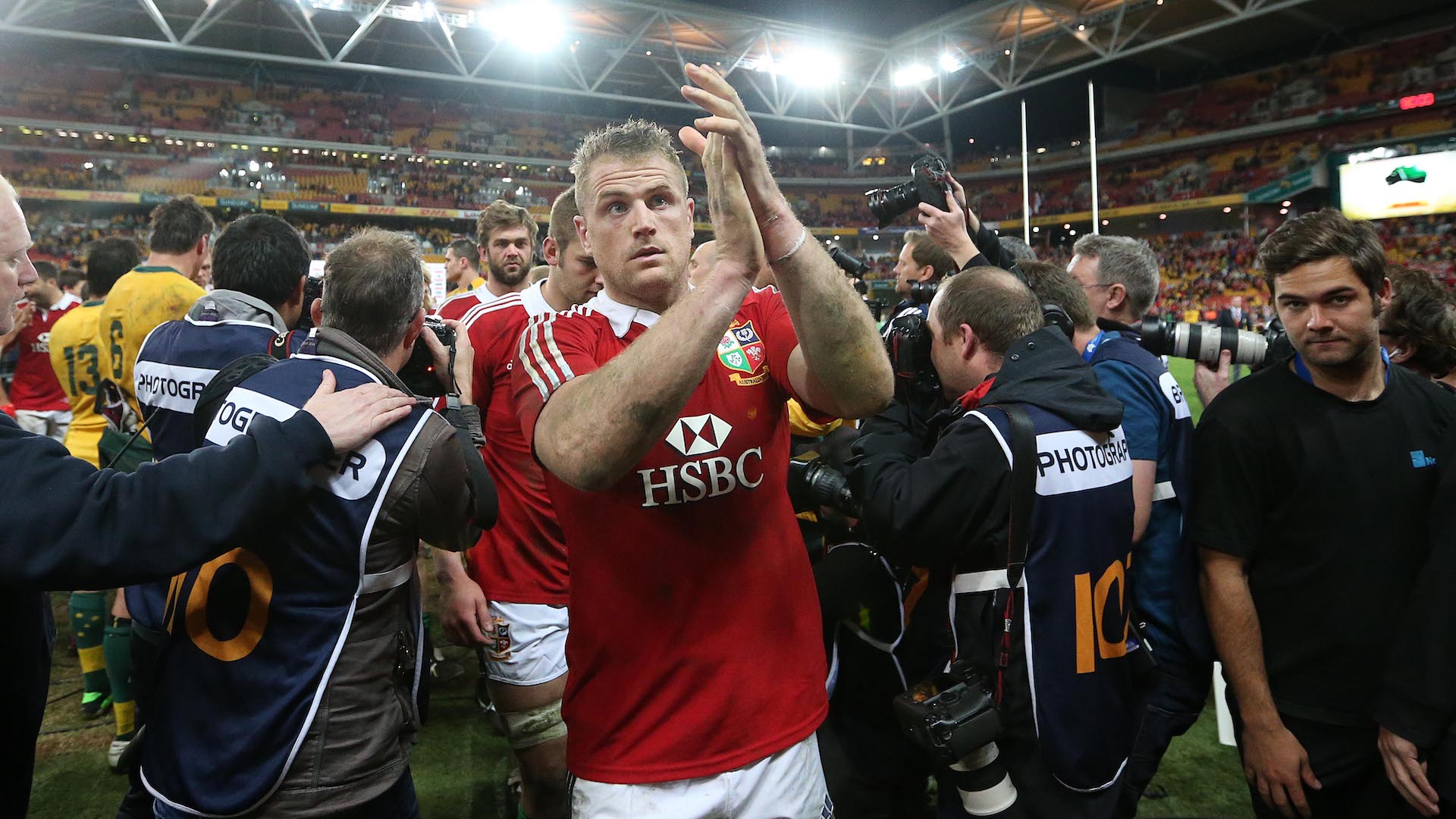 From falling in love with the 1997 tourists to living out his boyhood dream in 2009 and 2013, Jamie Heaslip lived and breathed The British & Irish Lions for almost two decades.

And when it comes to their last visit to South Africa 12 years ago, there are few players better placed than the Ireland No.8 to provide an insight into the drama that unfolded.

Heaslip was one of only five players to play every minute of the three brutal Tests as the Lions returned from the enthralling Tour with a heartbreakingly close 2-1 series defeat.

Aged just 25 at the time, he went on to be selected again for the tourists four years later in the victorious series in Australia before winning back-to-back Six Nations titles with Ireland.

But over the course of his 14-year career, which included 95 Tests for Ireland and more than 200 appearances for Leinster, nothing compared to the intensity he experienced in 2009. 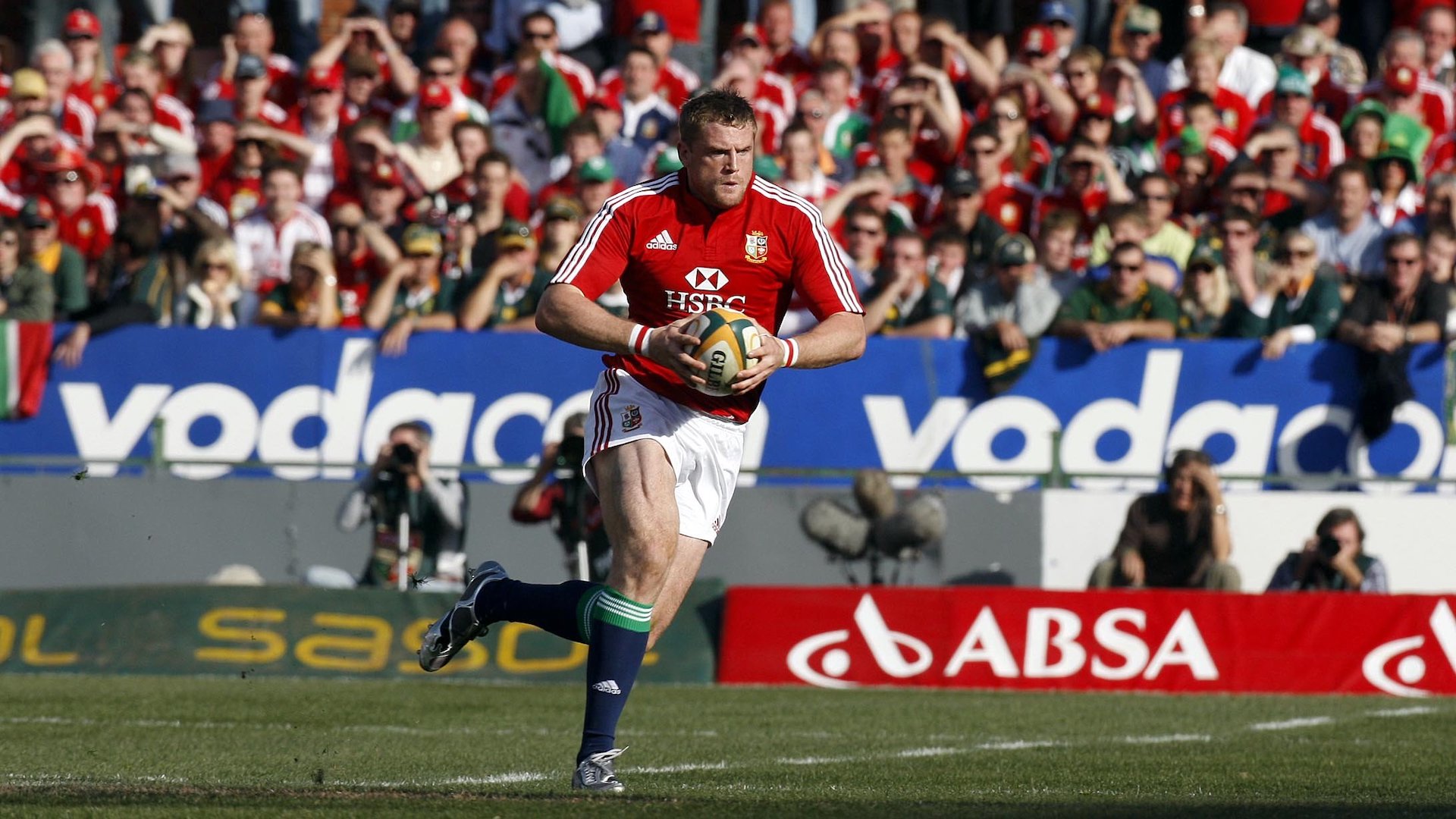 “I just remember everything going up a level,” he said. “If we take a macro view of that Test series, it was probably the hardest rugby, the hardest games I’ve ever had to play.

“You’re coming up against the World Cup champions, they have an unbelievable team who had been playing with each other for a long time and a humongous pack, humongous.

“They had a lot of really good players, my counterpart Pierre Spies for example who is an absolute beast, and he has Schalk Burger beside him and Heinrich Brüssow on the other side.

“He’s a nightmare at the rucks and I just remember the pressure, media coverage, expectation, the fans even, they started pouring in, and it all just started going up another level.

Leonard: When you become a Lion, you represent everyone

“You could feel that pressure coming [ahead of the series] but good pressure, really good pressure. The first Test itself, it kicks off and it just becomes a battle royale – it’s as simple as that.

Heaslip was riding the crest of a wave before the Test series, winning the first of three Heineken Cup titles with Leinster just days before flying out with the Lions to South Africa.

And a week after helping the Irish province defeat Leicester Tigers in the European showpiece, Heaslip wore the famous red jersey for the first time in the Tour opener against Royal XV. 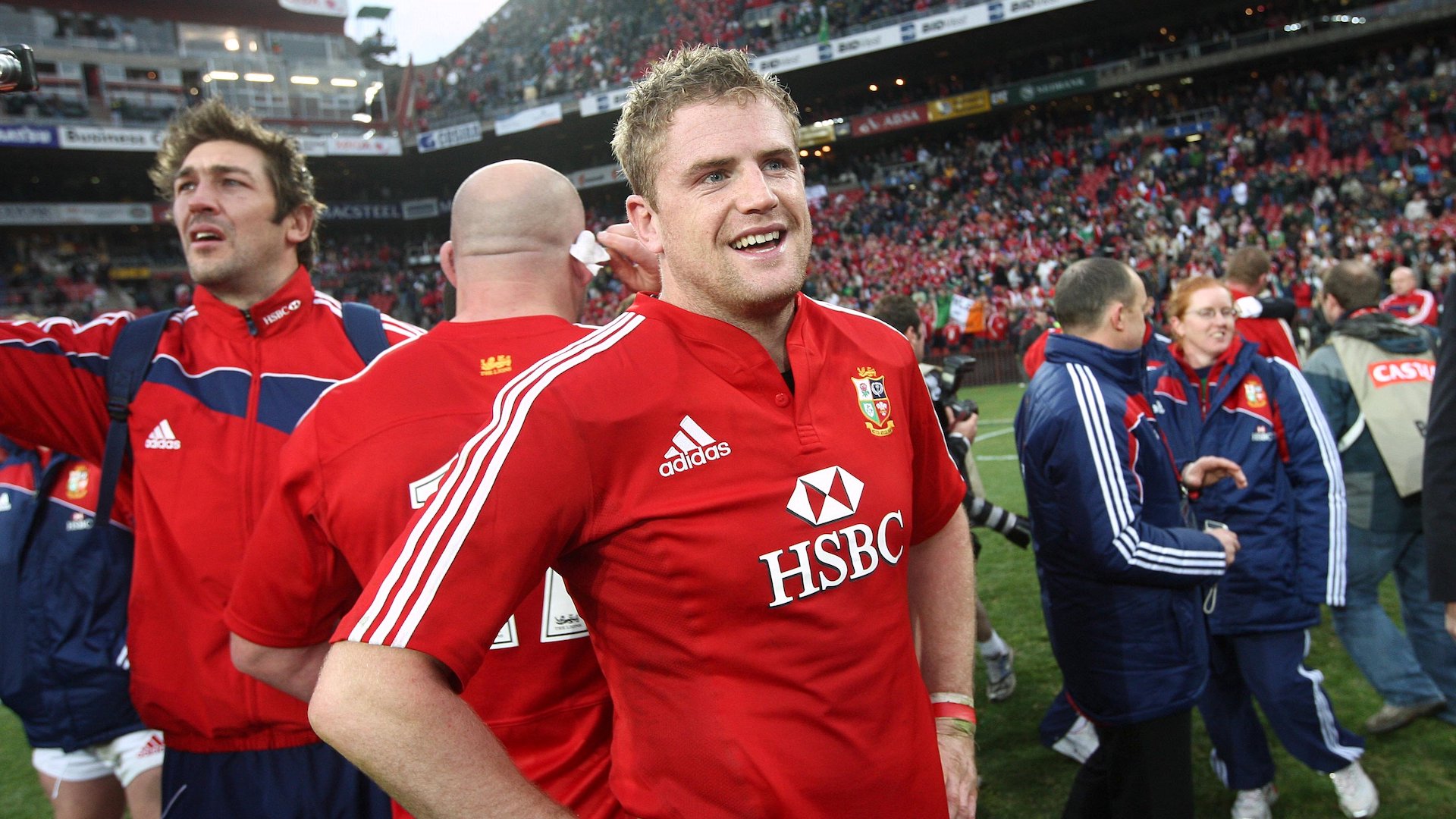 “I loved every minute of it because the jersey went on and when you went into the changing room, they had plates up on your seats and it had the Lions players that had worn your jersey,” he said.

“You really got to understand the legacy part of the Lions and the calibre, the standard expected of that jersey because trying to explain what the Lions is to someone is difficult sometimes.

“If they’re not from Ireland or the United Kingdom, you try to explain it as the Everest for us players. To get on a touring side is unbelievably hard and to start a Test is another level.

“It’s like going to base camp and then kicking on all the way up to the summit and I’ve been lucky enough to have been part of both and it was a hell of an experience.”

Heaslip also appeared in the warm-up games against Golden Lions and the Sharks, scoring his first Lions try against the latter, before being named at No.8 for the opening Test.

Despite a stirring second-half comeback from the tourists, South Africa prevailed 26-21 in Durban and Heaslip still remembers the intensity of the battle just like it was yesterday. 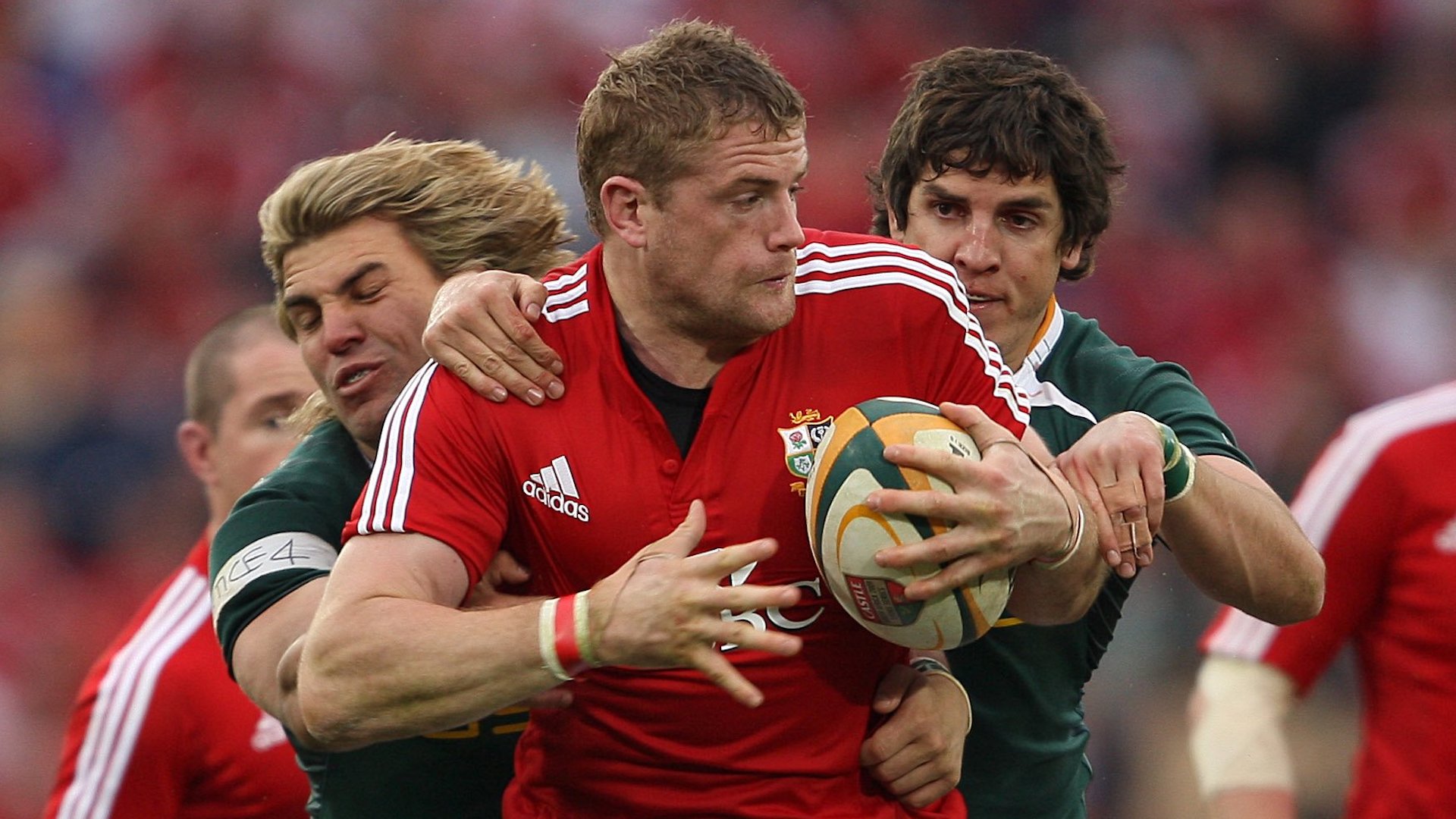 “Some of the front-row lads were head butting each other in the changing rooms beforehand and everything was just insane, the pressure, I loved every minute of it,” he said.

“I remember there was a really weird feeling after the game because we’d come back into it and we realised that we kind of let them get a rolling start. If we nailed that then we had them.

“We were matching them physically but then we were kind of outplaying them, we were being very inventive with Stephen Jones pulling the strings, keeping the board ticking over.

“I remember sitting in the changing room thinking that’s one we let get away and I think everyone did that. Sometimes before games, the pressure builds up after starting in a normal place.

“Tuesday evening, Wednesday, Thursday, Friday and then gameday it really builds up and I think after that first Test, it went up again, Tuesday again such was the desire.”

A-Z of The British & Irish Lions

The momentum from the way the Lions finished the first Test turned into belief in the second as the tourists stormed into a 19-8 lead over the Springboks with an hour played in Pretoria.

But South Africa responded with tries from Bryan Habana and Jaque Fourie before replacement fly-half Morne Steyn kicked a late long-range penalty to seal a 28-25 success.

“We were one Test behind, we realised we were on the back foot, we realised that if we don’t let these guys get a head start, we had a really good shot at taking a scalp here,” Heaslip said.

“And that’s what makes the second Test so hard to take as we did such good things in the first half to get ahead, we were 16-8 at half-time only to let them pull it back. 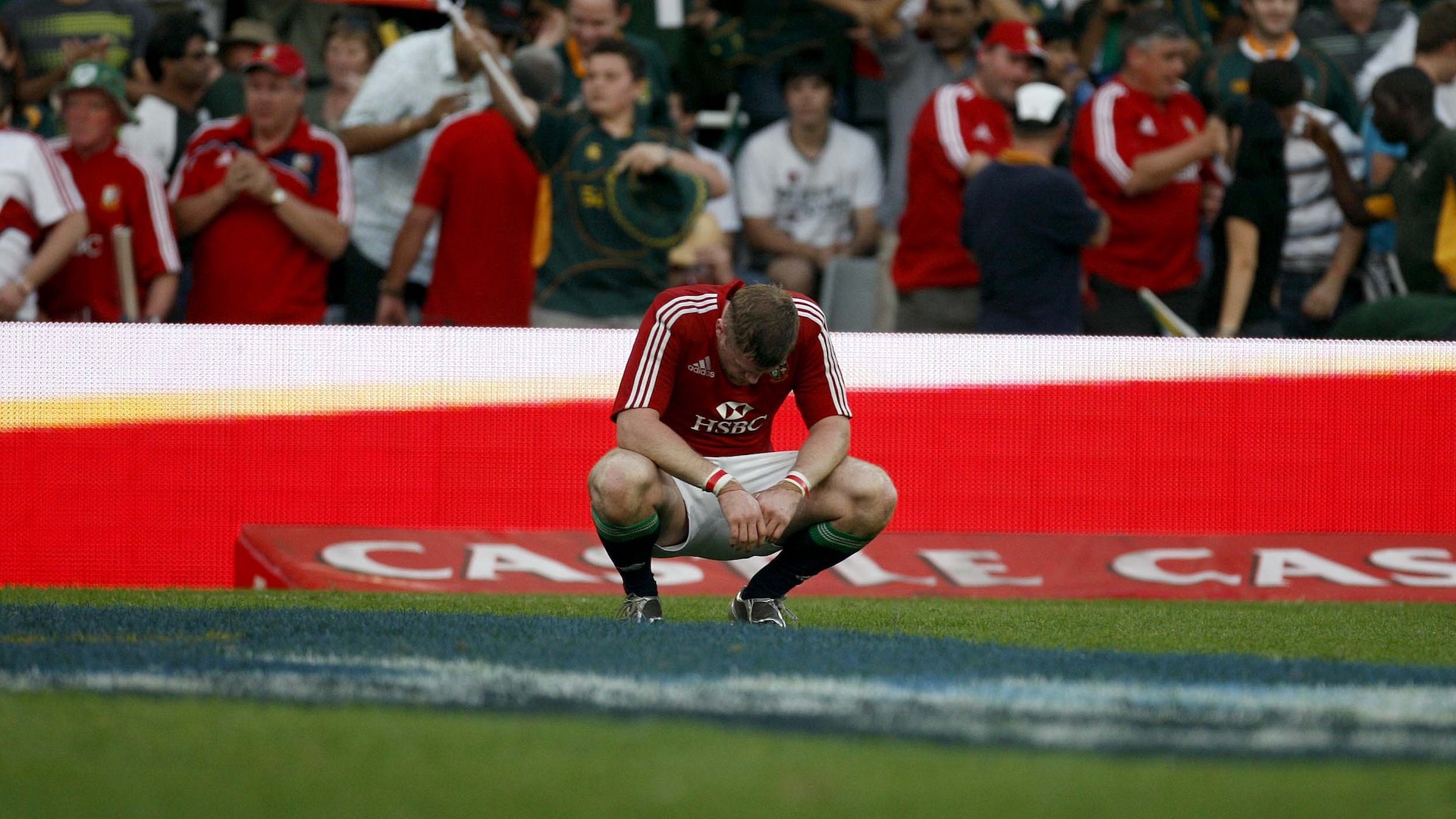 “We gave them too many opportunities to get back into the game and it looked like it was going to end in a draw, and I actually think a draw would have been a really fair result.

“That was one of the darkest changing rooms I’ve been in after that game.”

With the Lions bruised and battered from one of the toughest Tests in their history, Sir Ian McGeechan opted to take his players’ minds off the rugby ahead of the finale.

A safari proved to be the perfect antidote for the tourists as Heaslip and Co. finished the Tour on a high with a memorable 28-9 victory over the Springboks in Johannesburg.

“Geech did a really smart thing, he brought us together and he took us on a safari, he’d obviously planned it in regards, whether we won or lost we’d need some headspace,” Heaslip said.

“We came back together on the Thursday and emotionally we’re refreshed, recovered and we went for it and I think the third game was a reflection of what that Lions side was all about.

“It was about the squad, it was about the depth, there were so many injuries people had to step in and I think we got the result we deserved, we just let two of the Tests go by.

“I think that series after the 2005 series, when a lot of people lost heart a little bit in the Lions, I think we kind of reinstated a lot of pride and passion in the jersey even though we lost.

“I think a lot of the fans came away very proud of the team and the Lions.” 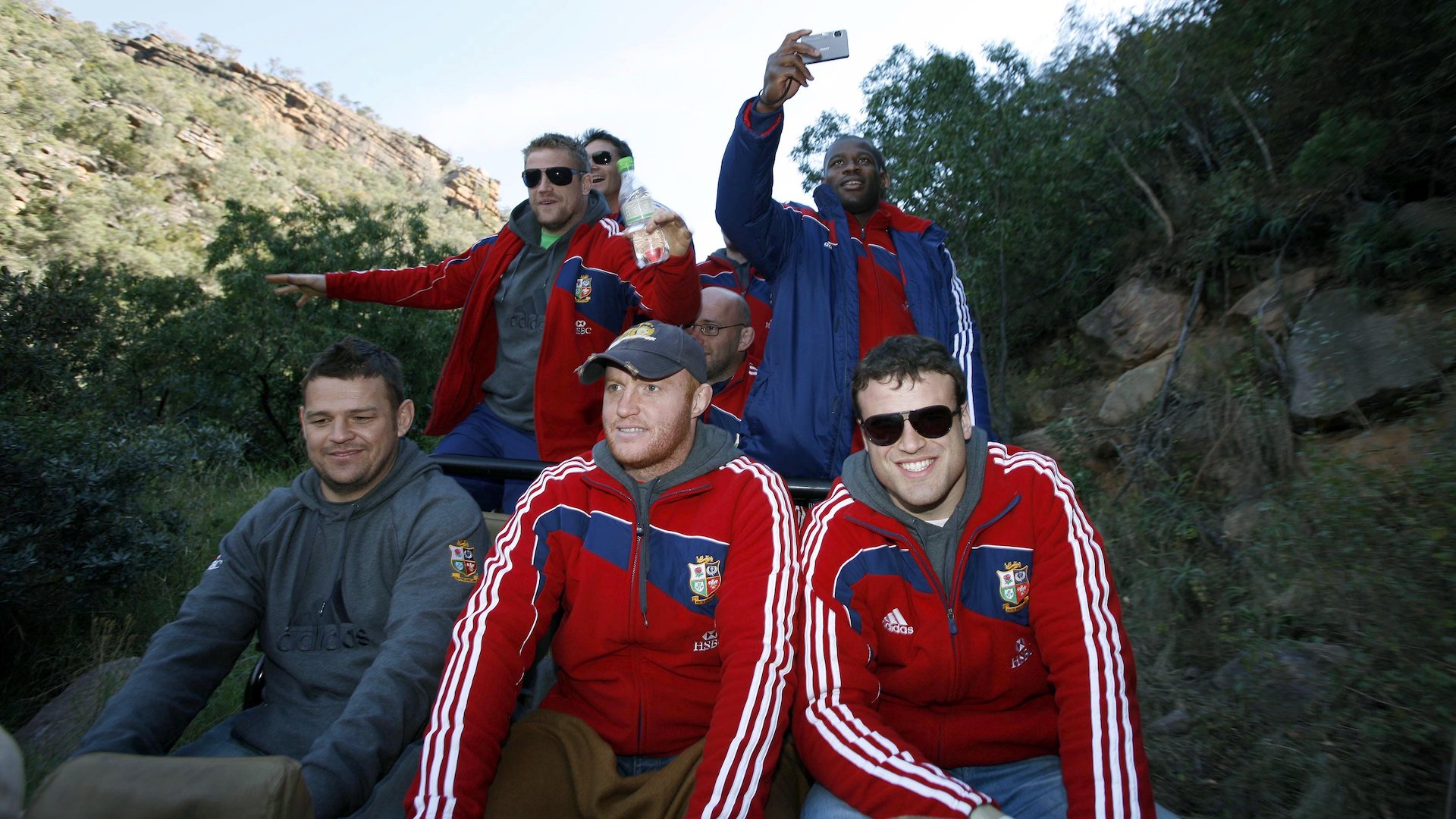 Heaslip returned for a second consecutive Lions Tour in 2013, scoring a try against Western Force in one of his six appearances Down Under – including two more Test caps.

The series ended in a 2-1 win for the tourists and having experienced the disappointment of coming so close four years earlier, it was a special moment for Heaslip.

“There are not many Lions who can say they are part of a winning Lions Tour and to play two out of the three Tests of that Lions series that we won, I’m very proud of that,” he said.

“It’s the Lions and you enjoy every minute of it. We had some great coaches, Gats [Warren Gatland], Faz [Andy Farrell], Wig [Graham Rowntree], these kind of guys really good coaches around you.

“They really kicked it on and helped you push on your game, elevate your game and there was a certain amount of freedom around it as you don’t have that time to put a structure in place.

“There was a lot of free-flowing rugby which I absolutely loved, and I played with some amazing players that you’d had battles with, Sam Warburton who I’d gone to war with plenty of times.

“Some really good quality players and it was a shame we didn’t win it 3-0 but that’s just the competitor in me and it was a really proud moment to be in the squad for a winning series.” 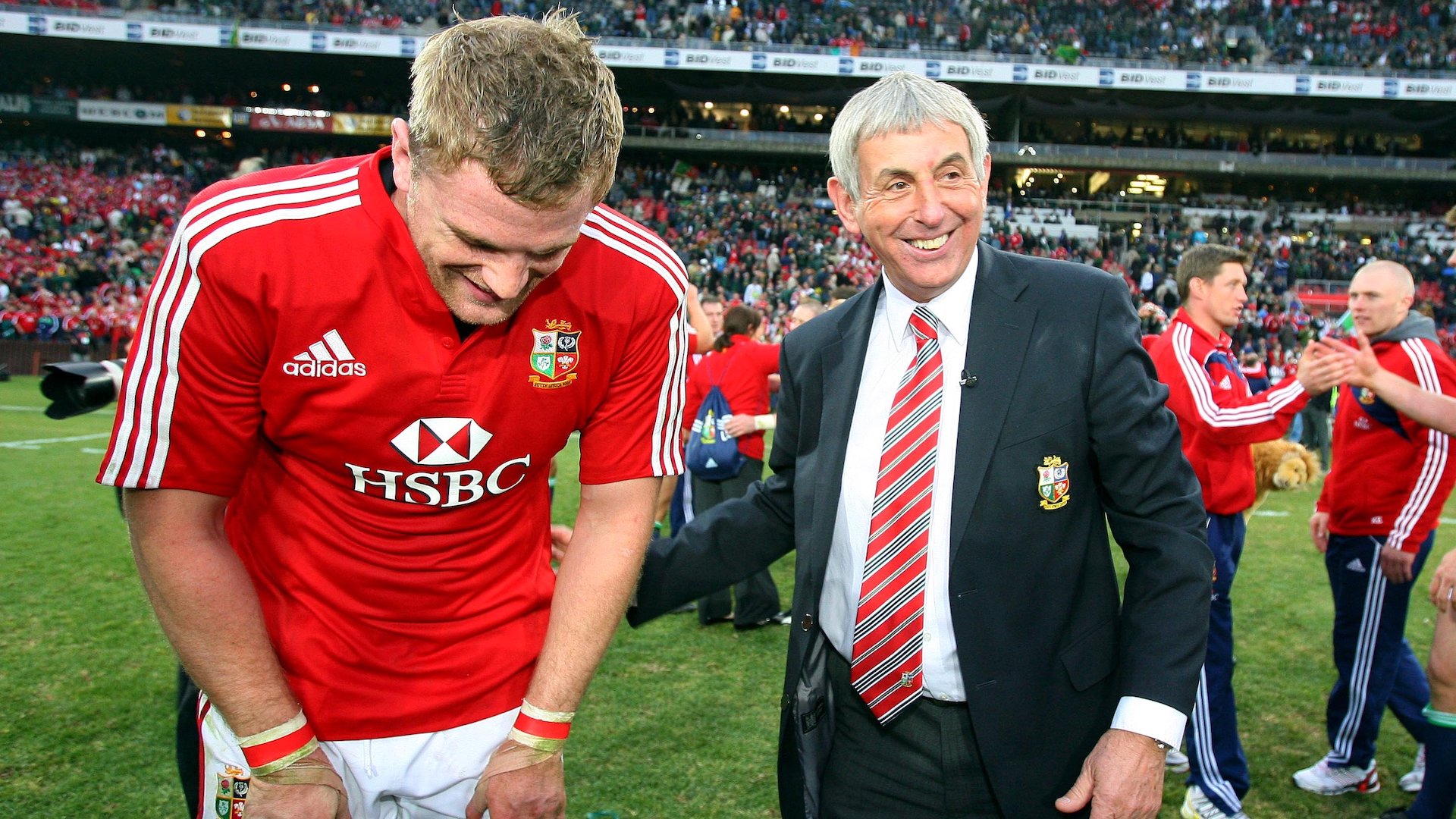 Heaslip remained at the heart of Irish rugby for another five years after his final Lions Tour, earning a nomination for World Rugby Player of the Year in 2016 before retiring in 2018.

But for all he achieved in the game, emulating the heroes he watched conquer South Africa in 1997 and being part of Lions folklore is right up there with his greatest highlights.

“Boyhood dream come true,” he said. “To be able to be the name on that plate for one of the players – so whoever turns up for a Test this summer or in four, eight or 12 years’ time.

“To be part of that club of playing a Test and wearing that jersey, that’s a humbling experience something that I never thought would come true when watching the games in 97.”