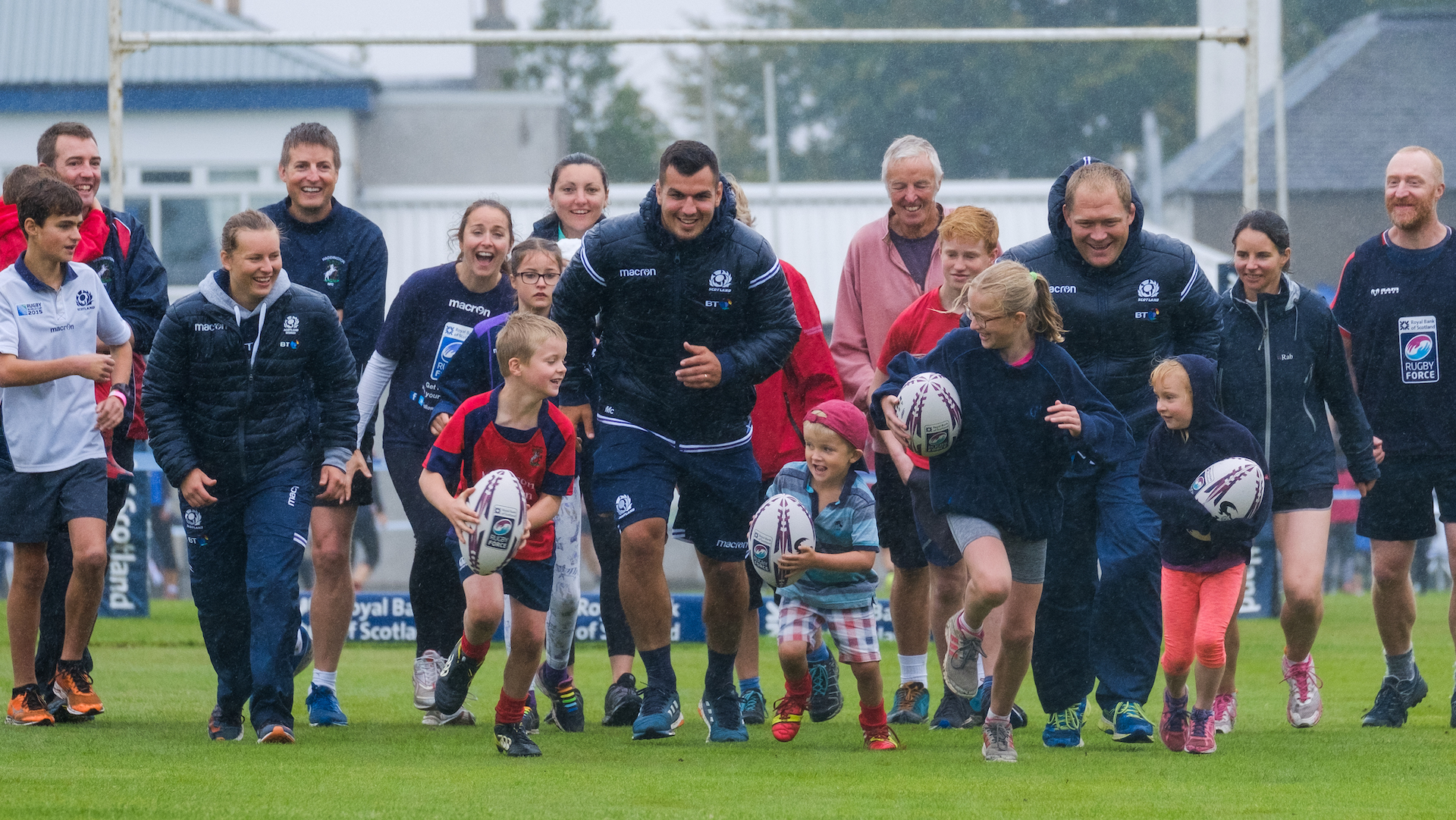 Rugby is so much more than a way of life at Haddington RFC, it’s a family rite of passage.

Based in the town of the same name in East Lothian, the club has seen multiple generations of families come through its ranks since being founded 110 years ago.

Take Haddington’s first connection with The British & Irish Lions, the legendary no-nonsense Scot Mark Morrison who captained the tourists on the 1903 Tour to South Africa.

While Morrison did not play for the club, records show that the East Lothian farmer did once referee a game at Neilson Park and his son Gordon did represent Haddington on the pitch.

Haddington also spawned two Lions of their own in Finlay Calder and Derek White, who both donned the famous red jersey on the 1989 Tour to Australia. 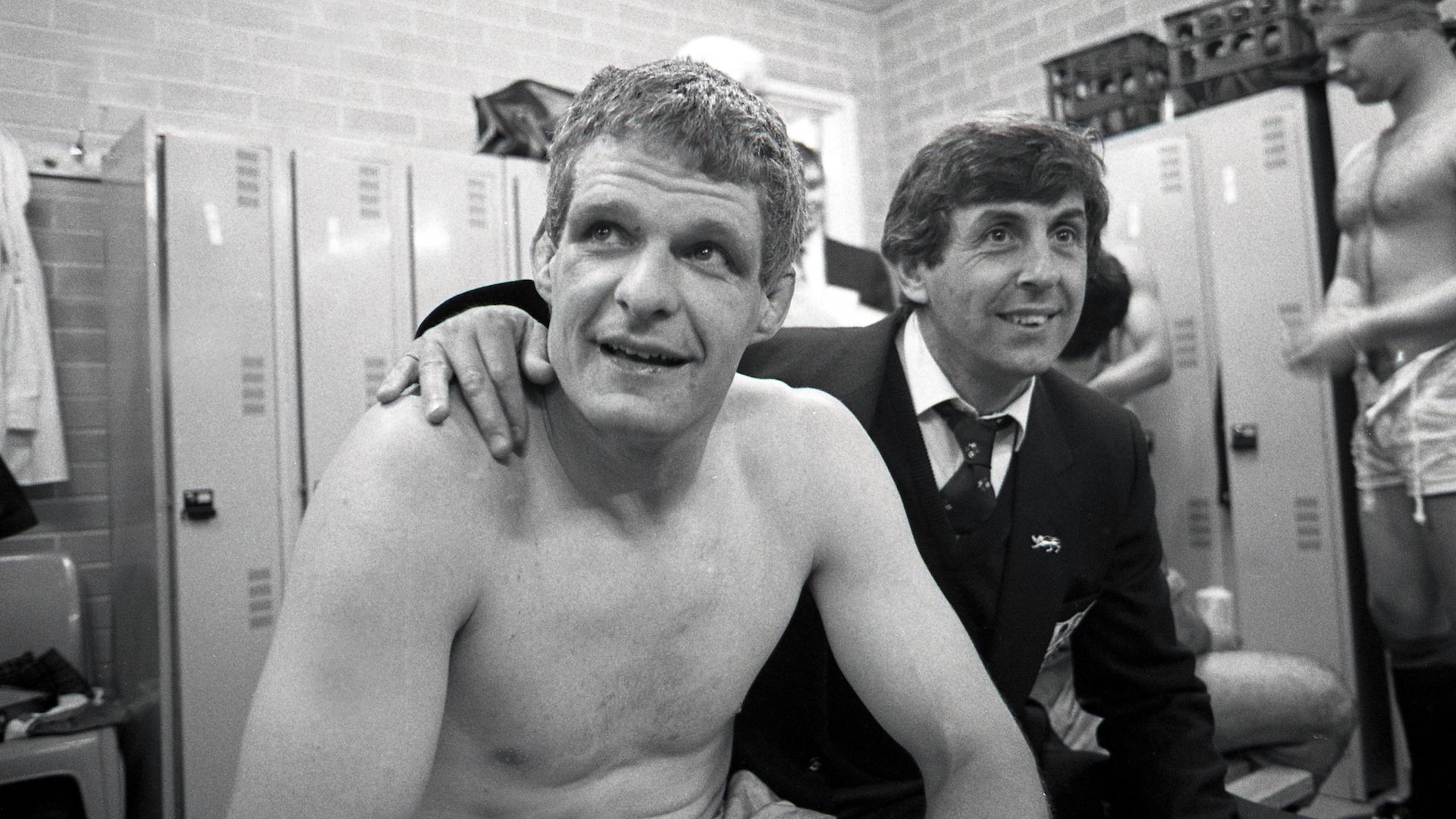 And with Robin Calder – the dad of Finlay and Jim – also part of Haddington’s rich history, it’s no surprise that president Keith Wallace is proud of the club’s impressive family tree.

“We are 110 years old, and it’s 50 years since we first had our mini rugby, so it’s great to be celebrating with the Lions in this way. We’re a small club with lots of family connections,” he said.

“We claim our first Lions connection before we were founded, the great Mark Morrison, an East Lothian farmer. You then have to wind forward to the late ’40s, early ’50s, to a team that my late dad played in for our next Lions connection.

“He was the grandfather of John Beattie Jnr, and Ronnie Glasgow, who many say would have played for the Lions in ’62 if he’d been able to get enough time off work. 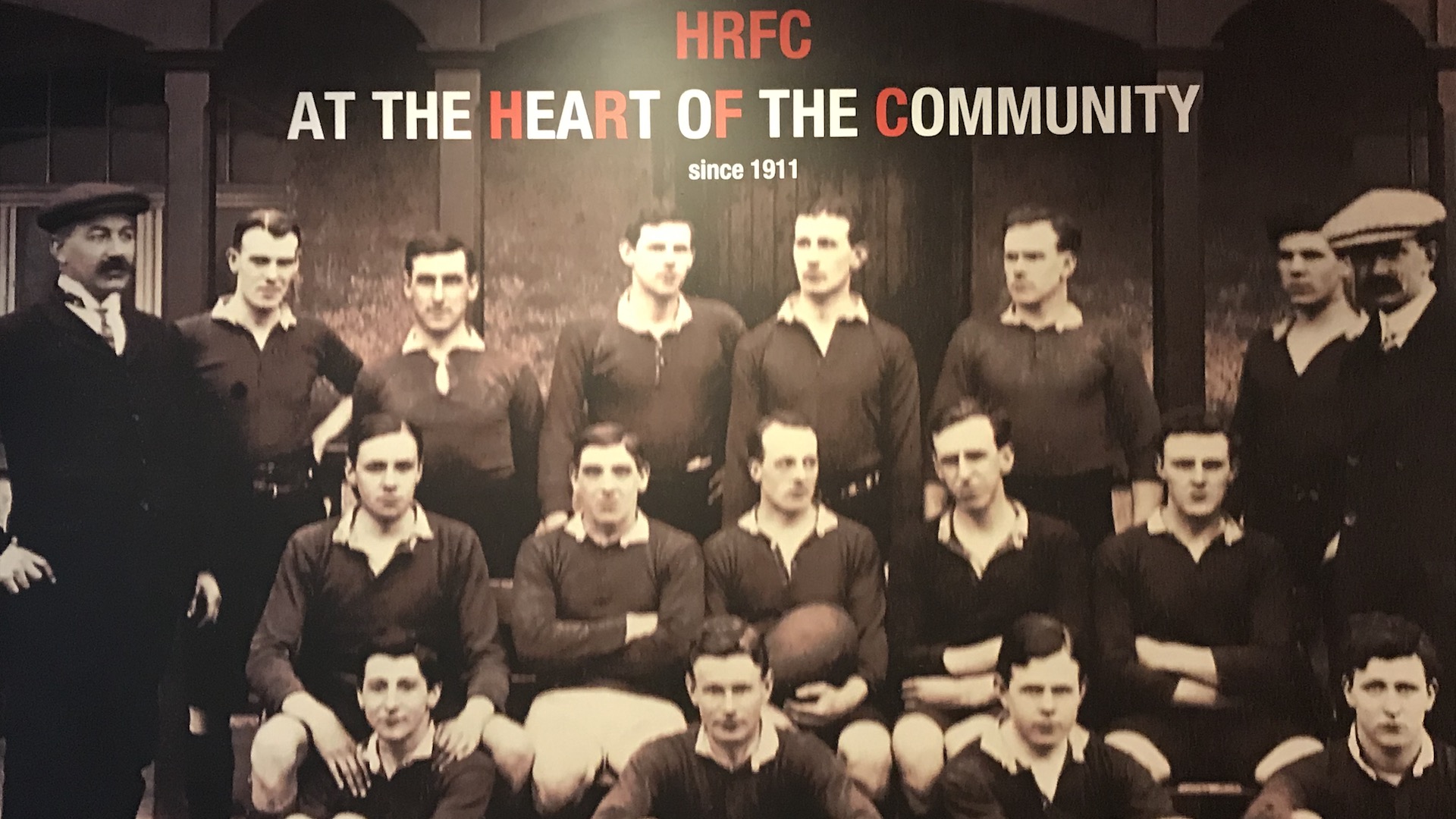 “You then need to wind forward to ’89, where Derek White, our first direct Lion played and of course he lined up in the first Test alongside Finlay Calder, so we had two players in the starting line-up born in our little town of Haddington.”

Despite being three generations apart from his touring great grandfather, Mark Morrison Jnr is proud to continue his legacy at Haddington where he has played since his teenage years.

“I’ve played there from the age of 15 onwards, still playing now occasionally for the seconds and my great grandfather captained the Lions Tour to South Africa in 1903,” he said.

“It’s great to be part of Haddington Rugby Club, a Lions Origin Club and we look forward to hopefully producing more players of that elite calibre in the future.”

The Elder family is another whose history is inextricably intertwined with Haddington, with Hugo Elder playing on the club’s famous team of the 1950s with Wallace’s father, Calder Snr, Gordon Morrison, Bill Dudgeon and Ron Glasgow. 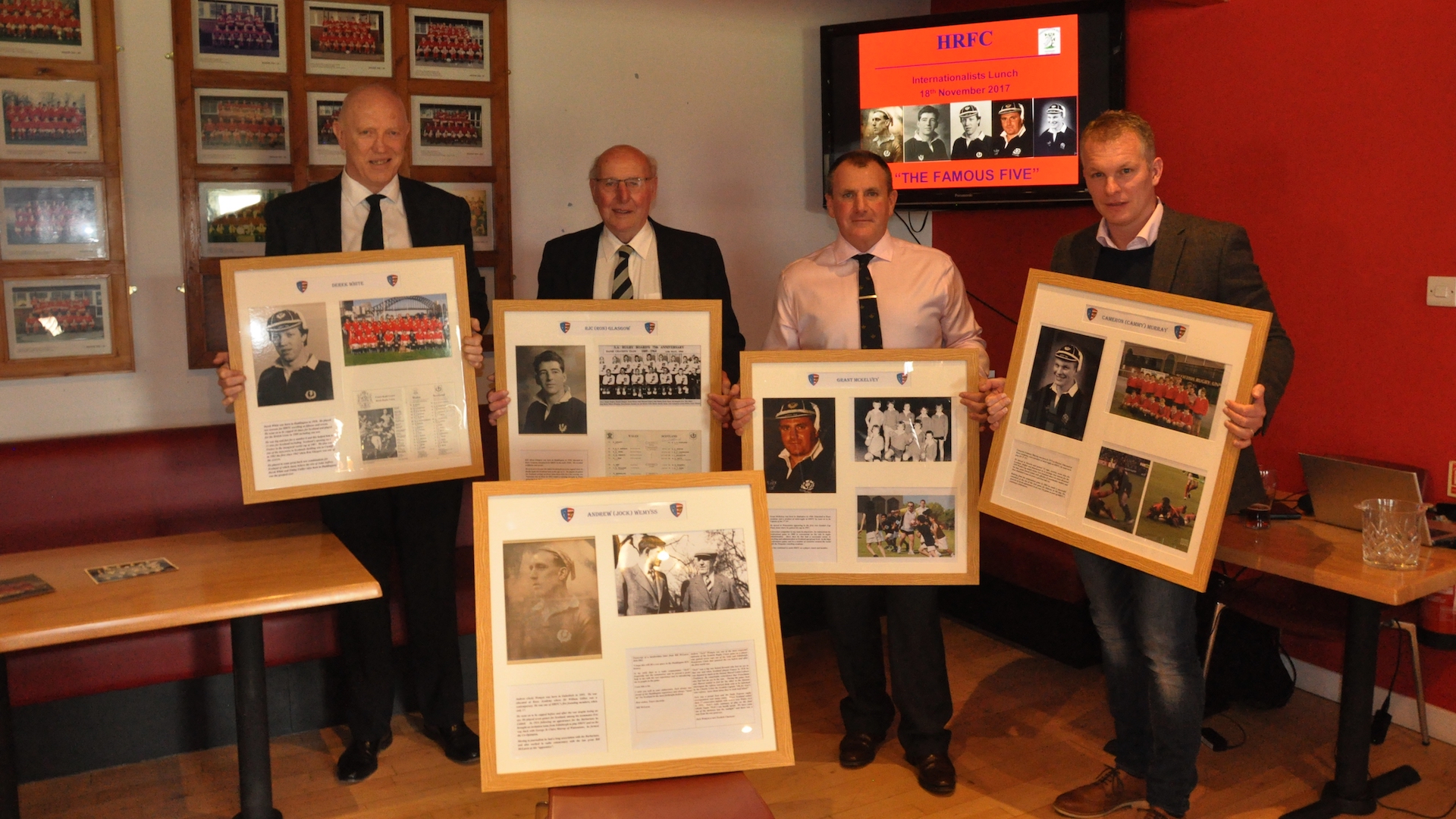 Elder’s grandson, who is also called Hugo, now plays for the Haddington Under-18s and emphasised just how important the club has been to his life from a young age.

“I play for the U18s at Haddington, I’ve been playing for the club since I was four,” he said. “For as long as I can remember the rugby club has been a part of basically who I am.

“My grandad played alongside Robin Calder, him being the father of Fin and Jim, and it’s just a good sense of connection with playing alongside their dad and really connects me to the club.

“It’s just a great experience playing for a club that Lions have gone through and been associated with. It’s something to aim for really, you can just aspire to maybe go the same path as them.”

Feature: A Lions captain, a Sccotland great… and my uncle

As well as being a Lions Origin Club, Haddington RFC carved out another slice of history in 2018 by setting a new World Record of 467 for the most participants in a touch game of rugby.

Players from the age of five to 73 turned out for the contest, including 18 members of the Snodgrass family, covering three generations, a former president and two former captains.

Bob Snodgrass, Haddington RFC vice president, was one of those who took part in the record-breaking feat and feels the link with the Lions has been an inspiration to the club’s youngsters. 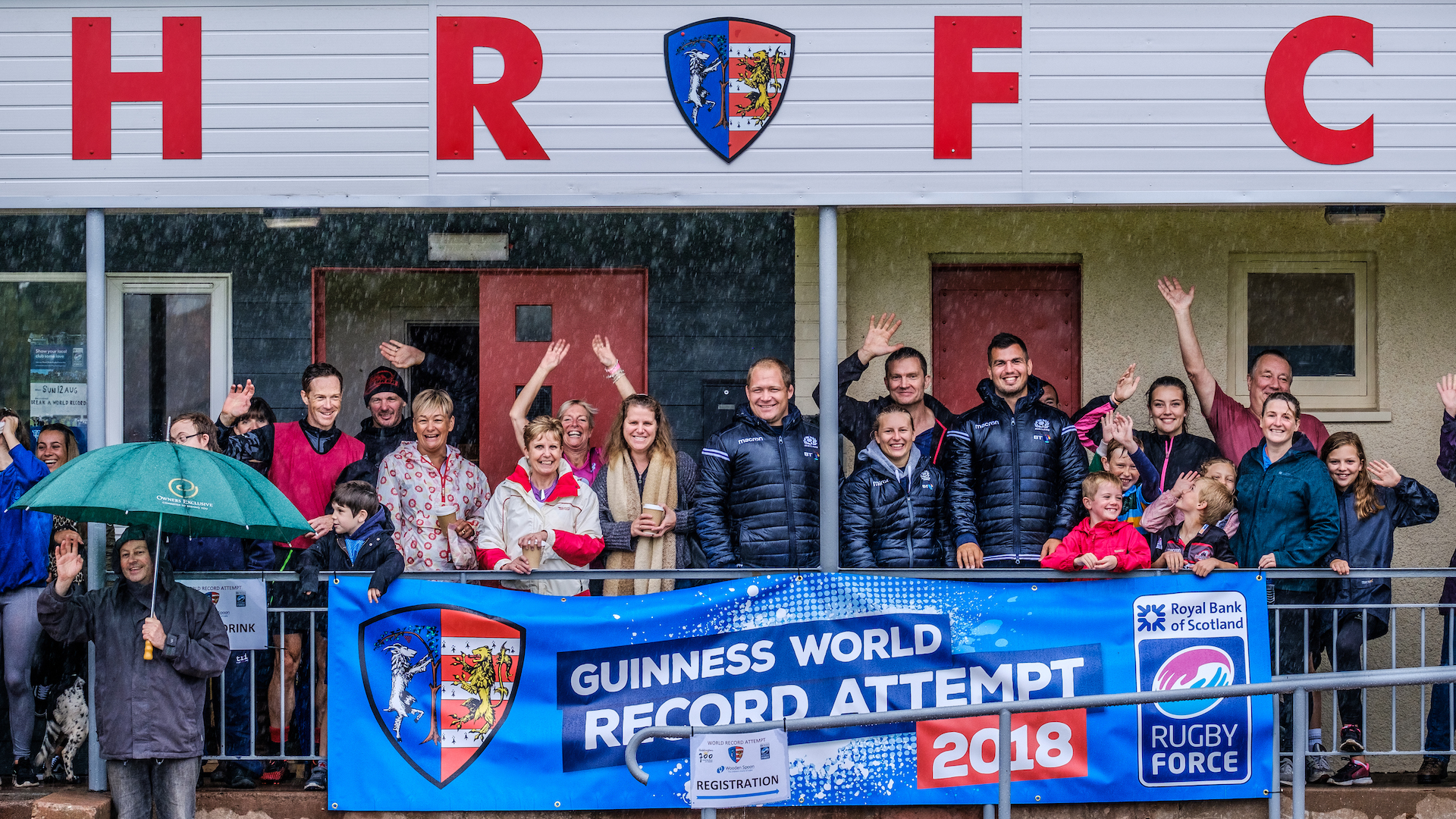 “We’re a relatively small community in East Lothian and any community like that is going to have multiple generations of players and people involved at the club,” he said.

“Everyone plays rugby because they enjoy it, but it’s great to have any connectivity or affinity to individuals who have gone on and played the game at a higher level.

“Those who played the game, these days professionally, represented their country and obviously if you’re Scottish, the pinnacle of your representative honours is The British & Irish Lions.

“So, it’s great that we’ve got connections from the past, family connections with individuals who are key parts of the club today, like the Morrisons.

“I think Haddington being a Lions Origin Rugby Club is a great opportunity for us to inspire the next generation.

“It gives us an opportunity to attract some more players, some more kids to the game, and inspire them to be the best they can be.”

Feature News
Previous story Sinckler: Even if I didn’t go on the Tour, I was a Lions fan first
Next story Lions Tour update: Kelleher to train with squad