Artistic tribute to the Lions unveiled at Cardiff Castle 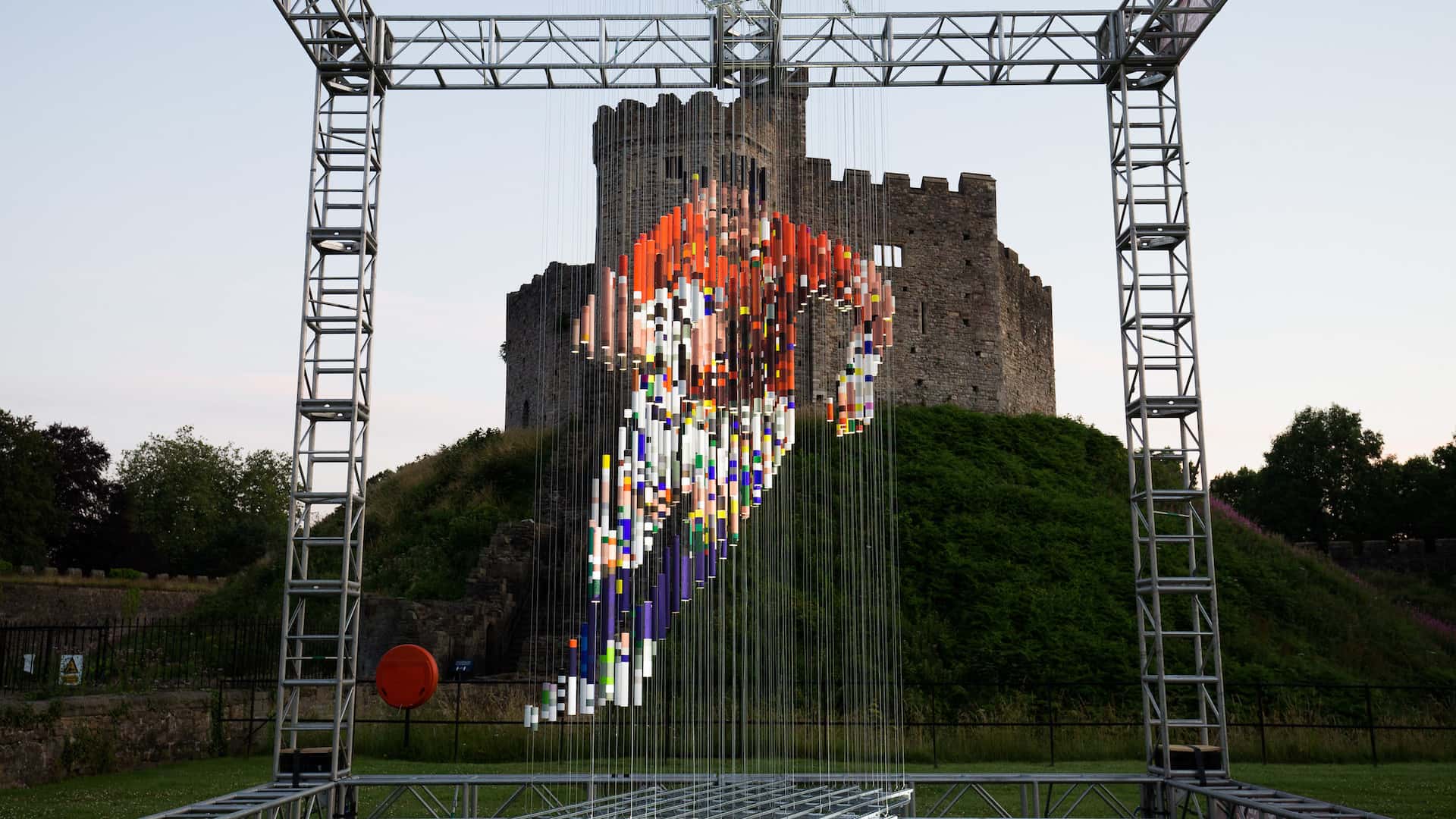 A special artistic tribute celebrating The British & Irish Lions for fans back home in the UK has been commissioned by Sky Sports and streaming service NOW.

Taking over Cardiff Castle ahead of the opening Test of the 2021 Castle Lager Lions Series, the installation is inspired by the historic Tour that captivates rugby fans every four years.

It is hoped that fans and members of the public in the Welsh capital will be able to savour the atmosphere and share their passion in the absence of touring supporters in stadiums.

Constructed in the city’s iconic 2,000-year-old castle grounds, the ‘perceptual’ art-piece takes on two different forms, dependent on the standpoint from which it is seen. 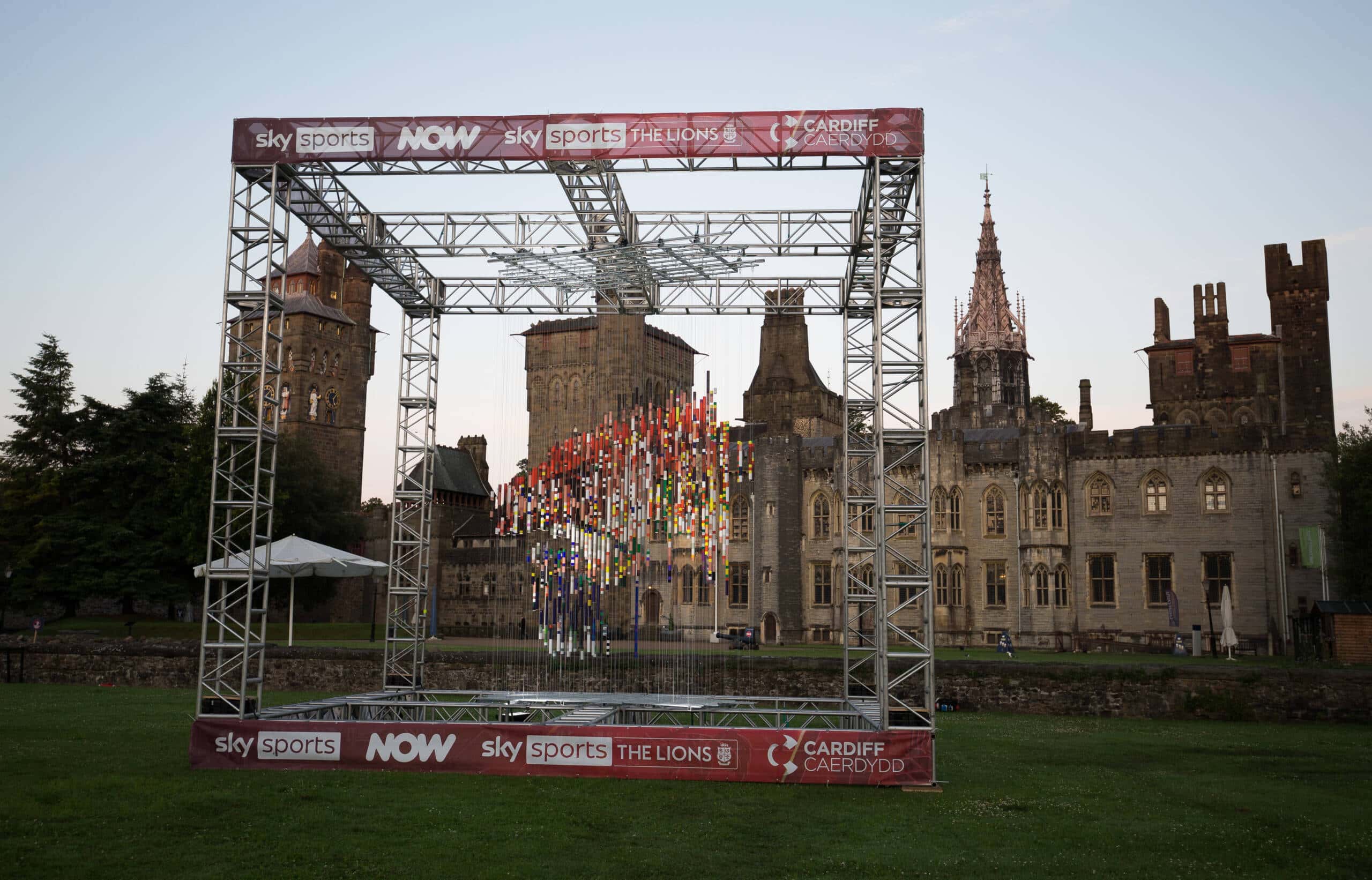 That means the viewer must move around the installation to witness its form blur into an indistinctive haze, before it refocuses into an entirely new shape.

From one angle, the art shows an action-packed Lions player sprinting with ball in hand towards the try-line while from another, it depicts the head of a roaring lion.

Owens relishing huge step up against South Africa A

The artwork, known as “The Lion”, is 7m x 7m in size, and comprises 300 pipes suspended from a frame and wrapped with 180 metres of coloured vinyl prints, with each colour representing the four nations that combine to create the British and Irish Lions.

Sky Sports and NOW have collaborated with perceptual artist Michael Murphy to create the artwork, described as “illusions of images rendered in three-dimensional space”.

It aims to represent the passion of the famous Lions fans, known as the “Sea of Red”, who for the 2021 Tour are unable to roar on the squad in South Africa. 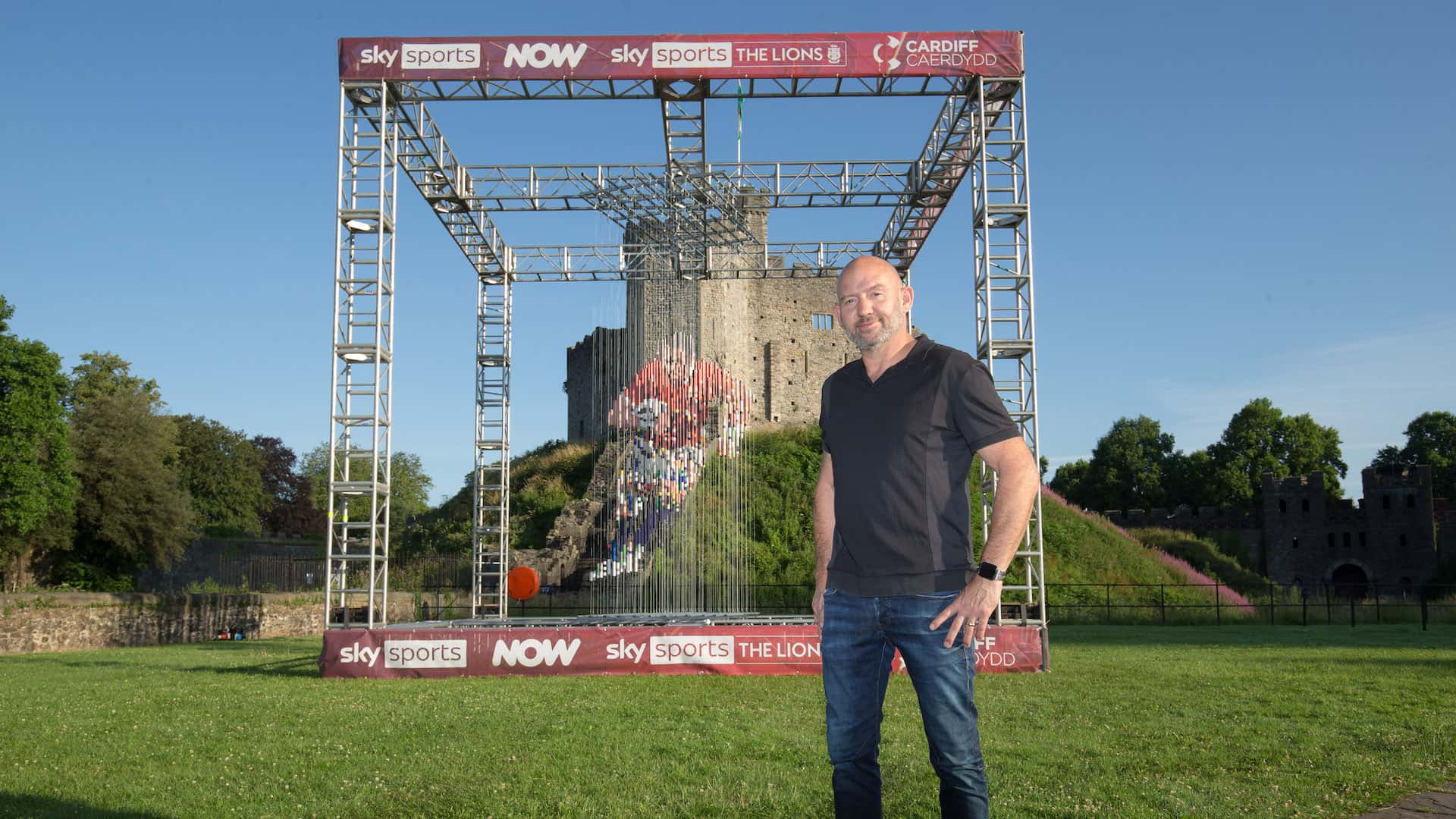 Artist Murphy said: “I’m really excited to have unveiled this artwork – which I have named simply “The Lion” to celebrate The British & Irish Lions tour of South Africa is what I call a “multi-directional illusion sculpture” – a halftone image rendered in three-dimensional space.

Cardiff Council Cabinet Member for Culture and Leisure, Cllr Peter Bradbury said: “This is a fitting tribute to the British and Irish Lions team, placed in the historic setting of Cardiff Castle, and a stone’s throw from Principality Stadium, one of the most iconic venues in world rugby.

“There will be many disappointed fans in Wales at the moment, after they were all set to head to South Africa to cheer on the team from the stands, but this artwork is a symbol of the great support the Lions will still be getting from back home.”

Lions fans will be able to visit Cardiff Castle to see “The Lion” in place from the 14th-19th July, where it sits in place against the backdrop of the castle walls through the weekend, ahead of the Lions taking on South Africa in the opening Test match.