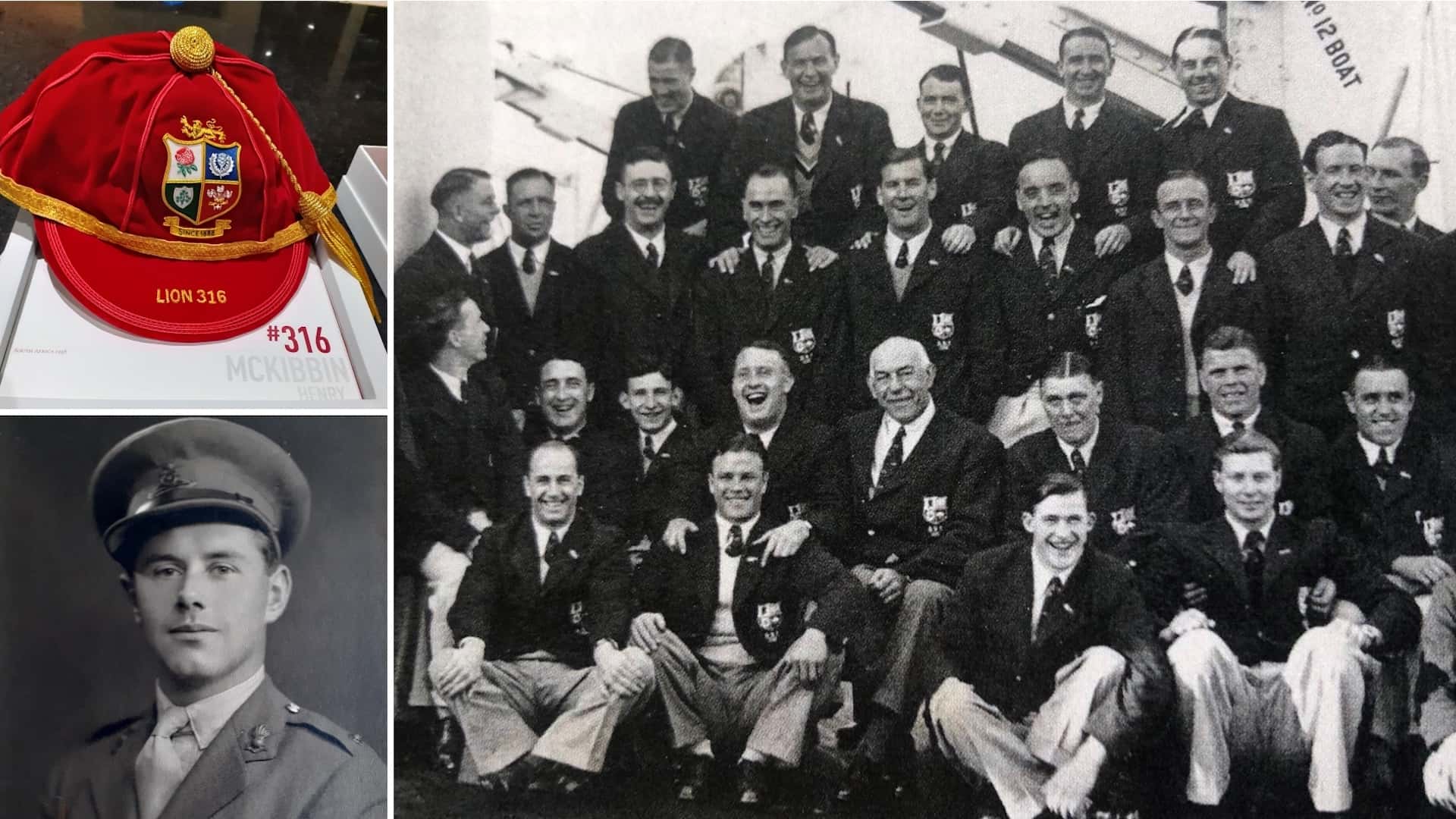 From Belfast to Bloemfontein, he made an impact with the oval ball, while off the field he helped to shape the future of Irish rugby, ensuring he will go down as one of the most significant figures in the game.

Though many will know him as an Ireland selector and president of the IRFU, to others McKibbin was a buccaneering centre with pace to burn.

He was just 22 when he made his Test debut for Ireland against England in 1938 and he must have shone because later that summer he was picked to Tour South Africa as a British & Irish Lion.

The Springboks won that series 2-1 but a young McKibbin impressed, forcing his way into the Test side with a string of stand-out performances in some of the 21 Tour matches the Lions played. 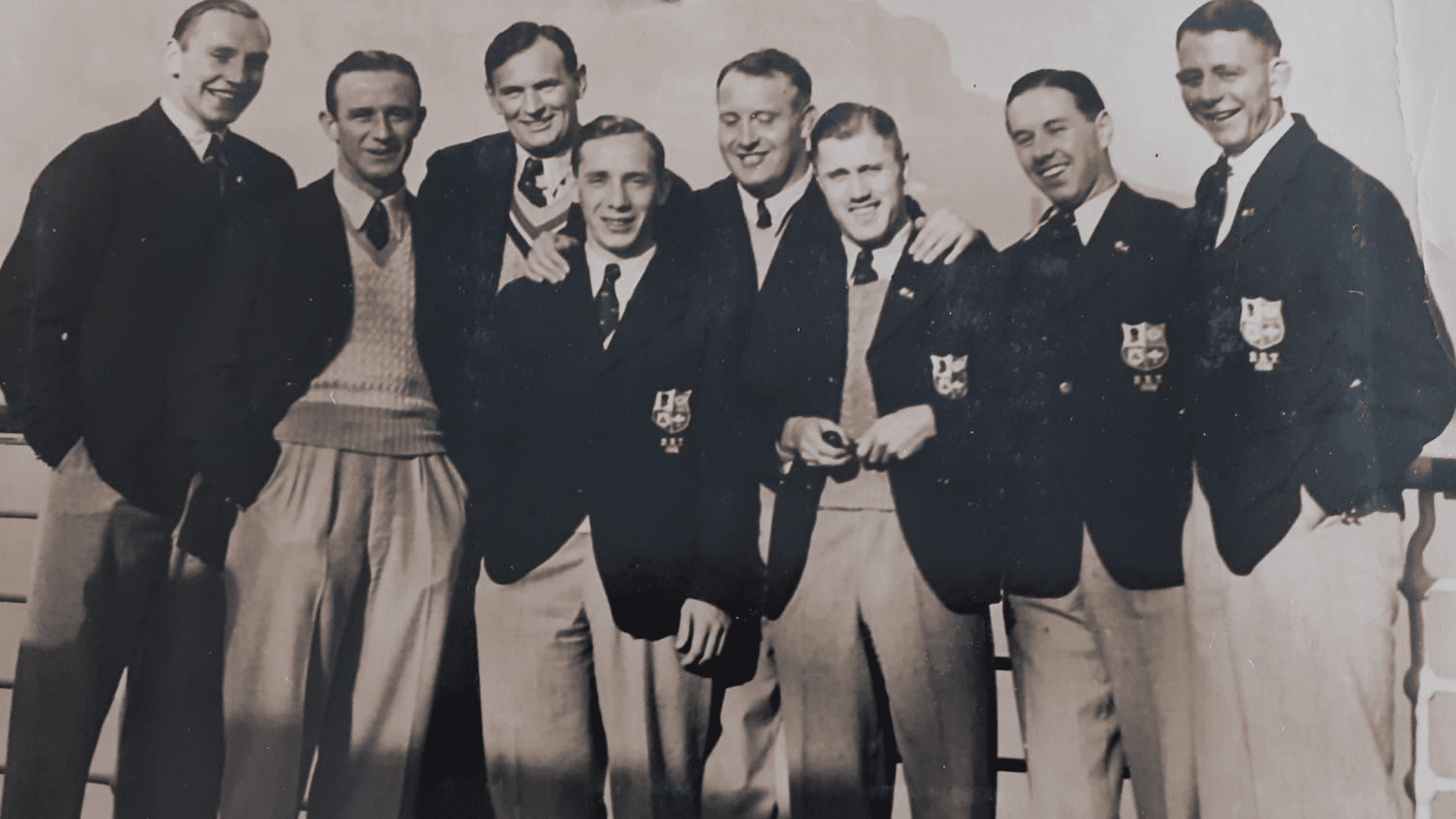 The family of Lion #316 recently received McKibbin’s unique embroidered cap as part of The 1888 Club project, which aims to recognise all those who have contributed to the tourists’ enduring legacy.

And after being bestowed with his one-off, hand stitched cap, his eldest son – also named Harry – said that Tour was one of the best times of his father’s life.

“He said he was always tremendously honoured. He was a very modest man, so he didn’t sort of blow his own trumpet at all about it, or say what he had done. Anything about it that I found, I found from his scrapbooks and all the rest of it.

“But yes, it was a very important stage of his life. He was very excited by it, there’s no doubt, and you could see that. He kept his jerseys and all that sort of thing. The Lions, of course in his day, they played in dark blue jerseys, they weren’t the red jerseys they have now.”

Born in Belfast in 1915, McKibbin was academically gifted. He went to Queen’s University in Belfast to study law and qualified as a solicitor. He practised law for most of his life.

McKibbin played rugby for Queen’s University, then Ulster, was first capped against England in the 1938 Five Nations and was then off to South Africa. In just four months, he’d gone from talented protégé to The British & Irish Lions.

The squad, coached by Major B.C Hartley and captained by Sammy Walker, travelled by boat to South Africa. 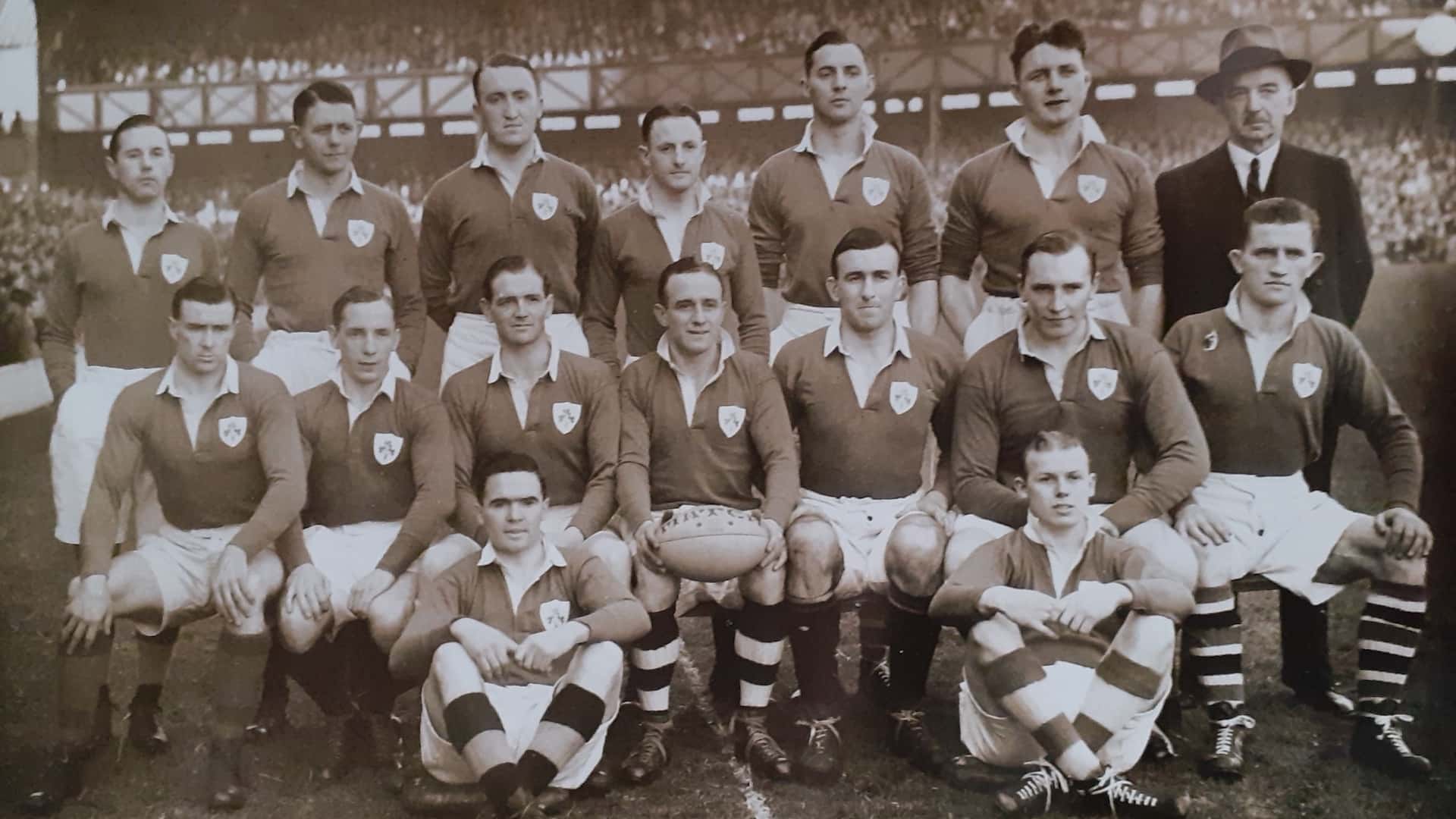 “It was very exciting and of course, they had to try and keep fit. They did their exercises every day on the ship,” the younger Harry McKibbin said.

“I’ve actually got some photographs that he took at the time of his teammates and so on. They’re playing deck cricket and they’re playing all sorts of silly games on the boat.

“It was more or less like going on a cruise down to South Africa and then spend three months down there and a cruise on the way home. It wasn’t bad for amateurs, as they were in those days.”

Like so many others, the Second World War deprived McKibbin of his pomp. He joined the Royal Artillery and had a distinguished war record, fighting in Dunkirk and in Burma.

He rarely spoke about his war experiences and when he returned he briefly played for Instonians before turning his attention to the board room.

He was an Ireland selector from 1960 to 1963 and the president of the Ulster Branch. He also went back to South Africa in 1962 as the assistant manager of the Lions.

“It was wonderful because he brought back Lions jerseys for us and lots of little souvenirs and little bits and, of course, he corresponded with us on a regular basis throughout his stay there,” Harry said.

“Yes, it was tremendously exciting for us, absolutely. You felt about 10 feet tall.”

McKibbin’s road through rugby was far from done. He was made centenary president of the IRFU in 1974 and was awarded a CBE for services to rugby the following year. He was later inducted into the Rugby Writers of Ireland Hall of Fame.

Rugby flows through the McKibbins blood and Harry senior is not the only esteemed player in the family.

His brother, Des, was also an Ireland international and was a president of the IRFU, while two of his sons, Harry and Alistair were also capped. His third son, Roger, was an interprovincial player before injury curtailed his career. 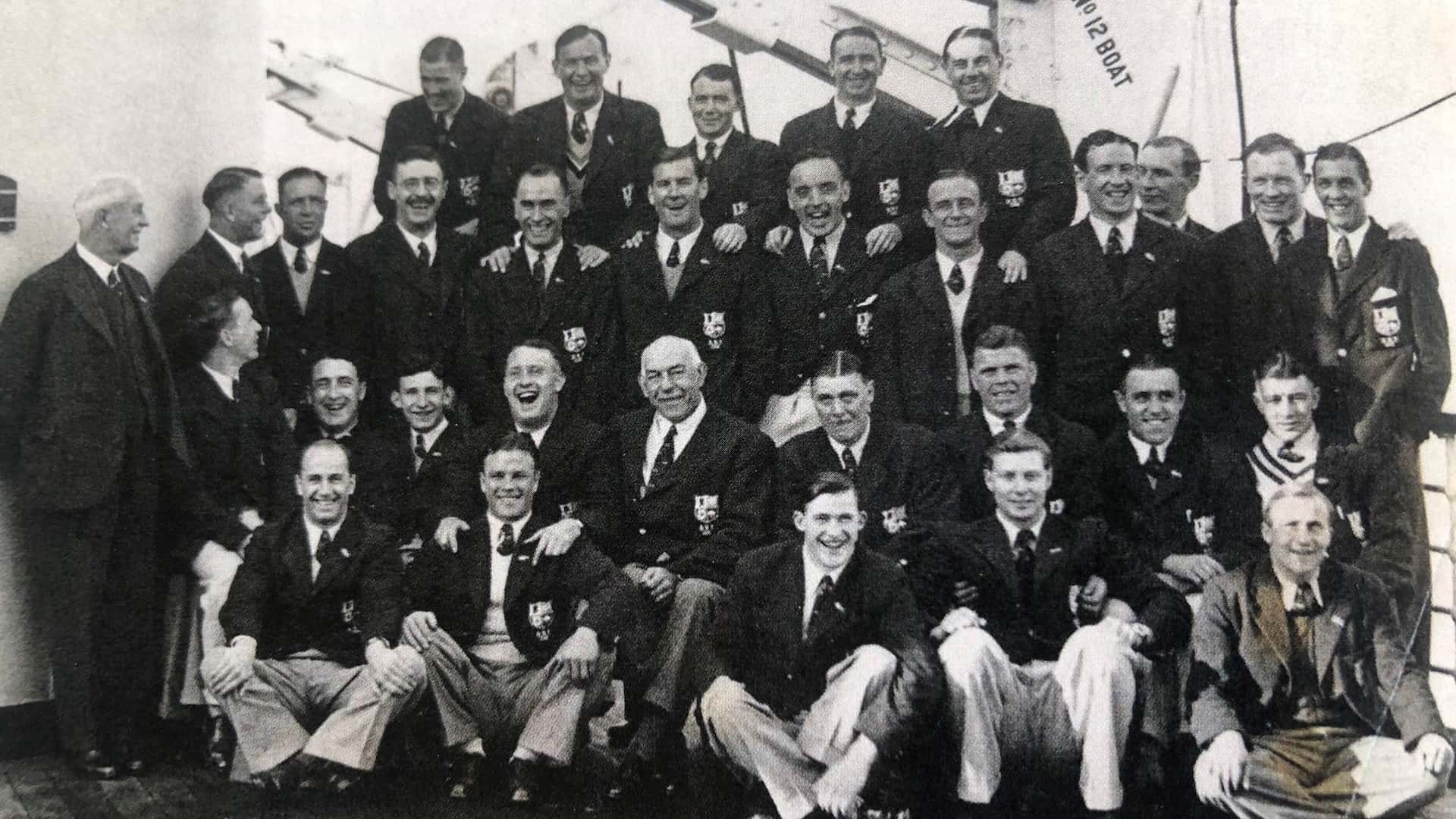 Harry junior, the eldest of four children that also includes their sister Deborah, was the recipient of the cap and says it is far beyond his imagination.

“It’s the most beautiful way to present it with the letter and the picture of the tour party and so on, which we got as well as the bag and this.

“It would bring back memories for him as well, I’m quite sure of that – some of which, as I say, he used to talk about and some which he didn’t.

“It’s a wonderful memento to have, absolutely fantastic. It’s not something that he would have promoted I’m bound to say but it’s because you’re proud of your dad and we were very proud.”