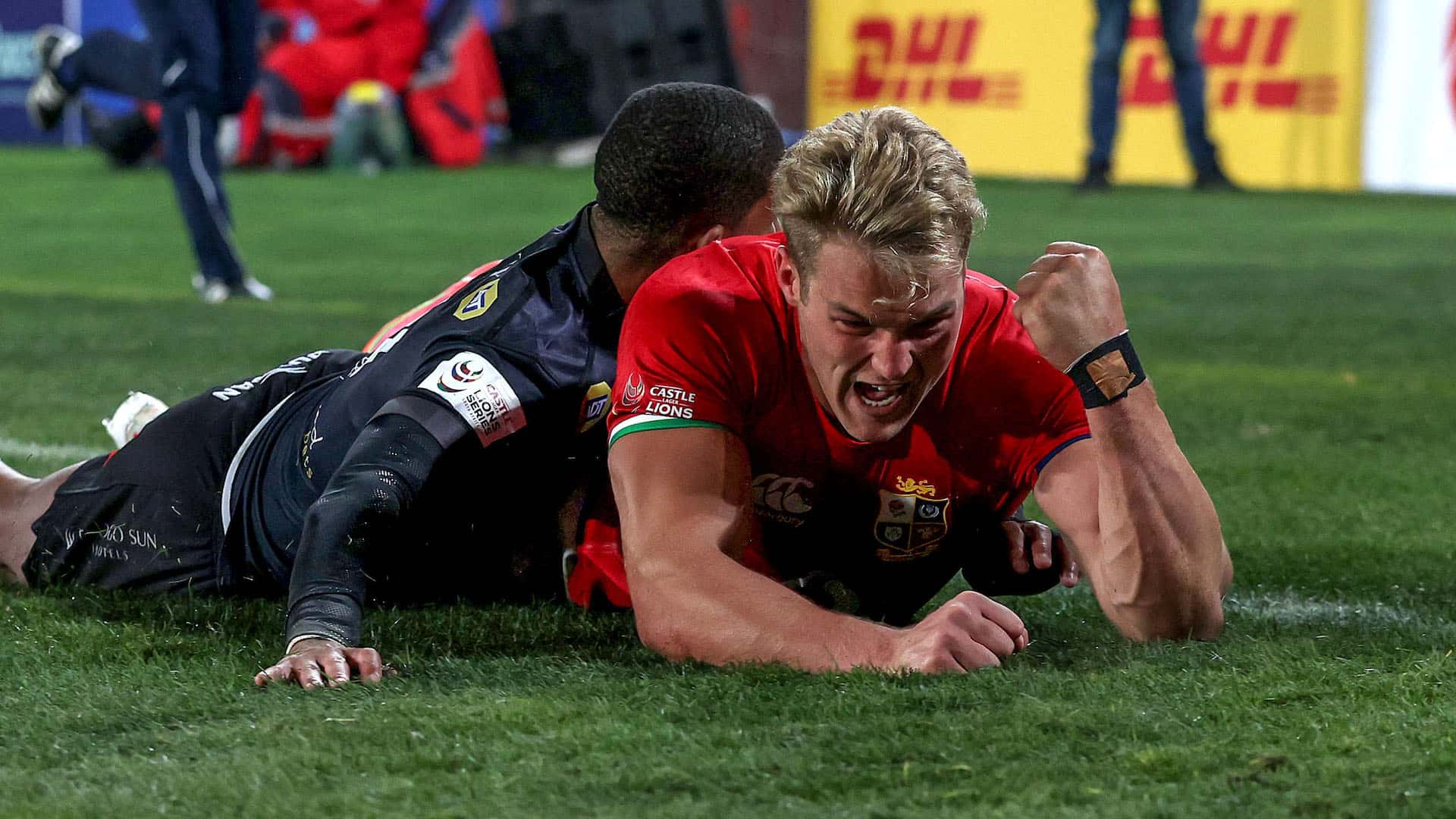 Rugby looks like it comes so easy to Duhan van der Merwe.

That’s certainly how it has appeared from the outside over the past year while watching the strapping 6ft 4ins South African-born winger in full flight for club or country.

In fact, terrorising defences has become second nature for Van der Merwe since he burst onto the international stage with Scotland in October 2020, scoring nine tries in 13 appearances.

His remarkable form resulted in him being called up by Warren Gatland for The British & Irish Lions’ Tour to his native South Africa, where the tries just kept on coming.

But Van der Merwe’s road to international stardom has not been without a few bumps along the way, with his transition from school rugby to the senior stage far from seamless.

“In the back garden with my brother in South Africa was my first taste of rugby and then I played rugby in school and then went to the Bulls after school,” he said. 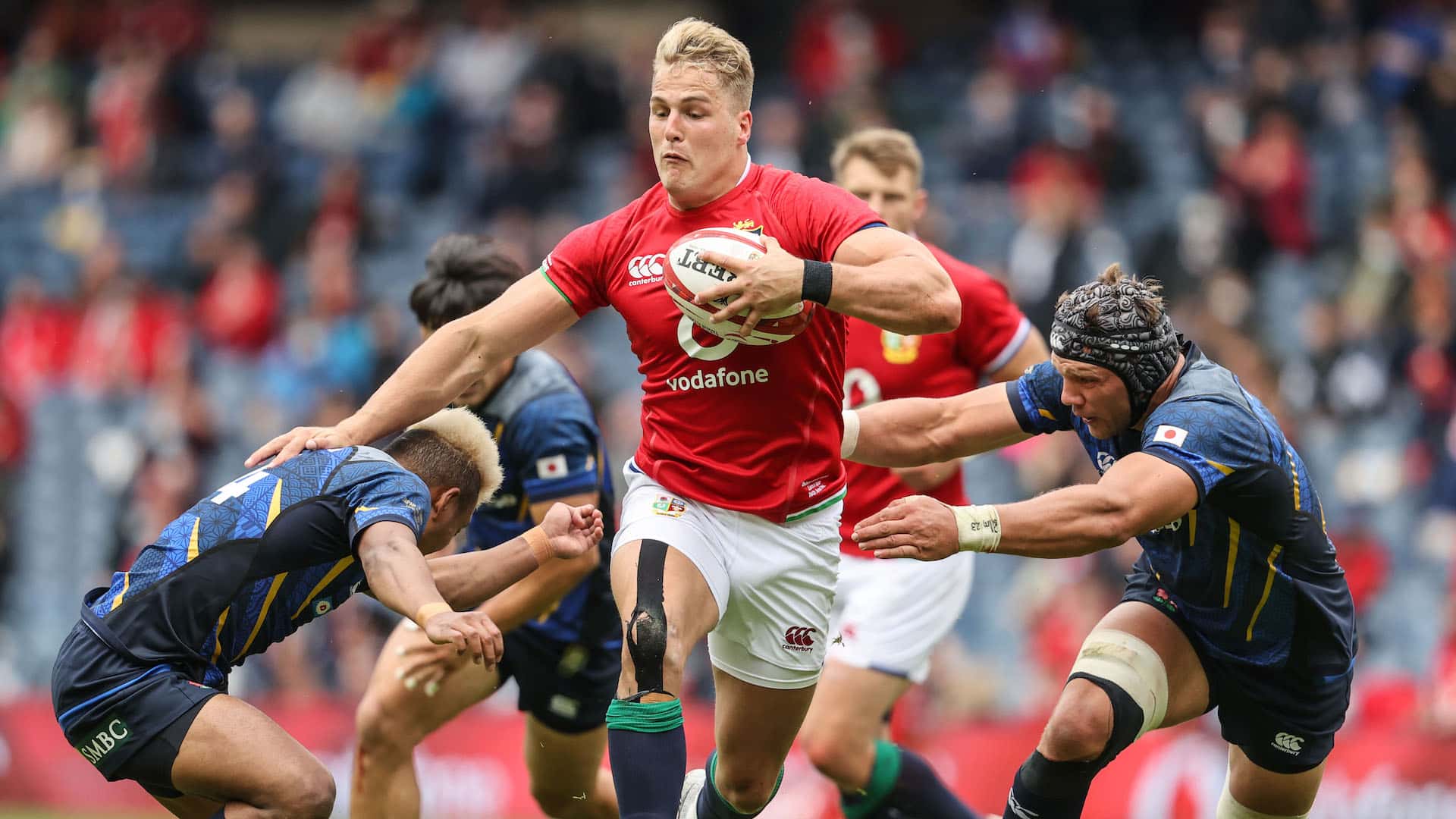 “Things didn’t work out as I probably wanted it to and I decided to leave, went to Montpellier and then I went to Edinburgh and that’s where my career actually started.”

He joined the Blue Bulls’ academy for the 2014 season after leaving high school and was a late call-up to the South Africa Under-20 squad at the Junior World Championships.

His career with the Bulls struggled to take off, though, and it was only through the encouragement of his brother, Sale Sharks hooker Akker van der Merwe, that he persisted with rugby.

“My brother plays for Sale and at the age of 15 I wanted to give up on rugby and play a different sport but he got me doing extra in the gym and on the field and stuff,” he said.

“He always believed in me when things weren’t going that well after school and he backed me to make the move to come abroad to play and ever since I’ve always looked up to him.” 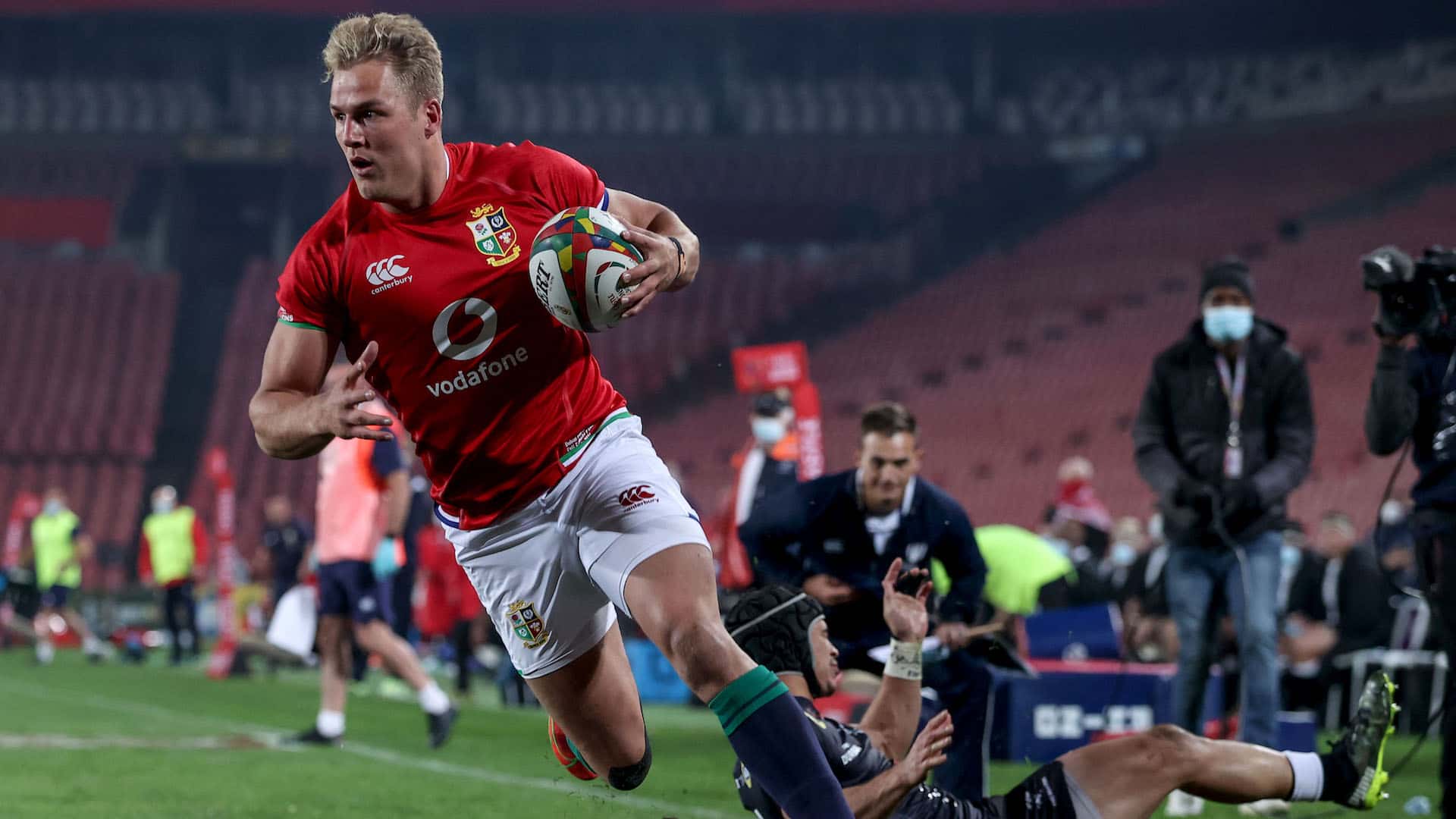 A stint in France with Montpellier was followed by a move to Edinburgh, where Van der Merwe went from strength to strength despite failing his medical on his arrival at the club.

“Coming over as a young boy to the UK, trying to start my rugby career all over again because things didn’t go well for me back home in South Africa, wasn’t easy,” he continued.

“Failing a medical, I was thinking that’s probably me done now but then I got a lifeline from Edinburgh and loved it there ever since, I enjoyed playing for Edinburgh.”

Van der Merwe soon repaid the faith then Edinburgh head coach Richard Cockerill showed in him, with his club form earning him a Scotland call up after qualifying through the residency rule.

A try on his international debut against Georgia was a sign of what was to come, with the winger also crossing the whitewash against Italy and Ireland before the end of 2020.

By the end of the 2021 Six Nations Championship, Van der Merwe had added another five tries to his tally, including a brace in Scotland’s historic victory over France in Paris.

“After three years I knew I would qualify for Scotland and luckily I was playing some decent rugby and I got a call up and I love the environment we have in the camp,” he said. 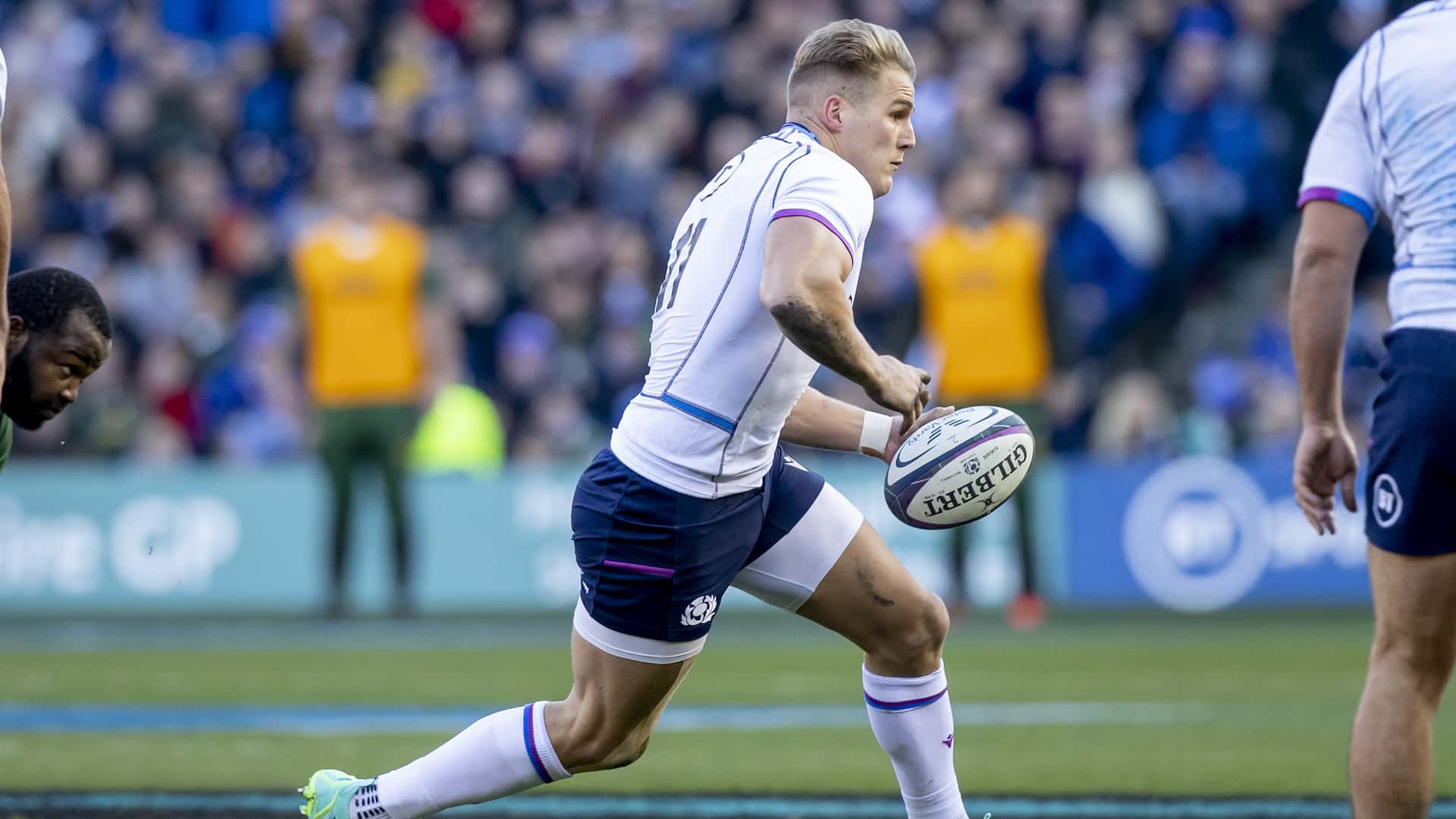 “I got on with the boys really quickly in the Scotland camp.”

With eight tries in his first ten Test matches, it was no surprise to see Van der Merwe’s name announced by Jason Leonard as part of Gatland’s 37-man Lions squad.

But for the man himself, the announcement was an incredibly emotional day.

“I was back home with the missus because if you’re not involved you don’t want the rest of the guys coming up to you saying, ‘Oh man, you should have been involved’,” he recalled.

“I was just like, whatever way it goes I just wanted to take it in for myself and say it is what it is, but luckily my name was announced and I was just buzzing to be honest.

“I’ve never felt anything like that before. I’m not normally an emotional person but there were a lot of tears and it was just a really emotional day for me and the family. 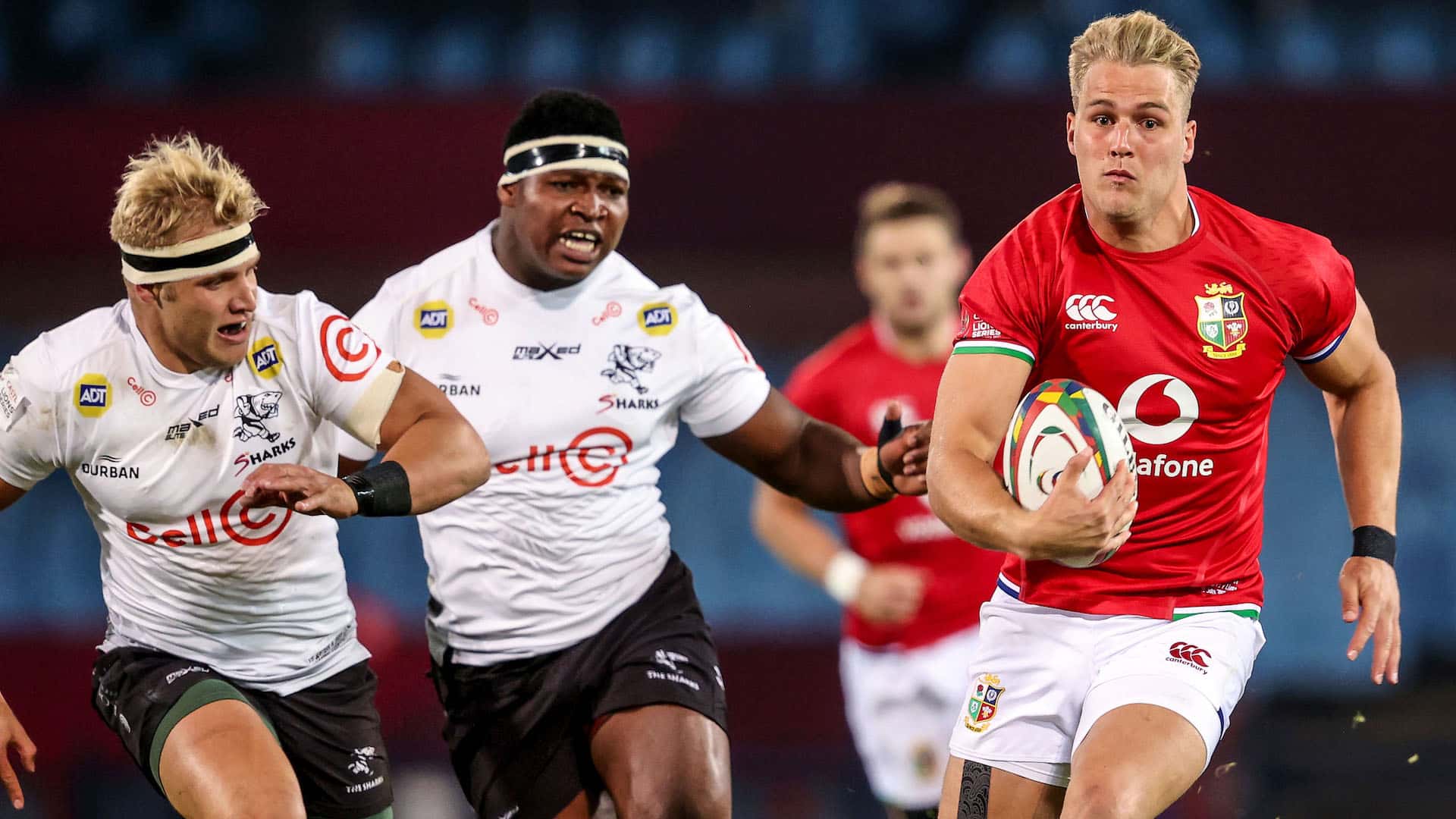 Van der Merwe continued his try-scoring form in the famous red jersey, scoring in the pre-Tour match against Japan before crossing four more times in two matches against the Sharks.

He also started all three Tests against the Springboks to cap off a whirlwind 12 months for the 26-year-old, who admitted that he feels incredibly privileged to have represented the Lions.

“I never thought that I would have the opportunity of representing the Lions,” added Van der Merwe, who joined up with his new side Worcester Warriors after returning from Lions duty.

“It has been some year for me to be honest. For us back home, as a youngster, we always said it was the highest of highs [to play in a Lions series] – you can’t achieve any higher than that.

“Being involved in the squad was just so special to me, I never thought I’d be involved in a British & Irish Lions squad and it’s just such a special experience for me.”