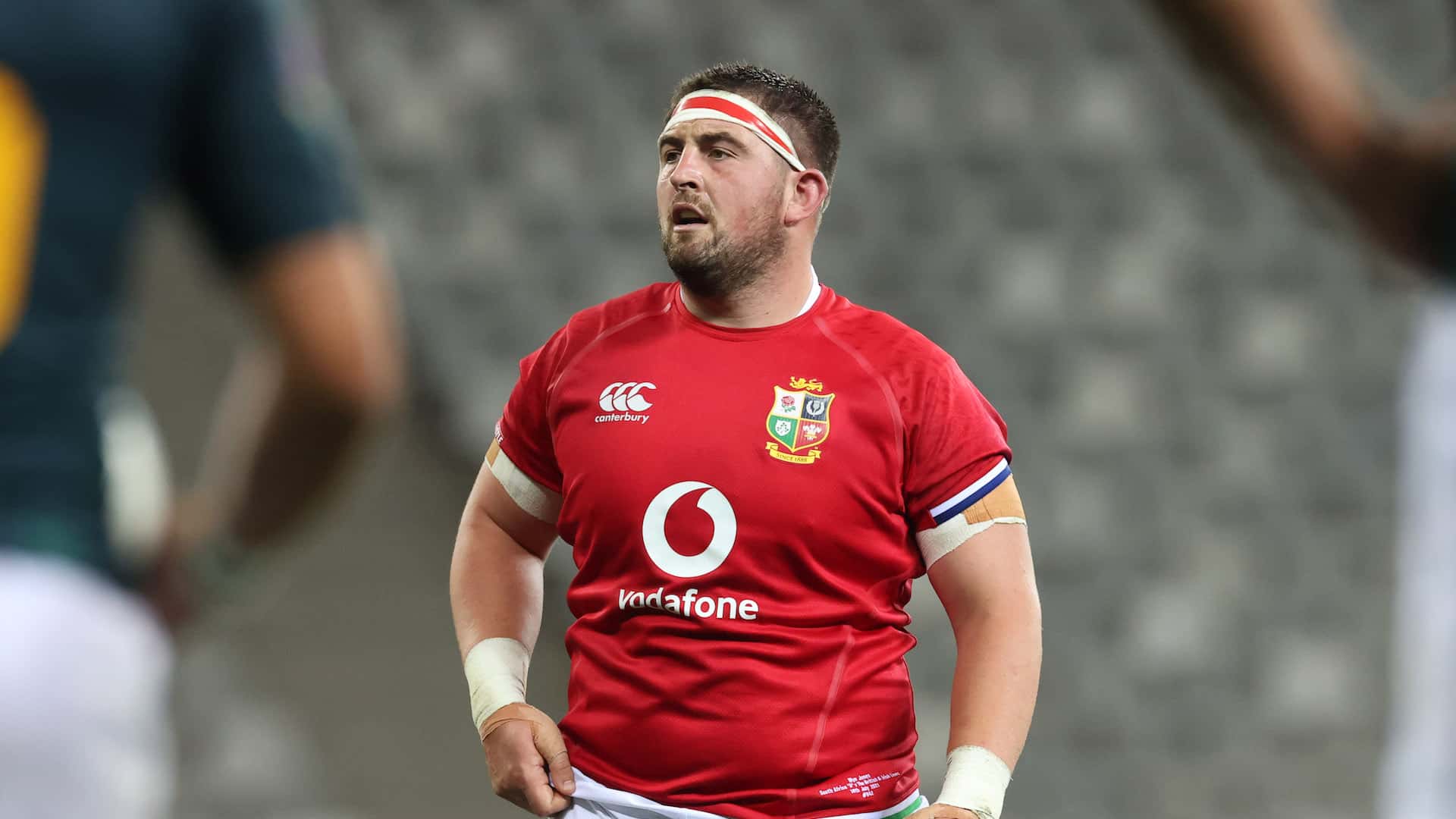 If home is where the heart is, then Wyn Jones’ belongs to Llandovery.

The market town in Carmarthenshire is where the loosehead prop was born and raised, where he first played rugby and only four miles from where he still lives today.

Jones started with Llandovery RFC’s under-7s and continued to play up through the age grades, representing his club in the Welsh Premiership before Scarlets came calling.

The 29-year-old has since gone on to become a regular for Wales on the international stage and win his first Test cap for The British & Irish Lions on the 2021 Tour to South Africa.

But for all he has achieved since making his breakthrough, Jones acknowledges that none of it would be possible if it hadn’t been for the love of the game he fostered at Llandovery.

“I enjoyed playing with friends and that’s where it all started. Dad went to Llandovery College and he played hooker there but apart from that, no one else in the family played rugby. 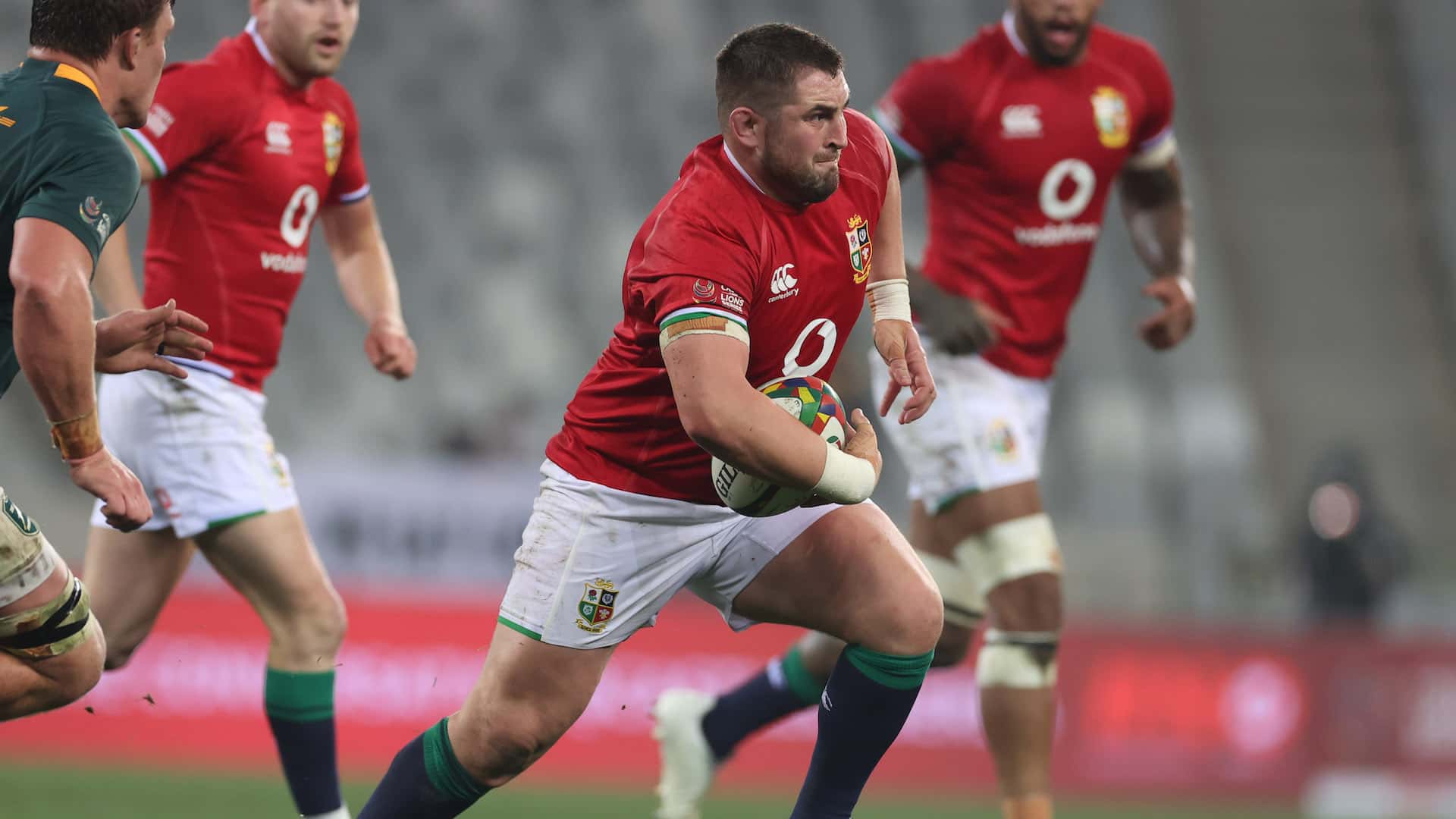 “I’m not too sure when rugby became serious really. I enjoyed it from the under-7s to playing for the youth teams in Llandovery, playing for the second team and on to the first team.

“Then I went on to Scarlets, Wales and now The British & Irish Lions. I’ve just taken each step as they’ve come and I’ve enjoyed it. Maybe it [became serious] after finishing at Aberystwyth University.

“It was after that when I was offered the chance to go full time with Scarlets, that’s when it sunk in that I was going to go professional and make rugby a job in a way.”

Success has never simply fallen into Jones’ lap though, with the forward forced to chase a career in rugby the hard way after missing out on making the regional under-18 team at Scarlets.

Rather than being picked up by the Scarlets academy, Jones earned his stripes by representing the Drovers as he plied his trade for the second team before being promoted to the firsts.

And Jones credits the Lions Origin Club, which also played a significant role in the development of 2021 Tour teammate Tadhg Beirne, with providing him with the support to achieve his potential.

“Llandovery is a small town in Carmarthenshire,” he explained. “It’s a close-knit club that’s supported me all the way as they’ve done with everyone who’s played for the club.

“I owe a lot to the club. They’ve helped me along the way from playing for the under 7s to the first team. Everyone’s been a huge help, and there’s probably too many names to start listing them.”

Llandovery RFC president Handel Davies believes Jones broke the mould on his journey to the top, with his try against Carmarthen Quins in the 2016 Swalec Cup final the turning point. 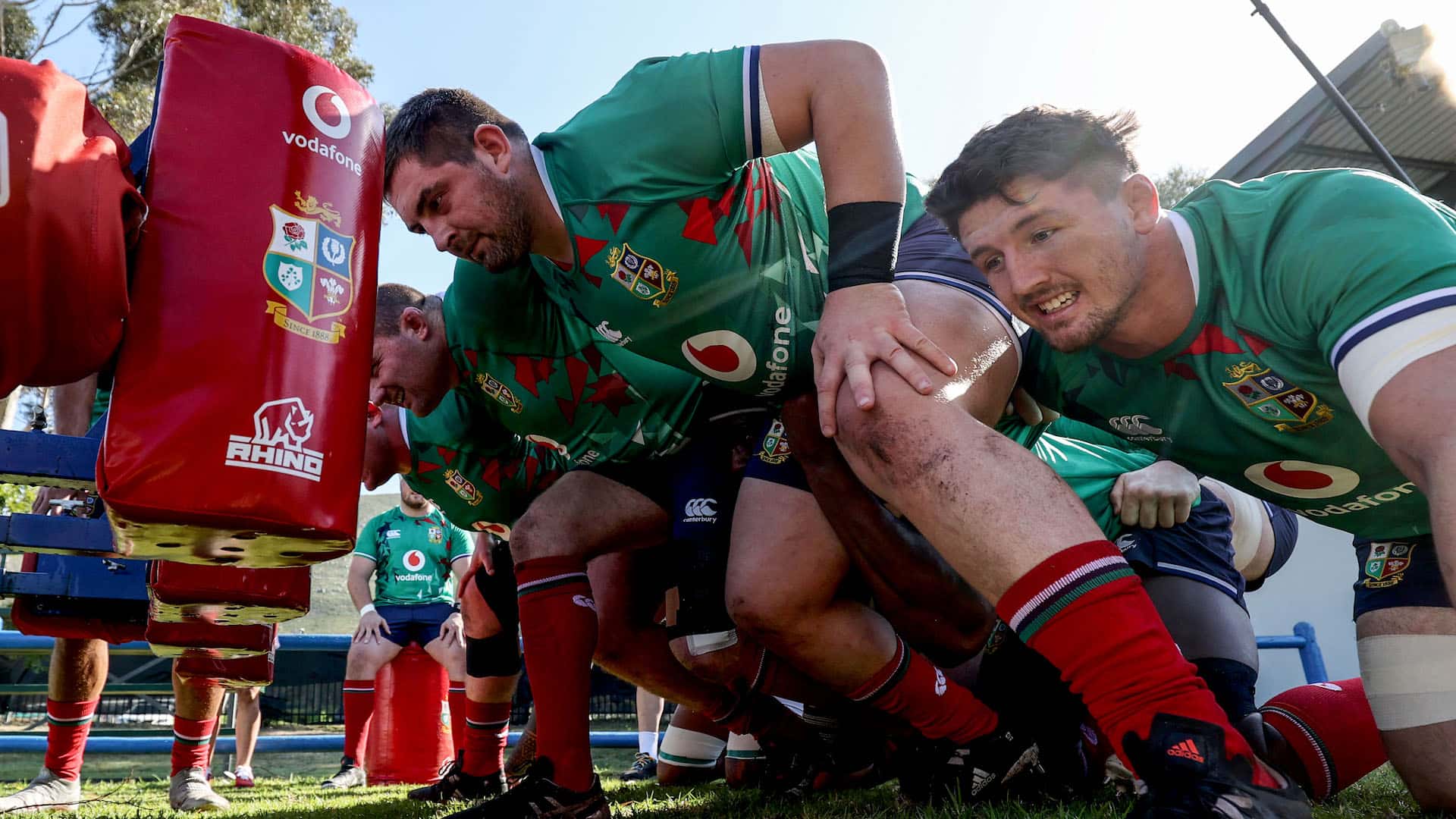 “He’s a boy who’s had to work his way up through every team in the club since he was six or seven years old. Wyn bucked the trend a little bit,” he said.

“He isn’t one of the boys that was picked up by Scarlets in his youth. He’s shown what he’s able to do on the field playing for the first team here in Llandovery.

“And I think when he played in the final against Carmarthen Quins in 2016, he scored a try and people took notice and started asking, who’s this? And the Scarlets then picked him up from there.”

Since making his debut for Scarlets in 2013, Jones has racked up more than 100 appearances for the region and was part of the PRO12-winning team in the 2016/17 season.

International honours followed in 2017, making his debut against Tonga before helping his country win the Grand Slam in the 2019 Six Nations under the guidance of Warren Gatland.

Gatland also selected Jones for his World Cup squad later that year, with Jones starting the quarter-final win over France and the defeat to South Africa in the semi-final.

Another Six Nations title followed for Jones at the start of 2021 before he was called up for the 2021 Lions Tour – not that he has ever allowed his achievements go to his head.

“Not far from home, next door to the farm and I’m also fortunate enough to be able to play rugby professionally and still live at home and enjoy both the rugby and the farming.”

It’s also no surprise that when the squad for the Tour to South Africa was announced, down-to-earth Jones took himself away from his Scarlets teammates to take in the news.

“It was very surreal to be honest. I was training at Parc y Scarlets at the time and we knew that the squad was going to be announced and I just wanted to be on my own,” he said.

“I ran off the field, didn’t even have a shower and I went straight to the car to watch it on my own. That was the way I wanted to find out and by luck I was named so I had to go back to the club. 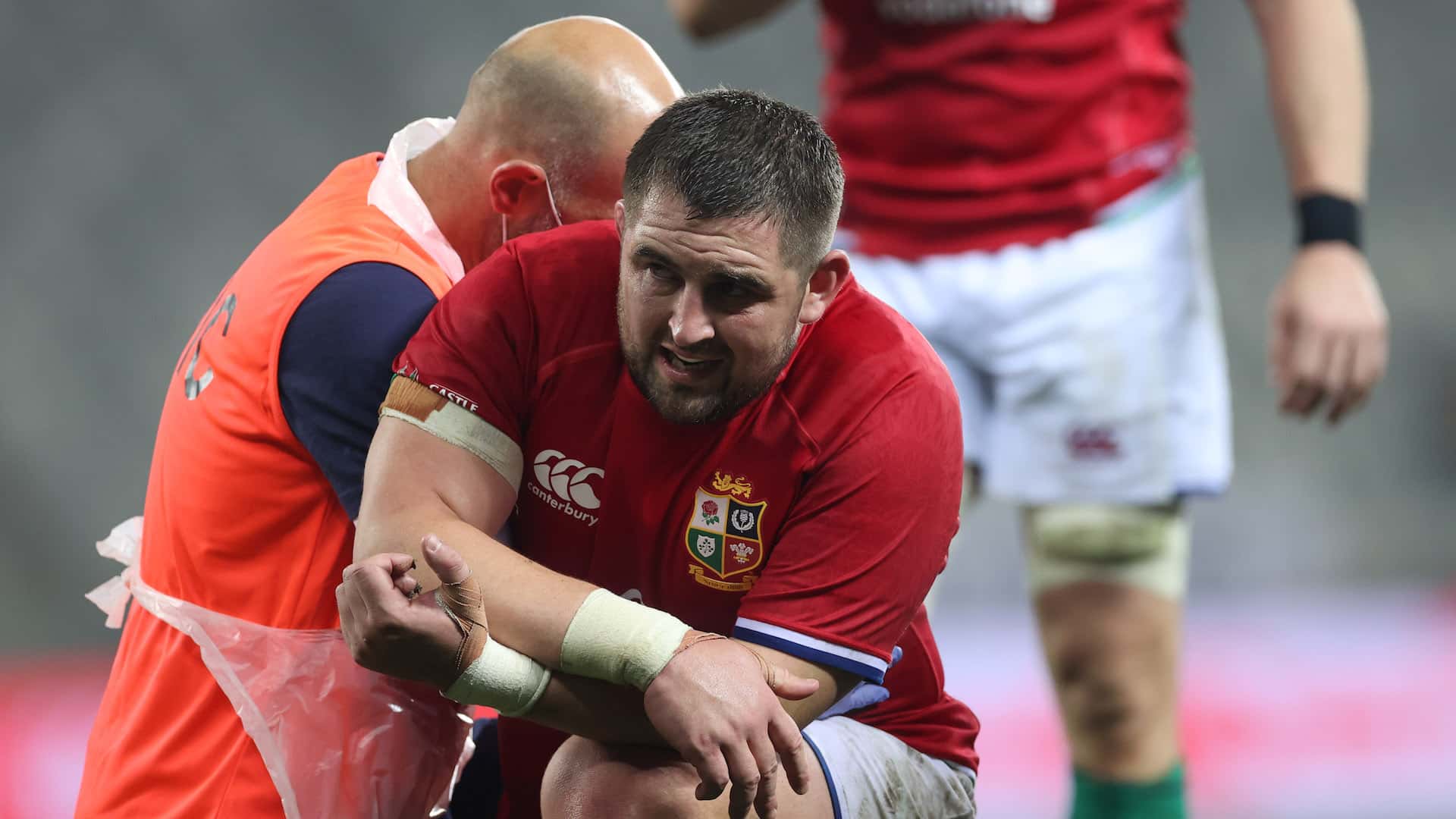 “But I think if I hadn’t been named, I would’ve gone straight back home. I was texting my girlfriend Jeian, saying that it was going on and on and that they still hadn’t named the squad.

“She was the first person I called and then mum and dad after that before the phone went wild so I put it down for a while and went back to the club to sort stuff out before I could get back to everyone.”

Jones donned the famous red jersey for the first time against Japan at BT Murrayfield, coming off the bench to make his debut before starting the Tour-opener against the Emirates Lions.

He also started against South Africa A and was due to wear the No.1 shirt in the opening Test, only for a shoulder injury which became infected to rule him out at the eleventh hour.

That wait for the Test cap was ended when he started the decisive series finale against the Springboks and while it didn’t go to plan, it was the culmination of a lifelong dream.

“For me personally, putting on the shirt for the first time was very special,” added Jones, who ended 2021 by being named in World Rugby’s Dream Team of the Year.

“Putting the shirt on was a moment that I’ll never forget. A shirt that means so much to me and something that you’d never even dream of as a little boy.”

Feature Interviews News
Previous story Lions recognised with caps by 1888 Club
Next story From Teignmouth to Lions: The rise of Sam Simmonds