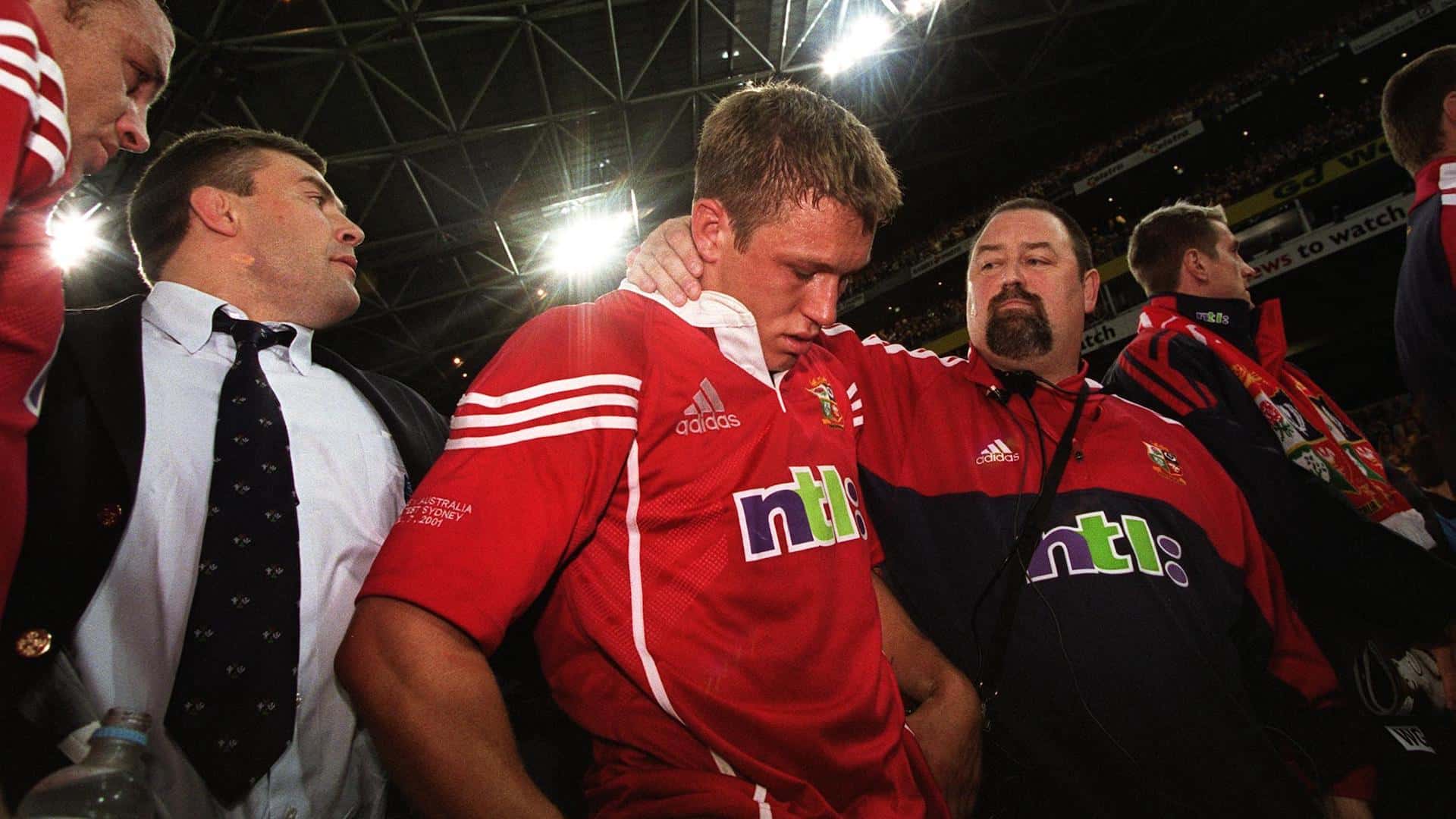 A larger-than-life character, the popular Geordie – universally known by his nickname ‘Blackie’ – toured with the Lions in 2001 to Australia as part of Graham Henry’s coaching staff.

His personality, along with his excellent motivational skills and wisdom, during the Tour thrust him into the public limelight and earned him praise from both in and outside the team.

“He was the glue that held the players and the management together on that Tour,” said Rob Henderson, an ever-present in the Test series and one of many to benefit from Black’s input.

Before joining the Lions on the 2001 Tour, Black made a name for himself at Newcastle Falcons during two spells with the club and helped steer them to promotion and a Premiership title.

A statement from Falcons said: “All at Newcastle Falcons are deeply saddened to learn of the death of our friend and former colleague, Steve Black. ‘Blackie’, as he was universally known, spent two spells on the club’s coaching staff – but he was so much more than that.

“The jovial Geordie was the spiritual heartbeat of the Falcons from the very early days of professionalism, helping steer Newcastle to promotion and then the Premiership title at the first attempt.

“Winning multiple domestic cups under his watch, Blackie’s unique motivational talents saw him succeeding with the Welsh national team and The British & Irish Lions, as well as with Newcastle United and Sunderland football clubs, and numerous other elite sportspeople.”

Black’s work with Falcons and Newcastle United resulted in him joining Henry’s staff when he took charge of Wales in 1998, before they joined forces again three years later on the 2001 Tour.

Henry later labelled Black as “the most positive person I’ve ever met in my life”.

“He was the glue that held the players and the management together on that Tour.”

The behind-the-scenes documentary of the 2001 Tour, Up Close And Personal, offered an insight into the humour Black brought to proceedings – including his line: “run at 100% then accelerate”.

Black, who would have celebrated his 65th birthday on Tuesday, also helped mentor players such as legendary Lions and England fly-half Jonny Wilkinson and Danny Cipriani.

The Falcons statement added: “Much more than his sporting achievements, Blackie was a friend to all of us – a proud Geordie who understood the value of people, and how to inspire them.

“Steve had a huge circle of family, friends and colleagues. He will be missed by so many and remembered for his huge heart, pro-active influence and infectious positivity.

“His family will share funeral arrangements in due course, and ask for stories and memories to be shared. He spent his life bringing a smile to everyone’s lives, and we should all remember those big cuddles and many laughs he brought to all.

“Our deepest condolences go out to his family, and his many, many friends. You will never be forgotten. RIP, Blackie!”

Three-time Lions Tourist Will Greenwood added via his official Twitter feed: “So sorry to hear news about Steve Black. An absolutely wonderful human being. I will always remember how me made me feel – ready to take on the world.”

In response to a video posted on the @lionsofficial account of a session led by Black, 2001 tourist Phil Greening said: “I remember that session. Love hearing his voice. He made you believe you could do anything.

“He oozed empathy, drive, compassion and loyalty. Top man and will be missed deeply. I still have his little notes he used to put under the door at night leading up to tests.”

Fellow 2001 tourist Henderson also posted a tribute on his official Twitter account, writing: “RIP Blackie and deepest sympathy with your family. A great man who inspired all he met to be better.”