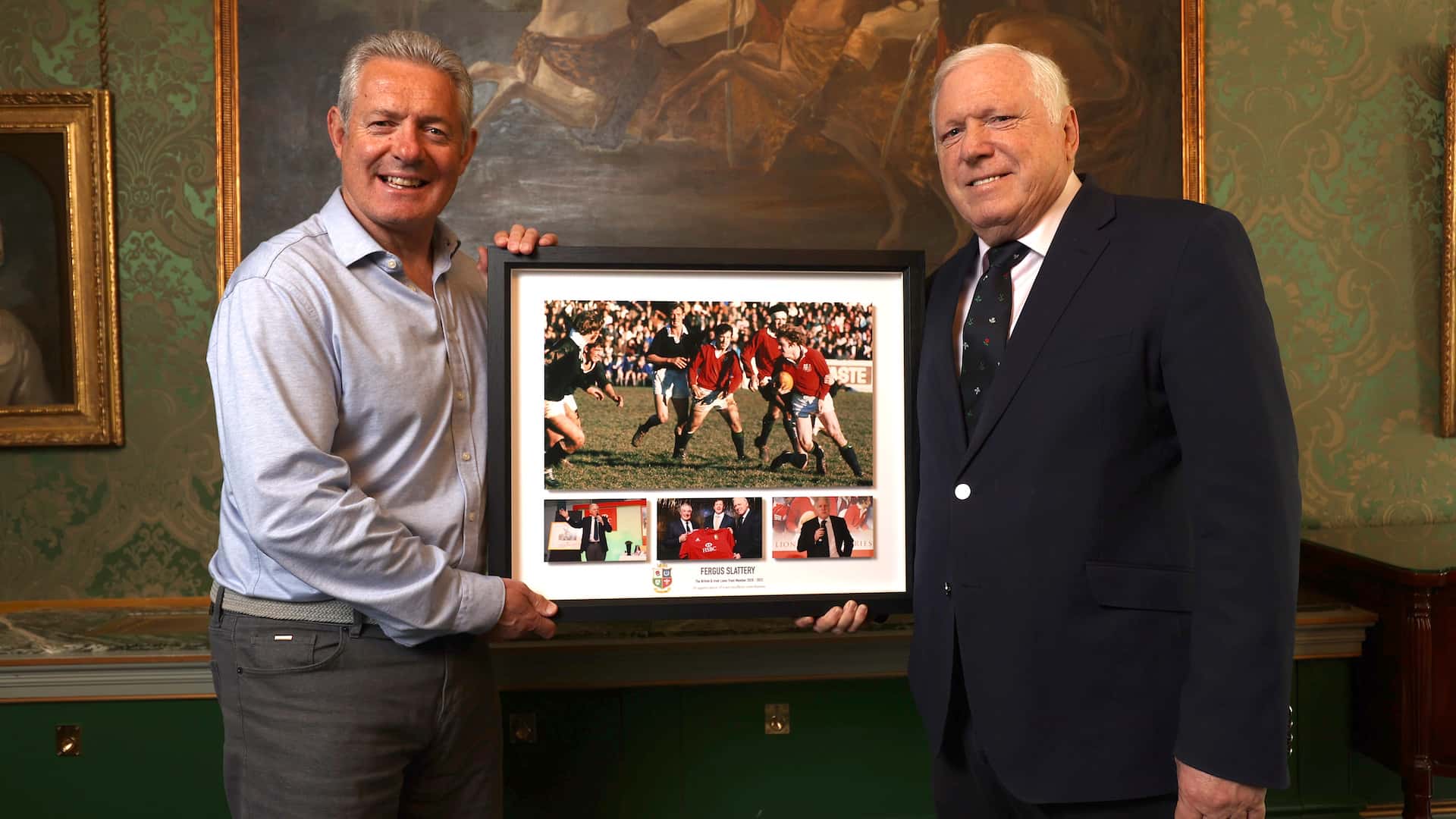 Legendary two-time tourist Fergus Slattery has been recognised for his service to The British & Irish Lions Charitable Trust after his time on the Board of Trustees came to an end.

The former Ireland international, a Lions tourist in 1971 and 1974, joined the Board as Chairman in 2020 alongside new Trustees Richard Hill, Gavin Hastings and Sam Warburton.

Established in 2002, the Trust exists to connect with, nurture and support all Lions players in need while furthering the spirit, values and ethos of the Lions throughout the four nations.

It focuses on the welfare of the players who can’t access necessary financial, medical or appropriate support. The Trust also aims to nurture relationships with the Lions players to recognise and celebrate their achievements while also supporting the official charity partners in the work they do.

And following his vital contribution to the Trust, Slattery was presented with a token of appreciation by Hastings and fellow Trust member and 2003 World Cup winner and three-Tour Lion Hill. 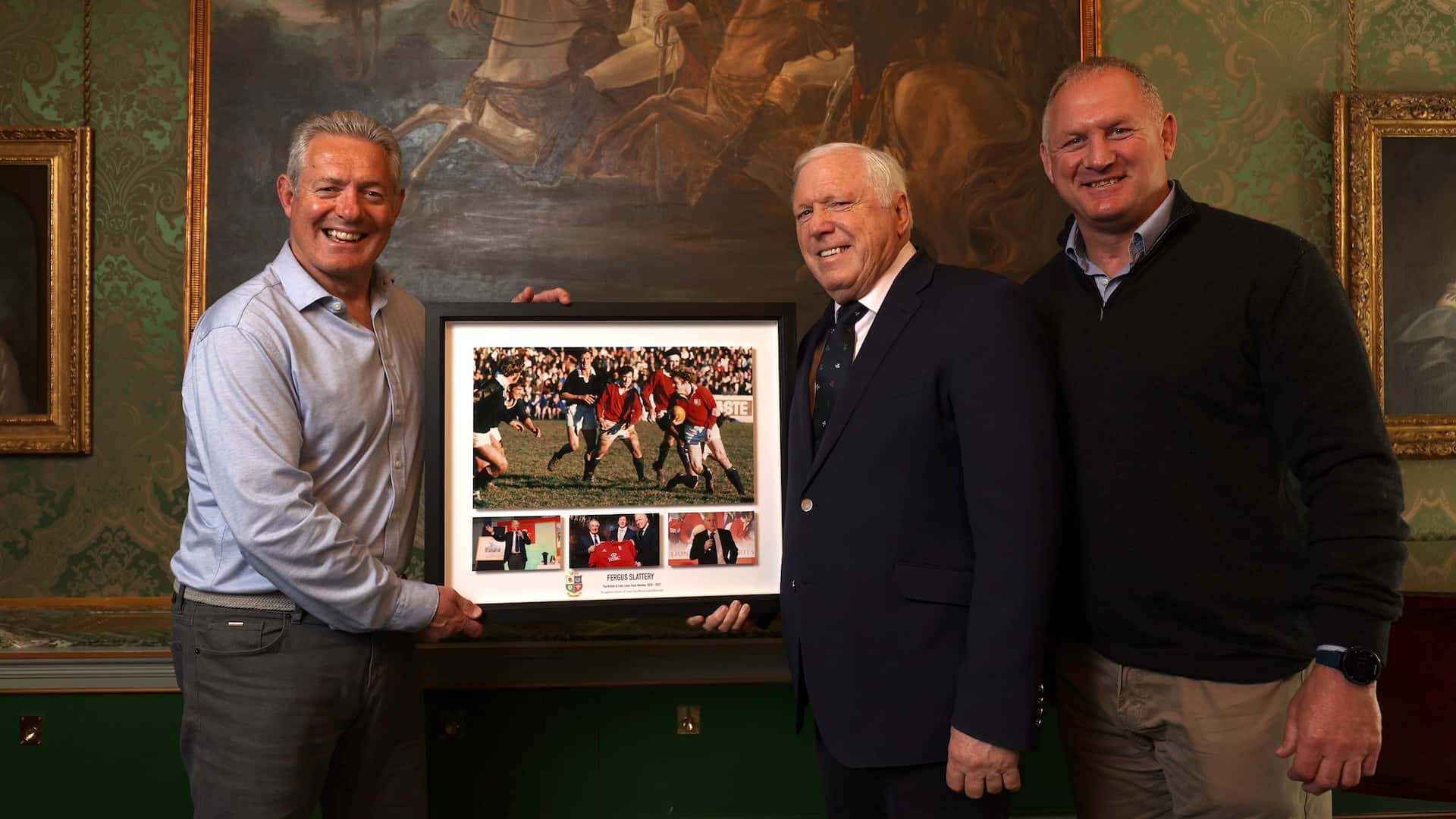 “Fergus’ association with the Lions goes back over five decades to 1971 and his contribution to the Lions during that time cannot be understated,” said Hastings.

“More recently he has been a valued member of the Board of Trustees of the Lions Trust supporting the organisation and its vital work. I would like to personally thank him for his contribution to the Trust over the past 18 months.”

Slattery was capped 61 times for Ireland during his illustrious career on the field, including 18 as captain, and was selected for the Lions Tours to New Zealand in 1971 and South Africa in 1974.

He completed one of the best back rows in Lions history alongside Roger Uttley and Mervyn Davies, helping the tourists secure a famous 3-0 series win against the Springboks.

As well as his roles as part of the ‘Invincibles’, Lion #494 Slattery also played 13 games on the 1971 Tour before injury prevented him from taking on the All Blacks.