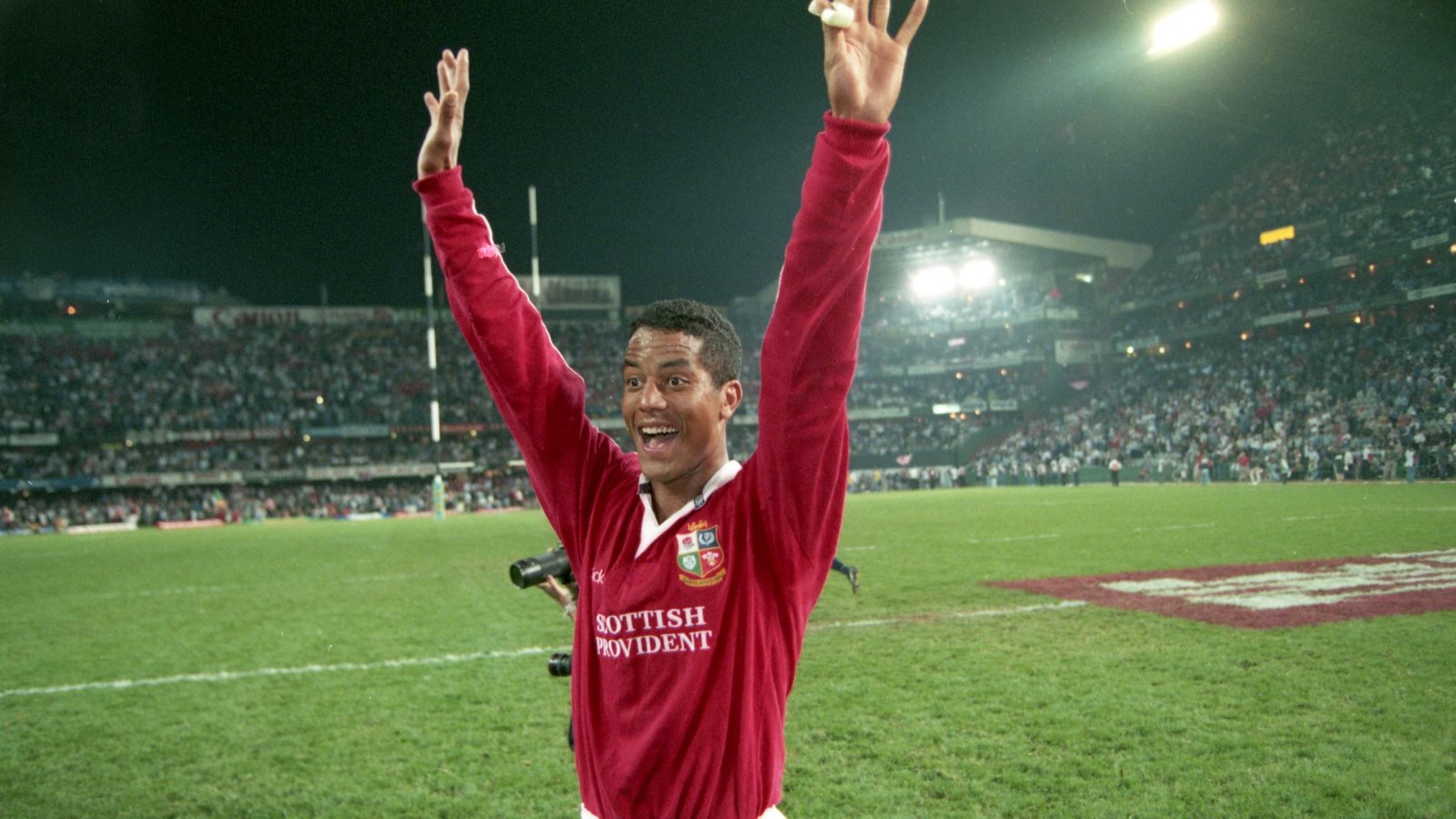 Incredibly, 25 years have passed since Jeremy Guscott kicked that drop goal in South Africa for a moment that stands tall in British & Irish Lions folklore.

Unsurprisingly the man himself hasn’t forgotten anything about that Durban day in June 1997, his clinical kick giving the Lions an unassailable 2-0 series lead from which they never looked back.

In doing so, a team who few had backed for glory returned with just their second series victory in South Africa in the 20th century.

Not bad for a centre who wasn’t even supposed to put boot to ball so late in the piece.

“It was so nice to see that drop goal go over – I struck it pretty well for someone who doesn’t normally hit them,” reflected Guscott on Sky Sports’ Rugby Retro podcast in 2020.

“It went right through the middle but boy was I keen to get everyone back to defend in those last three minutes!

“It was a great feeling, a great moment and a great achievement for everyone involved in that Tour.

“I’m just pleased to be part of that magic moment. Things could have been so different – Austin Healey was outside of me, if I’d passed the ball to him, he might have been the one talking!”

The non-pass to Healey was just one of several Sliding Doors moments in the final stages, with Guscott, match commentator Miles Harrison and James Gemmell pondering just how that Kings Park contest panned out.

First came a hack out of the breakdown from – off all people – hooker Keith Wood, haring downfield after 75 minutes of tough rugby to force a lineout deep in Springboks territory, with the score locked at 15-15.

Then came a burst from fly-half Gregor Townsend, heading into contact to put the Lions on the brink with Matt Dawson taking up possession at scrum-half.

READ: MCGEECHAN’S REFLECTIONS ON 1997 AND HIS ULTIMATE RUGBY ACHIEVEMENT

With Townsend out of action, the usual kicking option was gone but the drop goal was still on, Guscott’s boot adding to Neil Jenkins’ five successful kicks to give the Lions a monumental 18-15 win in the Durban pressure cooker.

“To see Keith Wood try and hack that ball, it could have gone anywhere – you don’t know what the bouncing ball will do in rugby,” continued Guscott.

“They kicked it into touch, we had a lineout and before you knew it, I was in the fly-half position – I should never have been there.

“You can almost see in his [Dawson’s] eyes ‘what are you doing there?’ – I’ve got my hands up, ready to go. I’d have looked up, scanned the outside and thought, ‘drop goal’.

“They played all the rugby, we did all the kicking. But we got what we deserved – every time we pushed, they penalised. If they didn’t, we would have probably gone through the phases and scored tries.

“But Jenko kicks that ball so sweetly, every time it sailed through the posts, the Boks players must have wondered if he’d ever miss.” 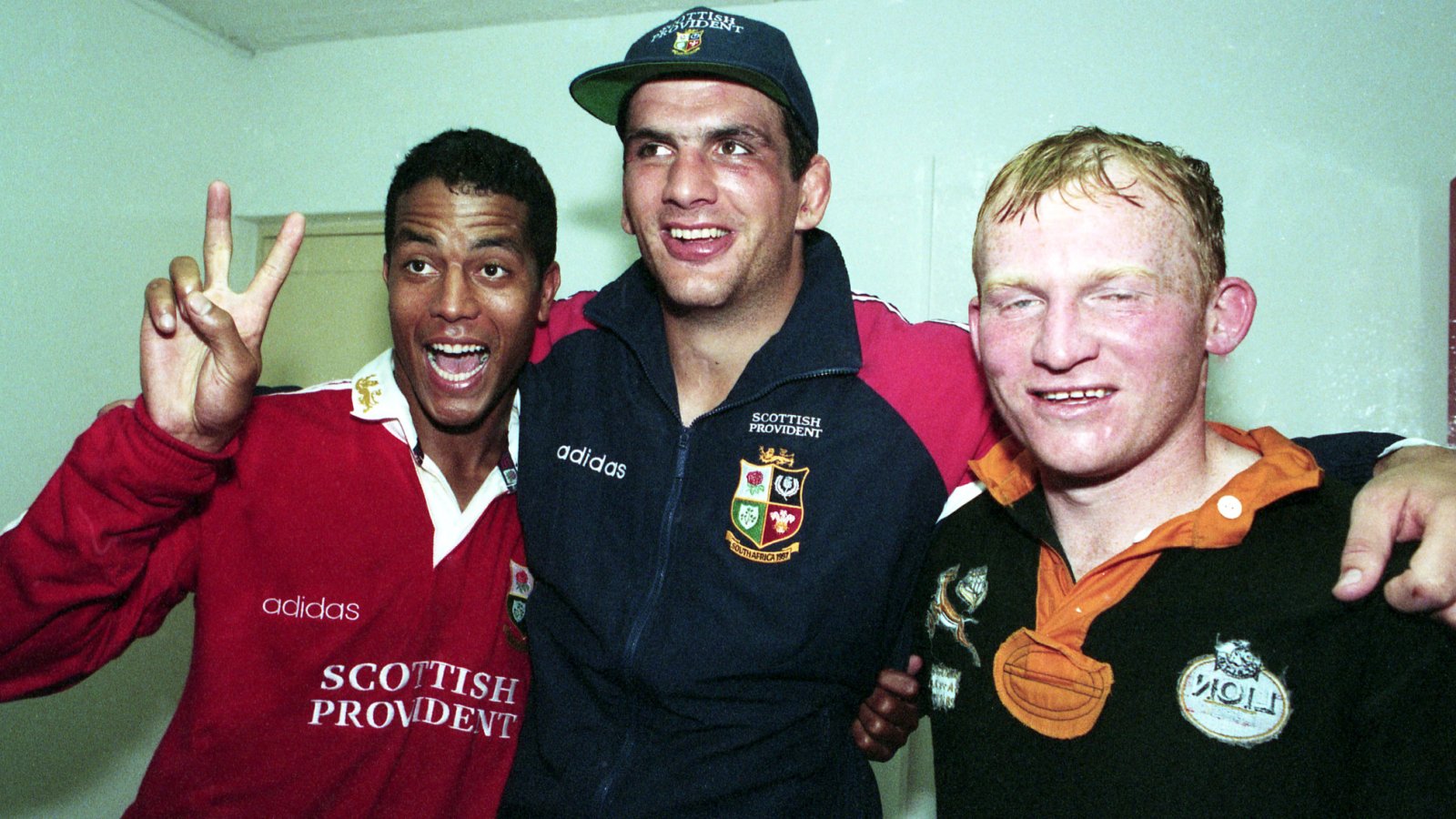 If the first Test was all about dazzling Dawson’s dramatic dummy, then the second centred on Jenkins, Guscott and the art of the kick.

The Springboks scored three tries to the Lions’ zero but only the final scoreboard mattered, 18-15 the end result as Sir Ian McGeechan’s team made history on a Tour that will live long in the memory.

Guscott continued: “The Tour was magical. It was a fantastic moment, we weren’t just expected to lose that game but we weren’t given a chance on the whole Tour.

“We were outplayed, we froze a bit – the whistle went and we’d won both the game and the series. We were going to have a good time and enjoy a moment that many people thought wouldn’t come.

“Coming together, we walked around the stadium, applauded the support that was there.

“The red Lions jerseys were everywhere and we just wanted to show our appreciation for them, following us and supporting them so well.”