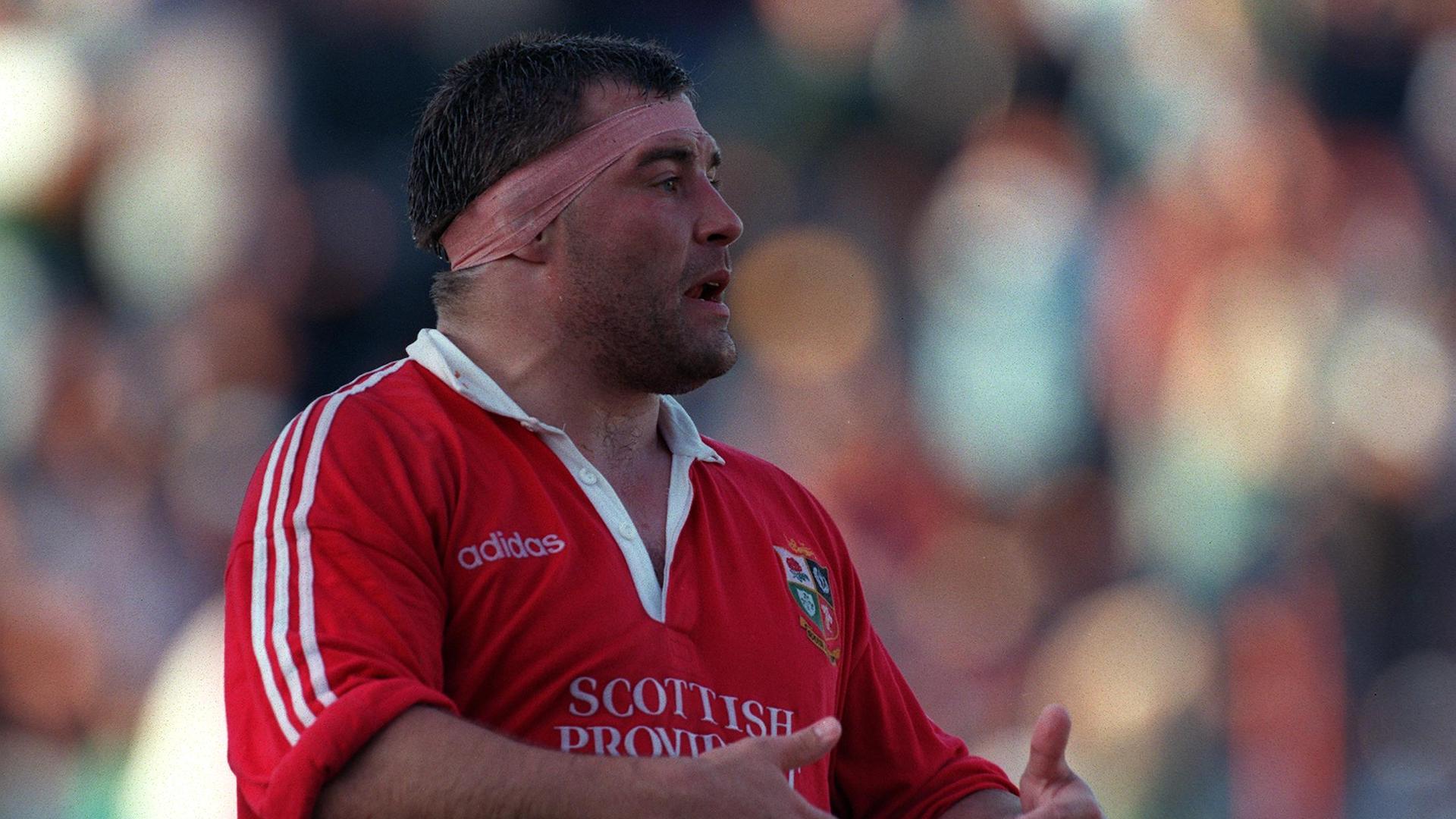 Three-times a Lion, a World Cup winner and for a time the world’s most capped player, Jason Leonard can boast a hugely impressive CV.

With 114 appearances for England, the former Harlequins and Saracens prop still has more international caps than any other men’s forward.

Leonard spent a total of 14 years in the white of England during a stunning career that spanned both the amateur and professional era and, although it is his achievements for his country that bring him the most attention, he also holds a special place in Lions folklore.

Despite rupturing a vertebrae in his neck during England’s Grand Slam-clinching win over Wales in 1992, Leonard recovered remarkably to earn selection for the Lions Tour to New Zealand a year later.

The Lions may have lost the series 2-1 but both the squad and Leonard himself did Britain and Ireland proud. The ‘Fun Bus’ started both the second and third Tests against the All Blacks and was widely expected to be first-choice in South Africa four years later.

Unfortunately for Leonard, although his ability to play both loosehead and tighthead with almost equal expertise made his inclusion in the Test match 22 a near certainty, he missed out on a starting spot against the Springboks in all three Tests.

Leonard dealt with the disappointment like a true professional, however, as he put the team ethos before his own frustrations to ensure the mid-week side maintained the momentum of the Tour. 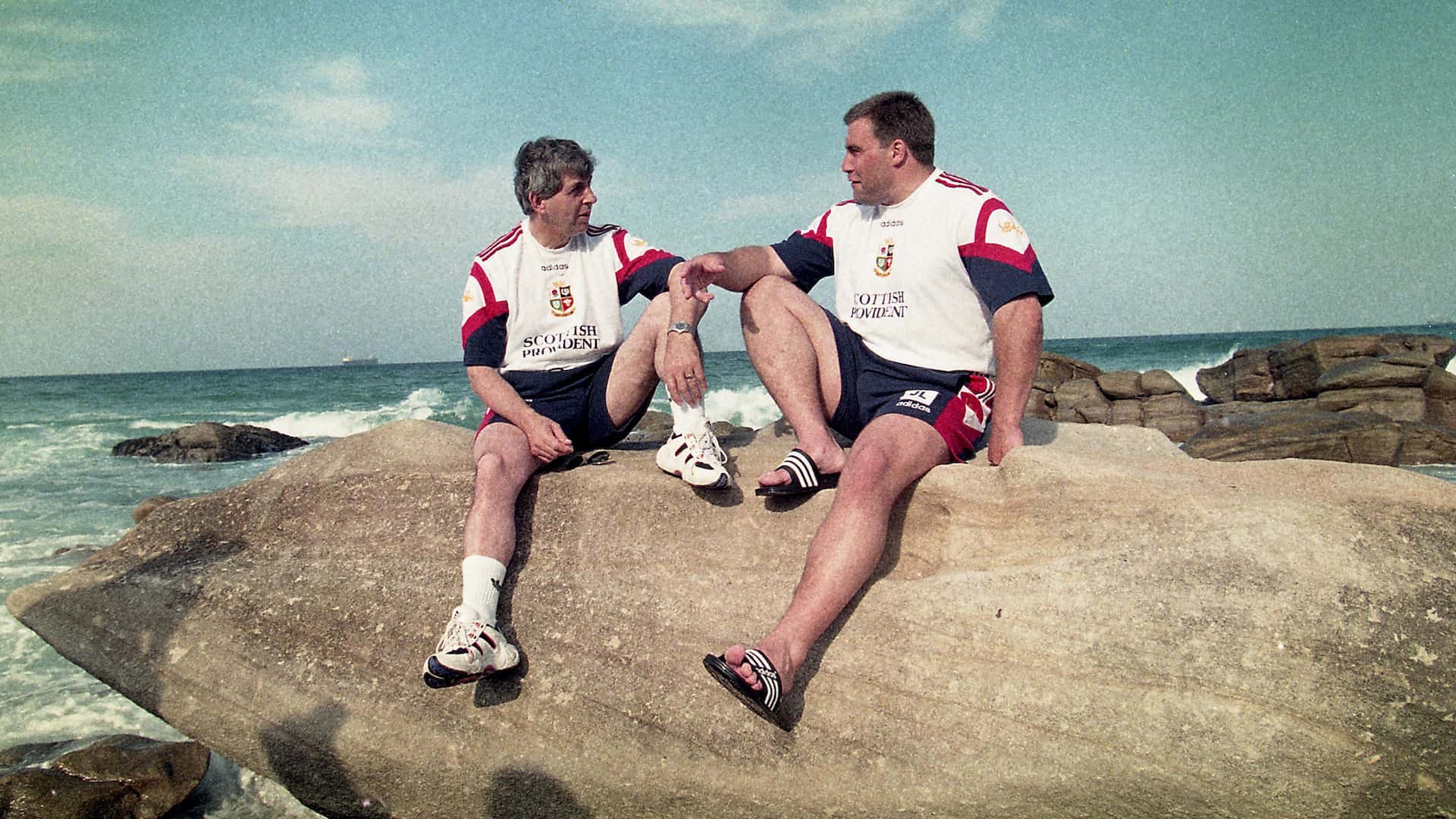 The Barking-born front-row forward skippered the side on three occasions in 1997 and was then chosen to make it a full house of Lions Tours by travelling to Australia in 2001. Just as he had done on his previous two Lions Test series, Leonard featured in two of the three matches against the Wallabies.

His Lions career ended in disappointment with a series defeat to the then World Champions but Leonard still had plenty to achieve at international level as England surged to World Cup glory in 2003.

Following his retirement in 2004, the man who was described by Sir Ian McGeechan as ‘The Ultimate Lion’ served as President of the RFU from 2015-2016 and is the current British & Irish Lions Chairman.

“My first Lions trip was a fascinating experience, although it would have been much better if we’d won, of course. What I found particularly enjoyable was the Tour mentality – everyone sticking together, the cross-nation banter and the breaking down of national stereotypes.

“Even as a player, you end up believing what is written about other players a lot of the time, so when you meet them and tour with them for eight weeks, it can be a real shock to discover they’re actually Ok.

“It’s also good to get to know some of the non-England players in a friendly environment because, routinely, we tend to see people only when we’re about to play them or have just played them. You’re all on the same side on tour, which produces much tighter bonds and allows you to get closer to other players.”

On his Test debut in the second rubber in New Zealand

“As I prepared to do just that, with the Lions shirt on my back and in a Test match for the first time, it felt like one of the most important moments in my career. I knew how much it meant to win. If we lost, the series would be over, and if we drew, we’d have no hope winning the three-match series. We had to win.

Leonard: When you become a Lion, you represent everyone

“I had a good game in what proved to be quite a comfortable win for us by 20-7, which was the Lions’ biggest Test win in New Zealand to date. The local fans were getting quite upset at the fact that the Lions were winning – they really don’t like losing at home – and someone threw a beer can at Brian Moore.

“I didn’t see it at the time but when we went into the next scrum I could smell this awful stench of beer and Brian kept burping. He told me afterwards that when he’d picked the beer can up to throw it to the side of the pitch, he realised it was full, so he opened it, toasted the baying crowd and took a slurp before throwing it aside.” 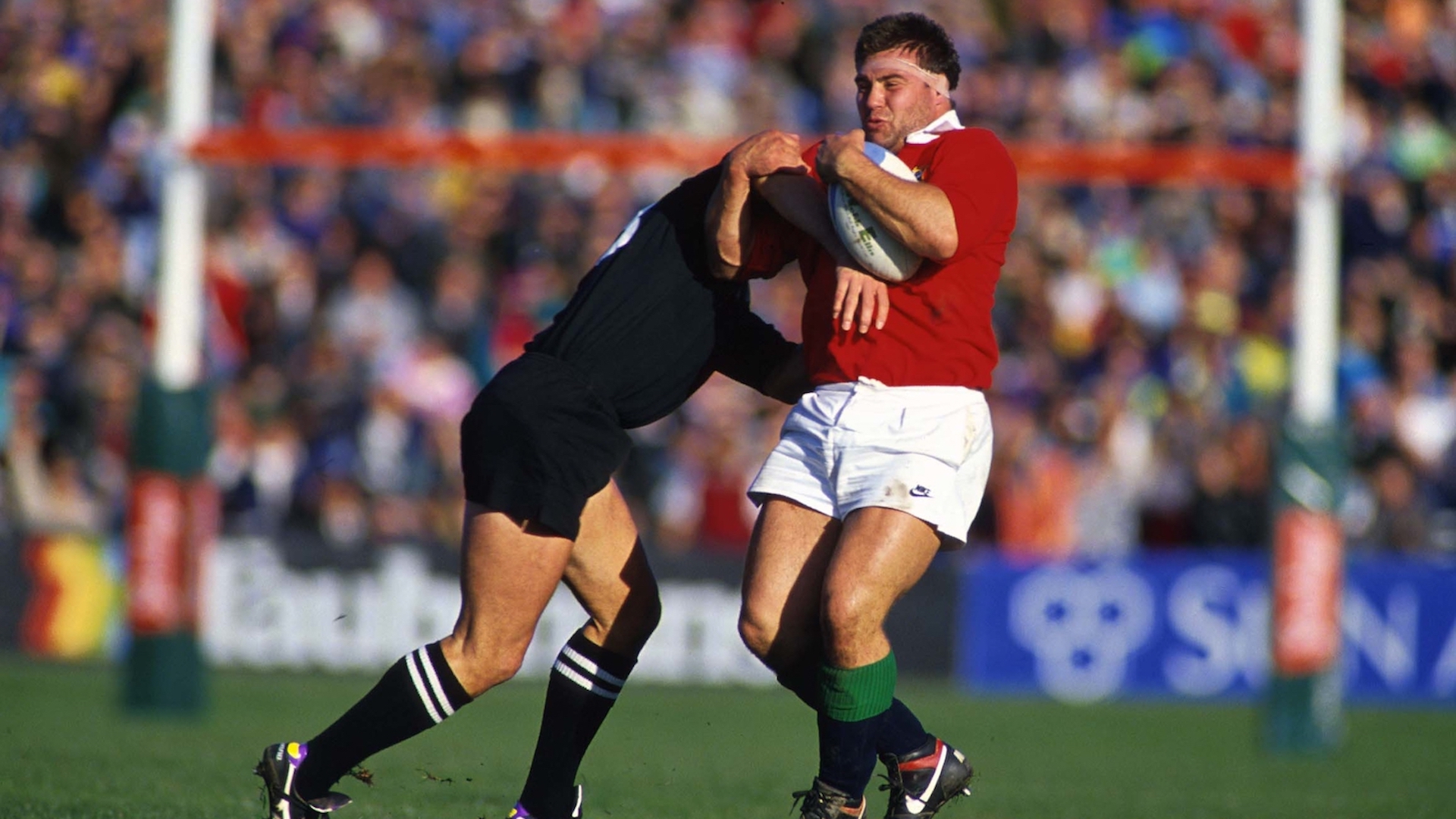 On playing under Martin Johnson in 1997

“I think some people were surprised by the decision to make Johnno captain when he wasn’t the England captain at the time (Phil de Glanville was), but none of the players were very surprised. We had all seen Johnno do a wonderful job for Leicester and knew that he’d be great in the role – someone who would lead by example. I naturally liked the idea of having a forward in charge!”

On leading the Lions

“The first game of the 1997 Tour was against Eastern Province in Port Elizabeth and I was chosen to captain it because of my previous Lions experience. It was an important game as you have to get tours off to a good start and I knew that I had been selected because they needed someone who understood what they were doing, to get out there and ensure us a win. Even though it was the first game of a long Tour, I knew that for the sake of the rest of the Tour it was vital that we came away with a victory.

“I was pleased with the way I had captained the side. We stuck to our guns and had played the sort of rugby that we believed would beat the South Africa side in the Test matches.”

On missing out on a starting spot in South Africa

“Lions Tours are not about Test caps, despite what it may seem like from the outside. It’s about a big group of players going away together and between them doing what is necessary to win.

“Players have bad days and I didn’t have a great Tour, so it was right that Paul Wallace and Tom Smith were the Test props, which didn’t mean that I didn’t support them every inch of the way, and do all I could to help them in training.

“I am as competitive as the next person but Lions Tours are different. I knew I wasn’t going to make the Test side so I decided to try and help the other front-row players as much as possible. I did everything I could, whether it be scrummaging sessions, lineouts or rucking and mauling sessions.”

On what made the ’97 Lions so special

“On the 1997 Lions, it really felt like it was our small, close-knit group of players and managers against however many millions of people there are in South Africa. It felt like us against the whole world and you felt as if there was a role for you whether you were playing in the Tests or not.

“Geech said after the Tour that it was the comradeship and the closeness of all the players in the party that made the Tour the success it was, and I think he was right. He said that some of the most important people on that trip were the midweekers because they won their games and helped the Test team prepare for theirs.

“The 1997 Lions were different from previous tours – we were told from the beginning that this was the first professional tour Lions tour and that winning matches would be the out and out priority. There would still be time for other Tour activities like meeting local communities and having our traditional kangaroo courts, but the focus would be firmly on winning the three-Test series in South Africa.

“The trip to South Africa was hugely successful and immensely rewarding, even for a player like me who had certainly not played as well, or as often, as I would have liked.” 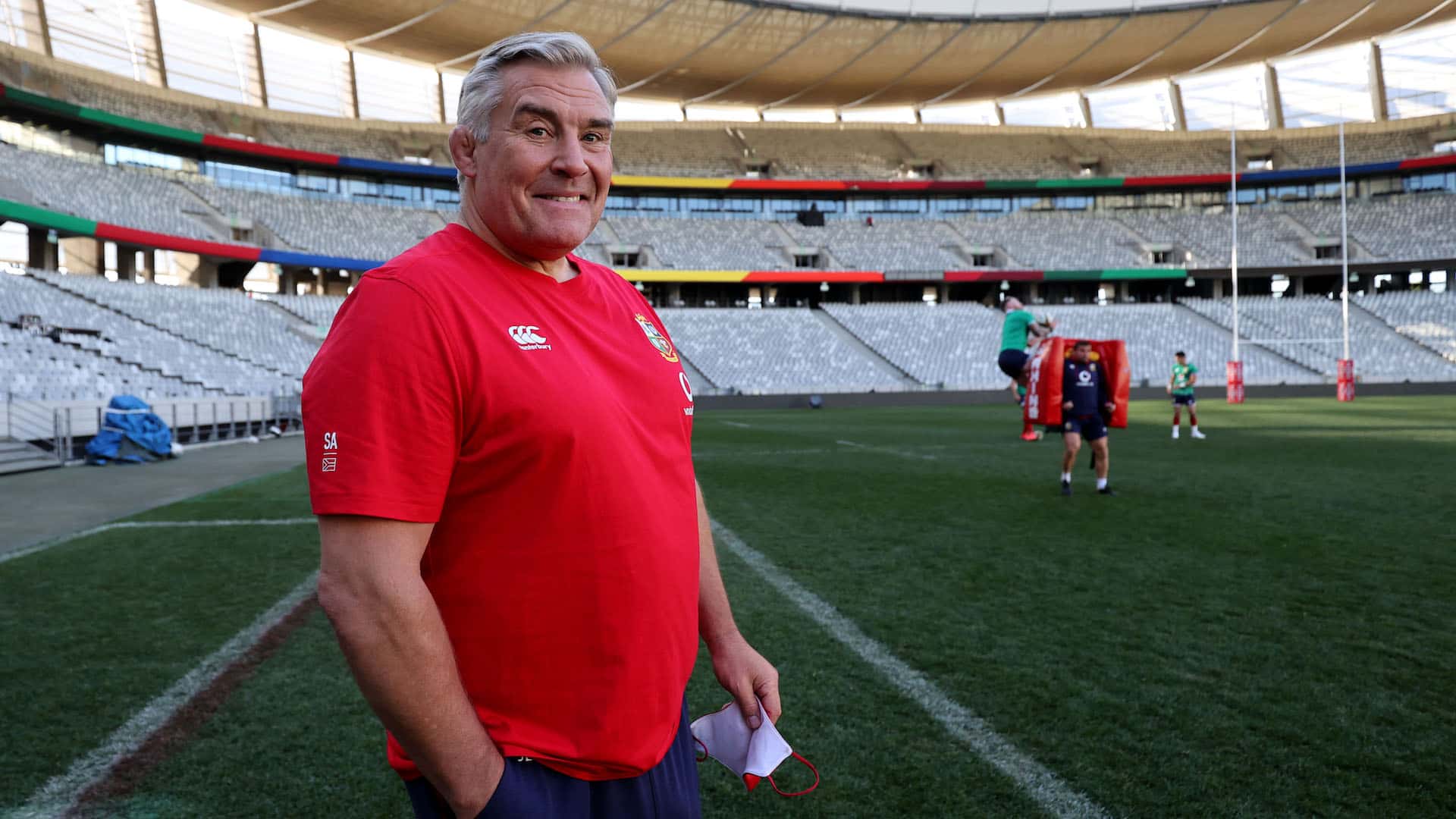 On completing the Lions treble

“To have the honour of touring all three southern hemisphere countries as a Lion is fabulous – the greatest honour in the game. In two of them, I saw the country, met the people and was able to put something back into their rugby to thank them for their hospitality. In one country, Australia, I didn’t, and whichever way you look at it – professional sport or not – that is a real shame.”