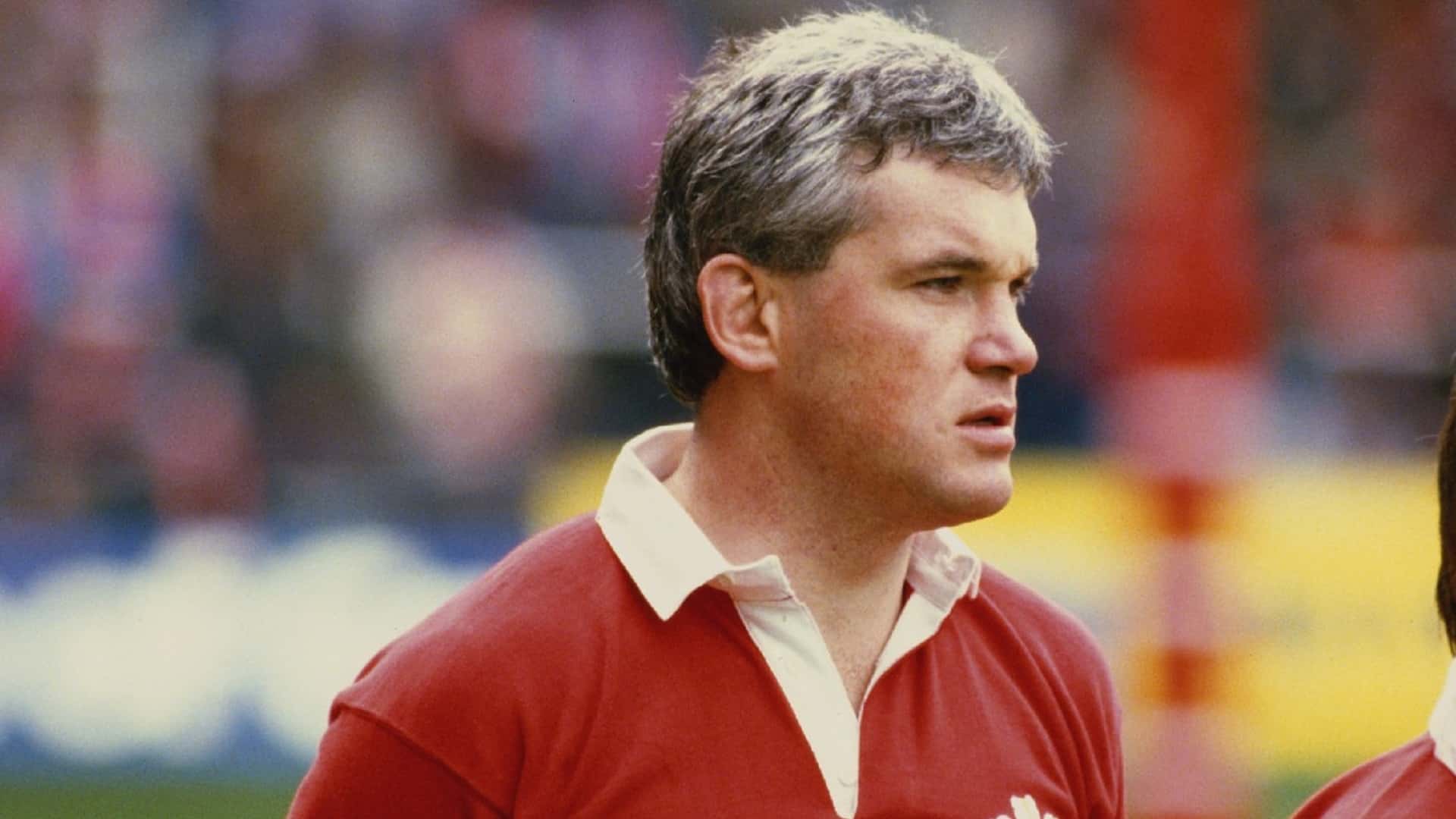 Tributes have been paid to British & Irish Lion #601 and iconic broadcaster Eddie Butler, who has died aged 65.

Butler was called up to The British and Irish Lions squad that toured New Zealand in 1983, replacing Jeff Squire, and made one appearance.

The No.8 played 16 times for Wales and captained them on six occasions, scoring two tries.

He was a legend at his club side Pontypool, captaining the team between 1982 and 1985, and, after retiring from rugby, he carved out a remarkable career in journalism, broadcasting and commentary.

“The Prostate Cymru charity is devastated by the passing of its much loved ambassador Eddie Butler,” read a statement announcing the news.

“Eddie was the voice of Wales and we were honoured to have him as part of our charity. We will cherish the many memories we have of him.

“Over the last week Eddie once again showed his generosity and steadfast commitment to good causes by joining 25 Prostate Cymru fundraisers, including his daughter Nell, on the Inca Trail Trek to Machu Picchu. In the early hours of Thursday, September 15, Ed passed away peacefully in his sleep at Ecoinka base camp in the Peruvian Andes.

“He leaves behind his wife Susan and six children, who are very much in our thoughts.”

Tributes have already started pouring in to honour a great of the game, with World Rugby chairman Sir Bill Beaumont calling Butler one of the finest commentators of his time.

Eddie Butler was a true commentary great – the recognisable voice of the sport to millions & unrivalled in his storytelling behind the mic. Captain of Wales and a superb player, he was also a true gentleman. I am deeply shocked. My thoughts are with his family and BBC colleagues.

His partnership with former Lions and England hooker Brian Moore received widespread acclaim and his commentary partner tweeted that he admired Butler as a broadcaster and as a man.

I am devastated by this news.
Ed, I’m sorry I never told you how much I admired you as a broadcaster and as a man. Well, it wasn’t like that between us, was it.
Condolences to Sue and your family.
Sport has lost an iconic voice, I have lost a very dear friend.
Goodbye Edward. https://t.co/wtbEmQJhCm

After beginning his journalism career with the Sunday Correspondent in 1988, Butler began writing for The Observer in 1991.

He joined BBC Wales in 1990, starting his commentary career alongside Bill McLaren before becoming the lead BBC rugby commentator.

Butler’s montage-accompanying prose was the backdrop not only to sporting events but to some of the biggest news stories of the last two decades.

The final one he made marked the death of Queen Elizabeth II.

He commentated on Olympic sports, as well as the Invictus Games, and also put his voice to montages for the BBC’s NFL highlights programmes. He also published three novels and two non-fiction books.

Eddie Butler. One of a kind. RIP legend 😞

Two-time Tour captain and fellow broadcaster Sam Warburton paid tribute to Butler: “Stunned at the news and passing of Eddie Butler. Thoughts with his family,” he said.

“What an amazing contribution to rugby and broadcasting. A privilege to have played and co-commentated with his voice.”

Scott Quinnell, who toured with the Lions in 1997 and 2001, added: “Absolutely devastated to hear the news. Eddie was such a wonderful man. Always loved our chats especially over a pint. Love and thoughts to Sue and the family.”

Wales flanker Ellis Jenkins said: “Eddie Butler was one of the kindest, funniest men I ever met. He always went out of his way to make people feel at ease around him and his storytelling for some of rugby’s best moments was iconic.

“He will be remembered with great fondness and my heart goes out to his family.”

Meanwhile Jonathan Davies, who commentated on Six Nations matches alongside Butler for decades, said: “Totally devastated with the news about Eddie. Lost a charming man and a great friend. My thoughts are with Sue and all the children.”

News
Previous story From Invincible to official, Andy Irvine reflects on the Lions
Next story Your Club Your Lions: Bonymaen RFC