Of all the Lions to have been rightfully described as legends, one man deserves the mantle more than any other. [more] 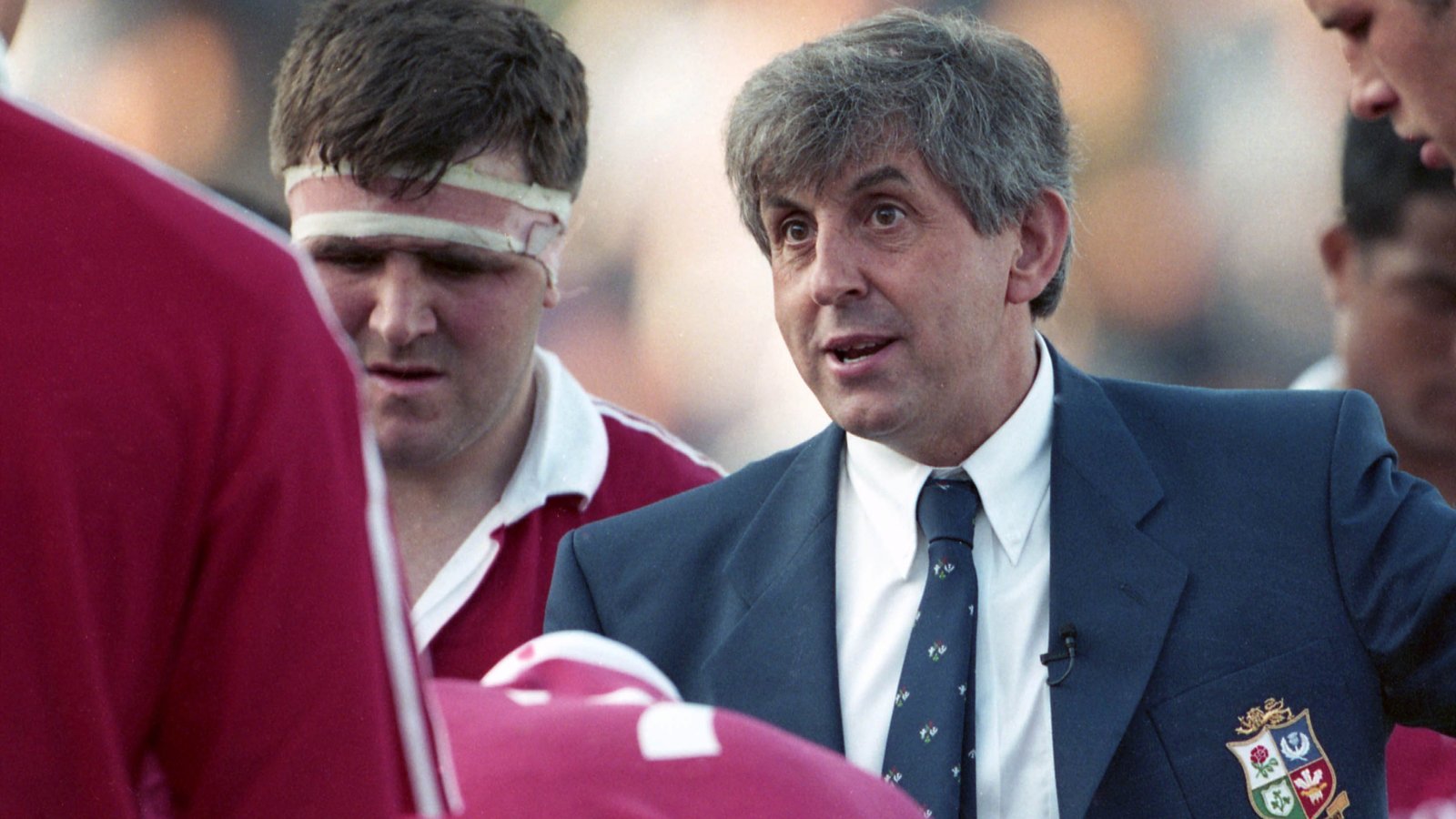 Of all the Lions to have been rightfully described as legends, one man deserves the mantle more than any other.

That man is Sir Ian McGeechan, the true Lion King of the word’s most famous touring team.

The Scotsman known simply as ‘Mr Lions’ by so many was part of the furniture with Britain and Ireland’s elite for an incredible 35 years, donning the red jersey on two tours as a player and then picking up the reigns as a coach on a further five adventures to the southern hemisphere.

And McGeechan didn’t just enjoy the taking part during his time with the Lions – he holds the enviable status of being the only person to have tasted series success as both a player and a coach.

McGeechan’s Lions story begun in 1974 when he toured South Africa with Will John McBride and co. An underdog for Test selection, the Scotland and Headingley centre went on to start all four internationals against the Springboks as the Lions recorded a remarkable series victory.

The Leeds-born back fought off competition from perceived front runners Geoff Evans and Roy Bergiers and even stayed ahead of Lions veteran Mike Gibson when the Irishman arrived on tour as a replacement.

McGeechan’s balanced running style, positional awareness and a dependable defence that belied his slight physique helped guide the Lions to wins in Cape Town, Pretoria and Port Elizabeth and a 13-13 draw in Johannesburg as The Invincibles wrote themselves into the history books by heading home unbeaten.

Three years later, McGeechan went to New Zealand as one of the senior hands, again playing in all four Tests and captaining the Lions against Poverty Bay-East Coast and New Zealand Universities.

Sufficiently versatile to play five of his 14 games in 1974 as a fly-half, he also replaced JJ Williams on the wing during the third Test of 1977.

His playing career as a Lion ended two years before he retired from rugby altogether in 1979 but he was back in the pack just a decade later when he was named head coach of the 1989 tour to Australia.

A PE and Geography teacher by profession, McGeechan joined the Scotland coaching set up as assistant to Derrick Grant in 1986 and was promoted to head coach in 1988. Just a season after taking over as coach of his country, he was handed the ultimate honour of leading the Lions on their first tour in nine years and just their second since his retirement as a player. 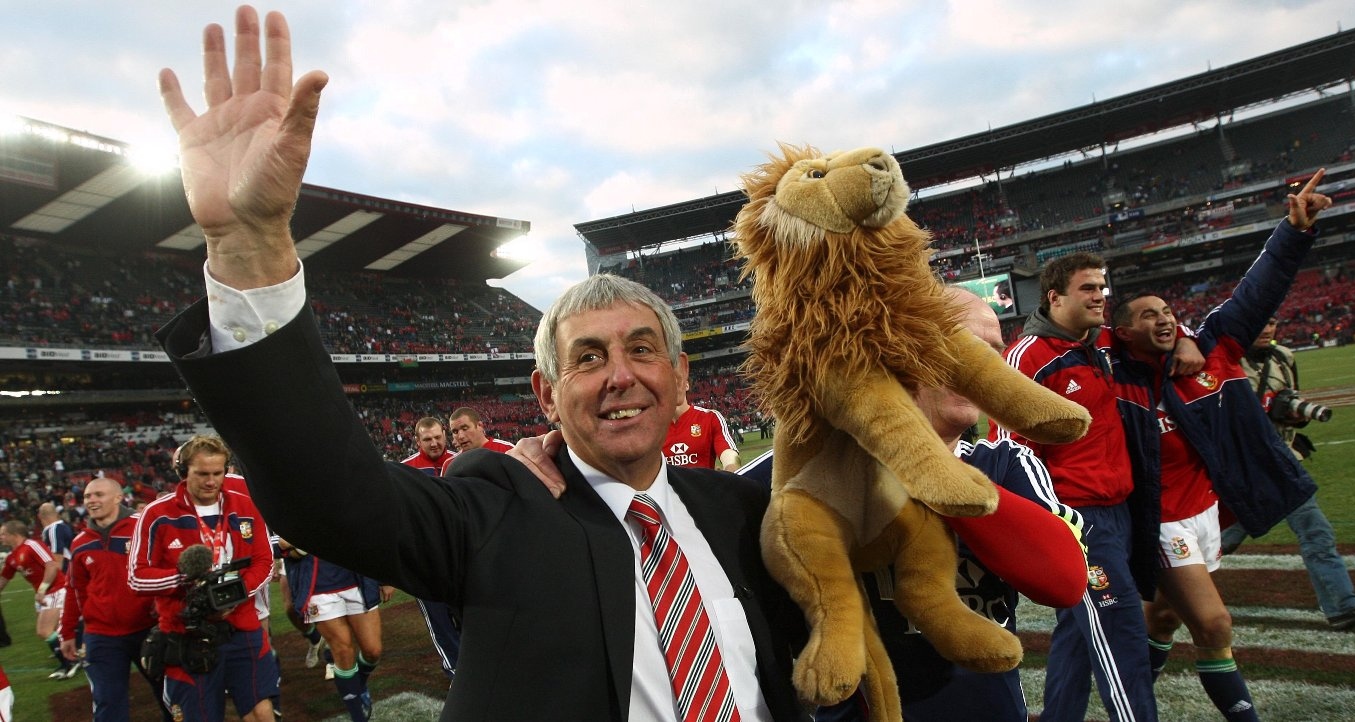 McGeechan started his Lions coaching career just as he had done as a player – with a series success that is still talked about to this day. His tourists slipped to a comprehensive 30-12 defeat in the opening Test in Sydney but his willingness to change personnel and tactics led to a stunning comeback against a Wallaby outfit that were just two years away from being crowned World Champions.

The class of ’89 remain the only Lions side to have overturned a 1-0 deficit since the 1899 tourists but, while such a feat would have been enough on its own to secure McGeechan’s place in Lions folklore, his coaching career at the elite end of the game was only just beginning.

After leading Scotland to just a second Grand Slam in 65 years in 1990, McGeechan was again handed the top job when the Lions headed to New Zealand in 1993. That particular tour ended with a 2-1 series defeat to the All Blacks but it could easily have been very different. The Lions lost the first rubber in Christchurch by just two points before fighting back to win the second in Wellington a fortnight later, only to lose the decider 30-13 in Auckland.

McGeechan earned another bite of the cherry four years later, though, as he was named head coach for the 1997 tour of South Africa. It was to prove his finest hour.

Despite the Lions’ status as substantial second favourites, McGeechan travelled back to the scene of his greatest triumph as a player with an unerring belief that the Lions could shock the Boks. And they did just that, beating the reigning world champs 2-1 to become just the second Lions party to leave South Africa with a series success in the 20th century.

The Lions produced some scintillating rugby in ’97, scoring some superb tries and creating so many memorable moments along the way. And McGeechan was at the heart of it all, encouraging his players to employ an expansive style of rugby that would take their opponents out of their comfort zone and building a team spirit that meant four nations would be greater than one.

In an era in which the advent of professional rugby meant critics were questioning the role of the Lions in the global calendar, McGeechan and co brought all the positive traditions of the Lions to the fore and ensured that one of the world’s most watchable events would avoid becoming a thing of the past. 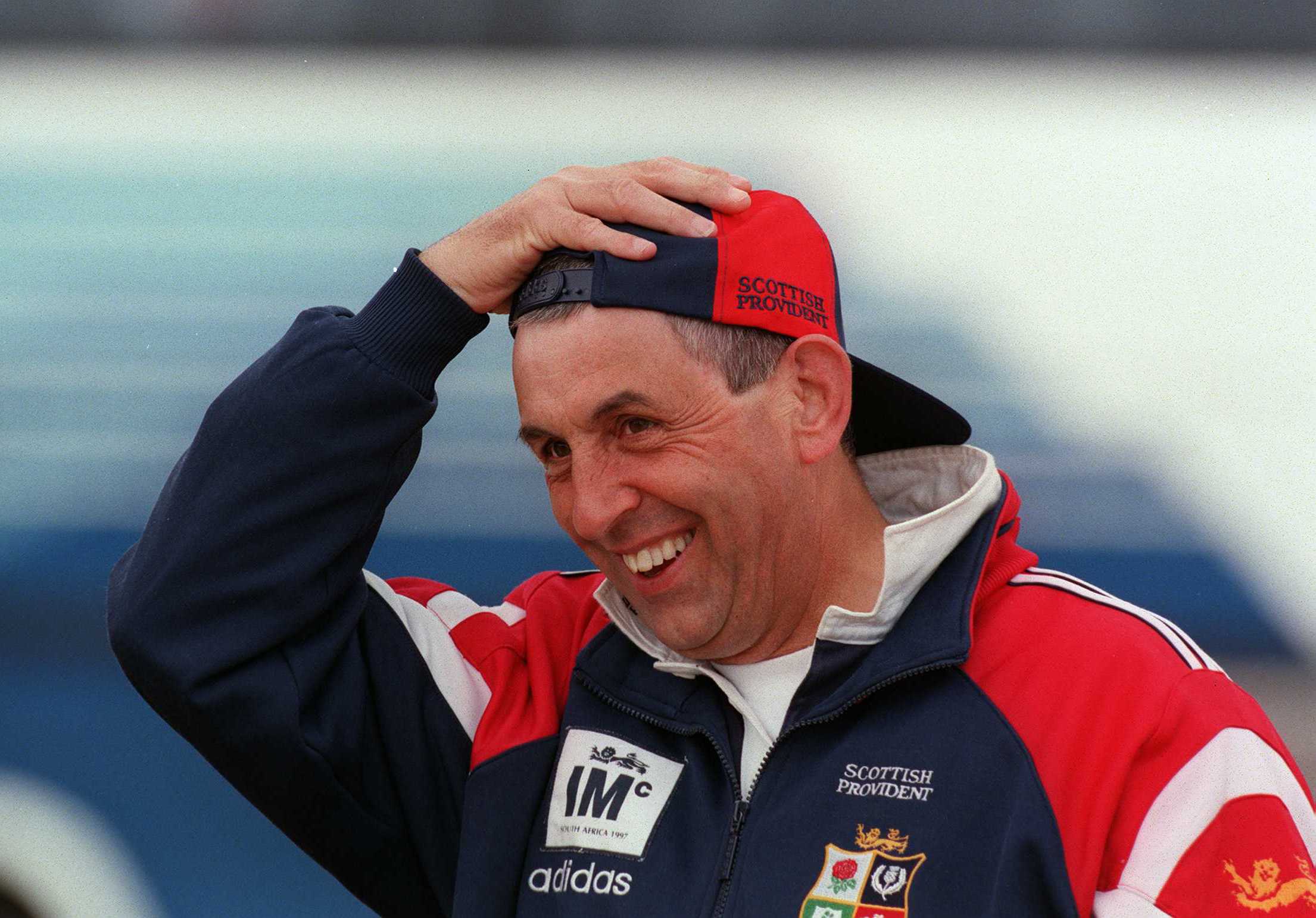 McGeechan took a break from the Lions in 2001 as then Wales boss Graham Henry led the controversial tour to Australia but he was back involved in 2005 when Sir Clive Woodward brought him to New Zealand as part of his backroom staff. And while McGeechan wasn’t the head man and was therefore unable to have an impact on the result of the Test series, he did play a vital role in the biggest success story of the tour. The Test side may have been outplayed by the All Blacks but McGeechan’s mid-week Lions won all five games on tour in the Land of the Long White Cloud.

After the frustrations felt by Lions fans of all nationalities following the 2005 whitewash, it was no surprise that McGeechan’s experience and excellence was called for four seasons down the line when the tourists next got together. His appointment as head coach for a fourth time was a popular one with players, press and supporters alike and McGeechan didn’t disappoint in South Africa.

The Lions may have been beaten by the Boks in the first two Tests but they came so close to causing a massive upset. A 26-21 loss in Durban and a heartbreaking 28-25 reverse at Loftus Versfeld weren’t the scorelines the Lions were after but the competitive nature of the series renewed the belief that the elite from these isles could compete with the very best the southern hemisphere has to offer. 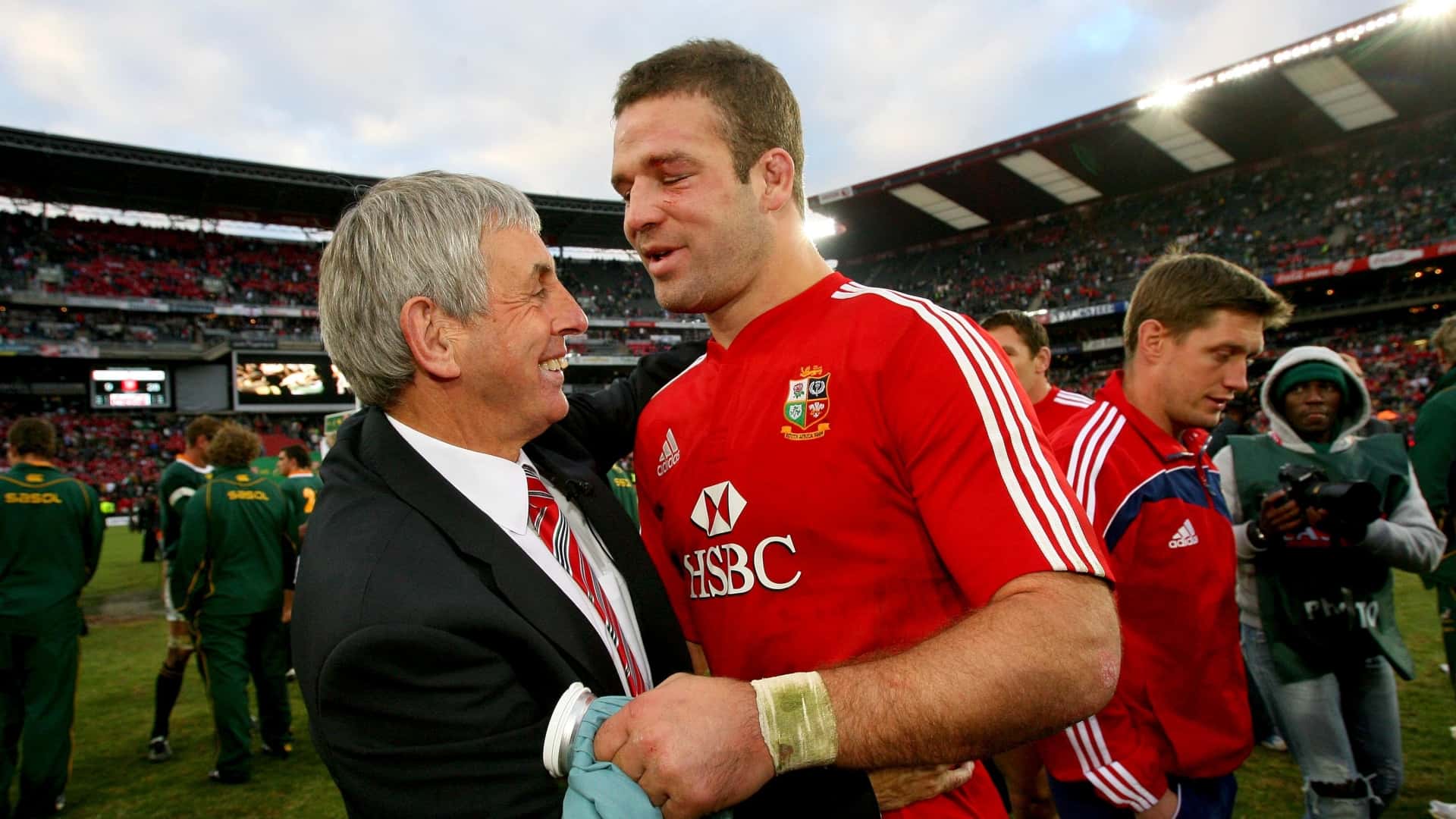 Fittingly for McGeechan in what looks like being his last Test with the Lions, the men in red were convincing winners in the third rubber at the old Ellis Park. The 28-9 success was the Lions’ joint biggest in nearly half a century, ensuring the most recent Lions adventure, and McGeechan’s final stand, ended on a major high.

McGeechan’s Lions lowdown as a player

*four points for a try and three for a drop goal

McGeechan’s Lions lowdown as a coach

McGeechan’s record as head coach with the Lions

McGeechan on the Lions in general

“The players make the Lions what it is. They lend their own characters and identities and it all fuses into one. That is why the Lions are so unique. I love the jersey because it has changed me.

“The Lions have always had a particular magic for me. Little has changed since I first toured with them as a player. The tours may be shorter but the magic is still the same.”

On his favourite series success in South Africa

“It’s a close call but I think the 1997 series win gave me more satisfaction than 1974 for the simple reason that we had been written off so excessively beforehand. In 1974 British rugby was on a high in world terms. In 1997 few people gave us a prayer, so it was nice to make them eat humble pie.”

“It exceeded my expectations. We knew that South Africa were in good shape. They are a powerful team and at the top of the tree. But we also knew that there were certain ways we would have to play to try and put them under pressure.

“They have strengths in most areas so to pull together the game we played, and to keep that going for three Test matches with a change of personnel, leaves me feeling really very proud of that achievement.”

On his last match with the Lions in 2009

“It was a massive win. The players were superb. The dressing room after the second Test was one I never wanted to be in. To come and play like that in the third Test showed that they are an outstanding group of players. I was worried that we might go into our shells but we didn’t do that and we score some great tries.

“To finish off the way we did is satisfaction but it’s secondary satisfaction because we came here to win the Test series and we haven’t managed that.”

“There have been many great players associated with the Lions over the years, with names like Willie John McBride, Martin Johnson, Scott Gibbs and Gareth Edwards springing to mind.But as someone who embodies everything it is to be a Lion, there is nobody who will come close to what Geech has brought to the red jersey.

“From player, to coach, to manager – not to mention assistant manager and consultant – he epitomises the Lions as a brand and as a team.

“Those players who went to South Africa in 2009 will tell you that if they bumped into one of their fellow Lions, they would give them an enormous embrace because there is a bond that will be there forever.And that’s because of Geech – the ultimate Lion.”