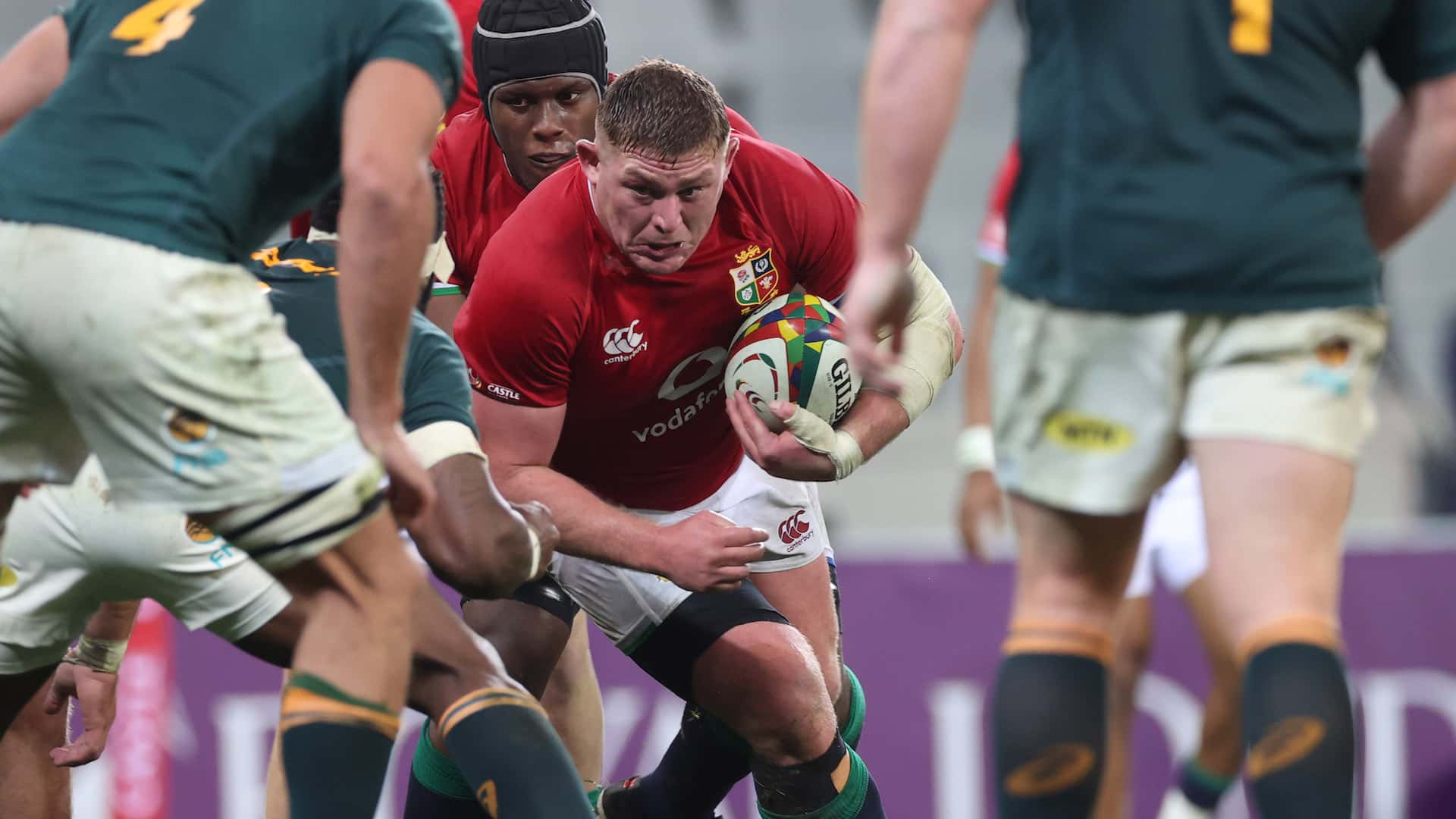 Tadhg Furlong has always made his presence felt, both on and off the pitch.

From the moment the Wexford-born prop took his first steps into the game as a five-year-old at New Ross RFC, his talent – and eye for a tackle – was clear for all to see.

Even at an early age, his coaches at the club described him as fearless and his devastating tackling ability has accompanied him throughout his rise through the ranks.

He has since established himself as Ireland’s No.3 and been on the last two British & Irish Lions Tours, playing in all three Tests in New Zealand in 2017 and South Africa four years later.

But it was at New Ross where his skills were first forged, having followed in the footsteps of his father James – a former player and coach at the club – after being brought along to sessions.

“I started off in New Ross RFC down in the south of Wexford so I would have probably been thrown out there at quite a young age as my father was involved,” said Furlong. 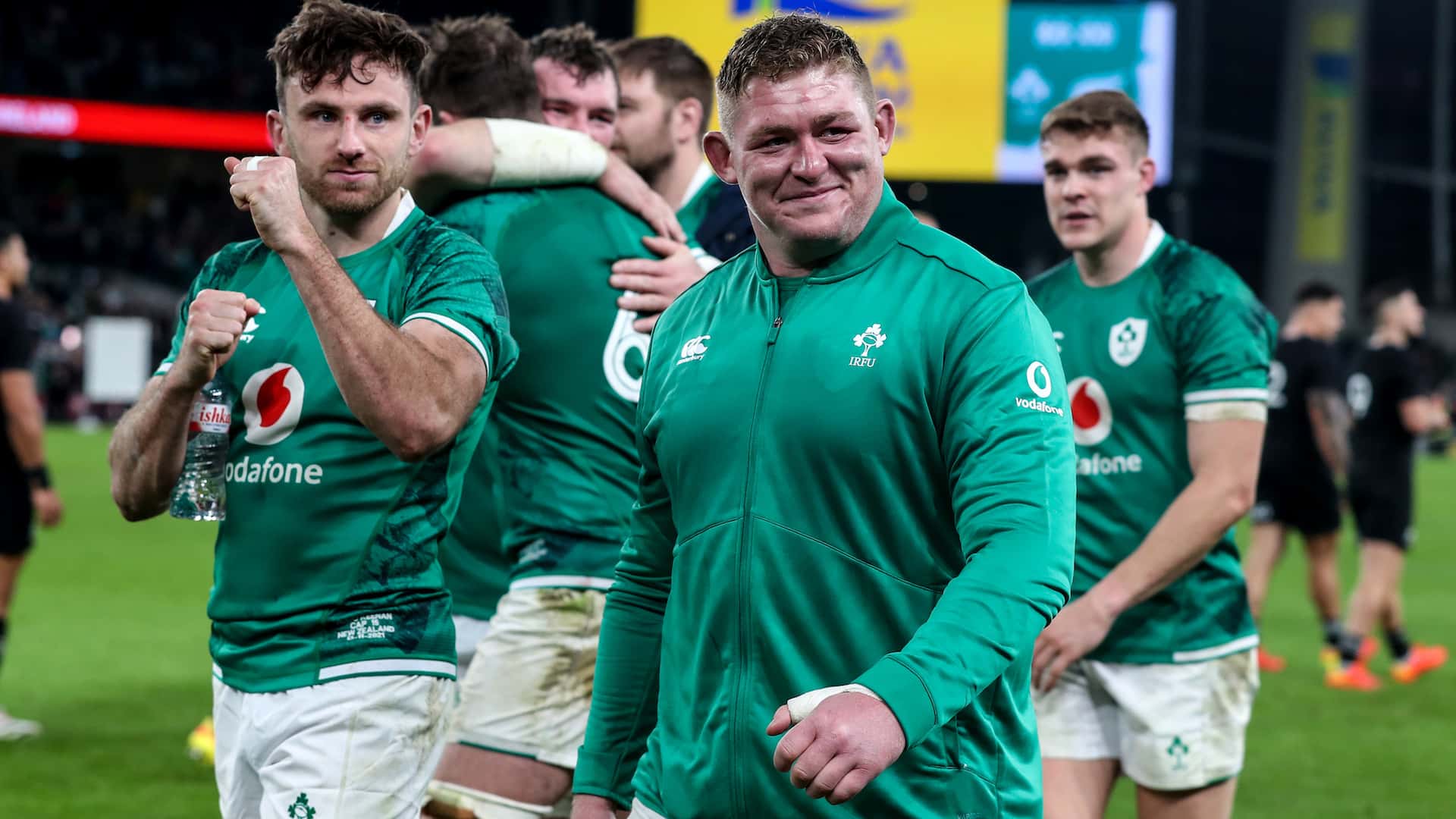 “He played for a good few years in the club and then he got involved in coaching under-age teams so I was kind of brought along and was kicking the ball on the sidelines.

“My mother was probably sick of looking after me at that stage so my father just brought me along to keep me busy and it just went from there really.

“We used to go in on a Saturday or Sunday and from that age of four or five you are just thrown out with the Under-8s and let them at it so that’s where it all started.”

Rugby was not the only sport that occupied Furlong’s childhood as he also excelled at Gaelic football and hurling but it was the pull of Ireland and the Lions that eventually won out.

“My father is a farmer, my mother is a teacher. I’m from Wexford in Ireland so down in the very south east of Ireland and it was a really normal upbringing for me,” he continued.

“I played a lot of rugby in the winter, a lot of Gaelic games and GA in the summer. I always watched a lot of Irish rugby games particularly, Lions series and stuff like that.

“I suppose you had certain players that you always wanted to emulate. It’s a dream, it’s a dream to play rugby as a profession and then to be able to go on a Lions Tour.”

Furlong’s reputation resulted in him getting picked up by Leinster’s academy after he left school, going on to make his senior debut in 2013 before being promoted to the senior squad. 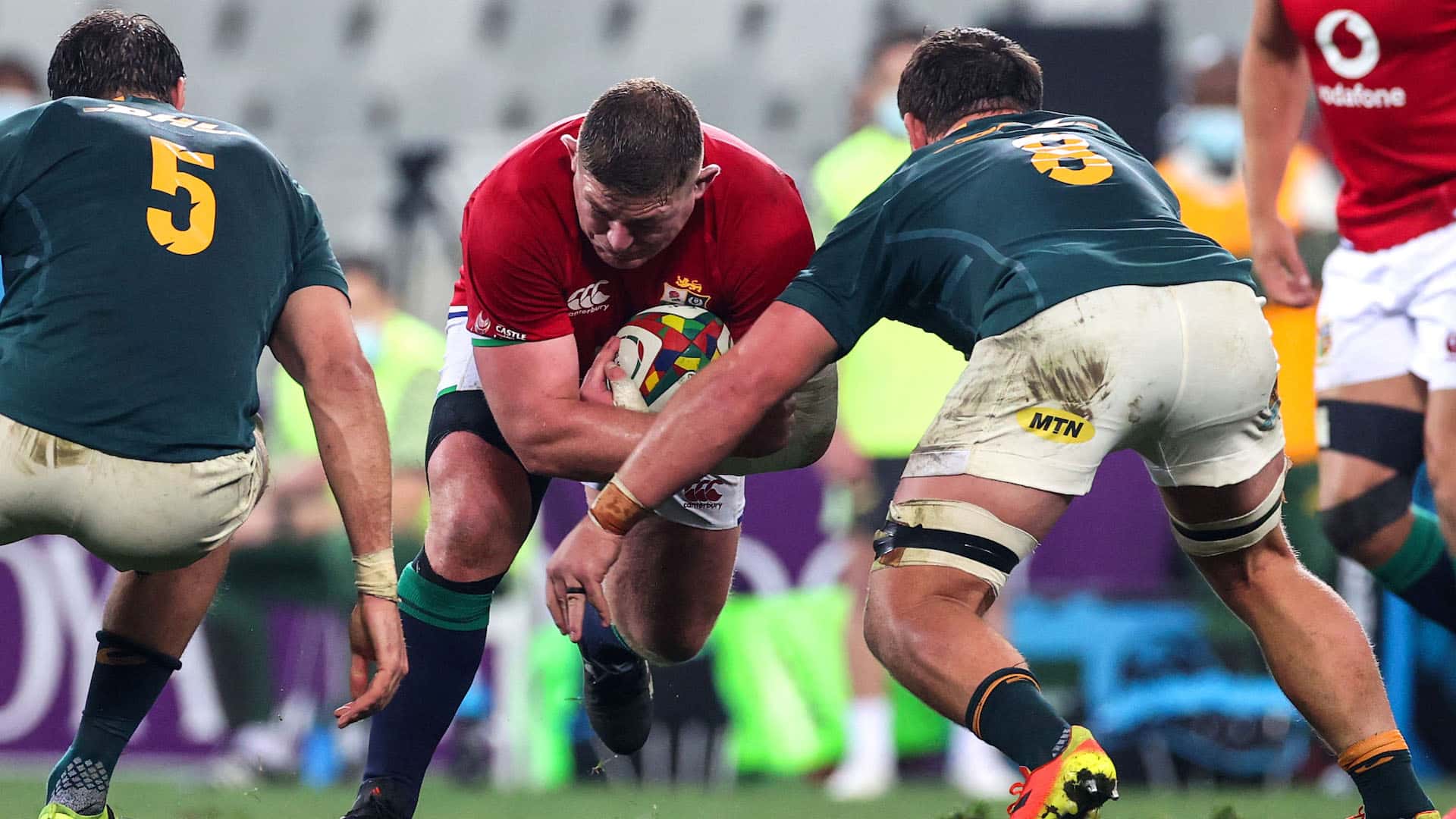 Yet the tighthead prop admits it was only when he represented Ireland at the Under-20s World Cup that he truly realised he could potentially make it at the highest level.

“There’s two forms of pathway in Ireland really, there’s the school system and the club system and I would have came through the perceived less traditional model of club system,” he said.

“When you’re 17 or 18 leaving school you’re getting picked up by Leinster into the sub-academy, academy kind of stages and you still didn’t know then if you’re going to make it or not.

“You’ve never seen how good the school fellas were your age. The big eye-opener was playing the Under-20s World Cup and seeing that you could mix it at that age and that level.

“I suppose from then you start understanding that you can make that step.”

It was also at that tournament where Furlong showed he could leave a big impression off the field as well – as demonstrated by the story of how his self-appointed nickname ‘The Jukebox’ was born.

“I used to nickname him ‘The Mayor of Wexford’. In the World Cup, I used to give the boys prizes and for the third game running Tadhg Furlong won tackle of the day.

“So I said, ‘Boys, here’s the winner, it’s the Mayor of Wexford and here’s the clip’. I showed the clip of the tackle, a massive big hit, and the boys gave him a round of applause.

“Tadhg put his hand up and said, ‘Mike would you please stop calling me the Mayor of Wexford, just call me The Jukebox’. When I asked why, he said, ‘Well, the hits keep coming’.”

Furlong made his Ireland debut in 2015 and soon captured the imagination of fans with a host of hair-raising performances, including a starring role in his country’s first-ever win over the All Blacks in Chicago in November 2016.

Then, despite having fewer than 20 Ireland caps to his name, Furlong was selected by Warren Gatland for the Lions’ Tour to New Zealand the following year and started all three Tests. 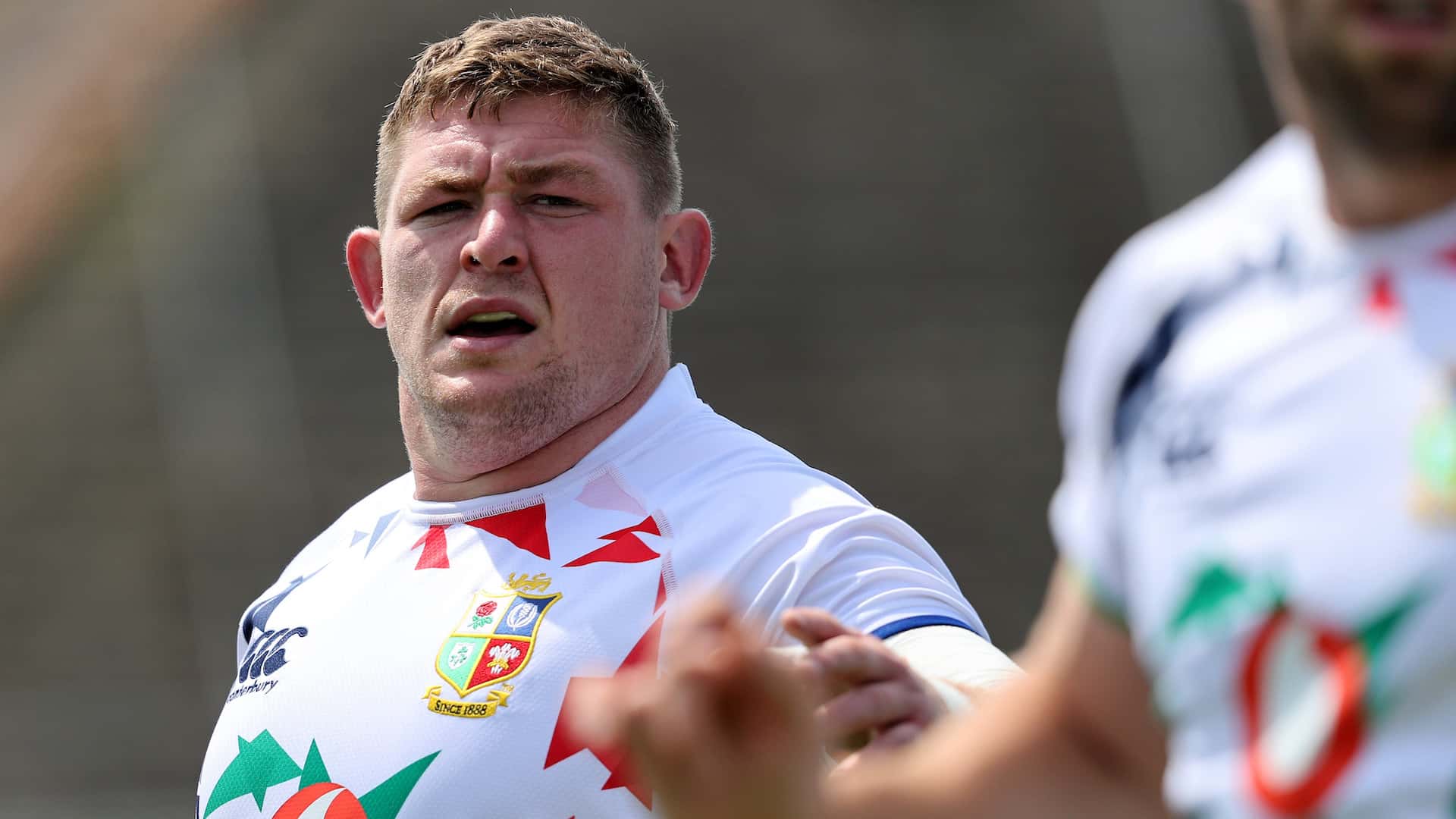 It was an experience that Furlong struggles to put into words, having dreamed of wearing the famous red jersey as a young man while idolising the likes of Keith Wood and Brian O’Driscoll.

“It’s just class,” Furlong said. “It’s hard to describe why or how, it’s not only for the players but for the backroom staff, the coaches, everyone understands just how special it is.

“It’s the history as much as anything really. There is not a lot of people who have worn the jersey and there’s so many iconic Tour moments that you see over and over again.

“It’s just to bring these players together and the challenge of it, just how unique it is.”

And by the time he was again selected by Gatland for the Tour to South Africa, the Irishman had firmly established himself as one of, if not the best tighthead in world rugby.

He had been a key figure in Ireland’s 2018 Grand Slam triumph, summer tour victory over Australia and a famous first-ever victory over the All Blacks on home soil.

His second Lions Tour ultimately ended in a narrow 2-1 series defeat but Furlong was impressive in the front row once again, playing in all three Tests against the Springboks.

The 29-year-old has since won his 50th cap for Ireland, captained them for the first time and added a series win in New Zealand to his resume.

But for all of his success, Furlong has never forgotten where it all started.

“I think New Ross Rugby Club, the start they gave me, the friends I’ve made there, what they give from a social aspect to our family as well, it’s been a big part of my life,” he added.

“They are proud rugby people in that part of the world.”