Lions hang on to go one up 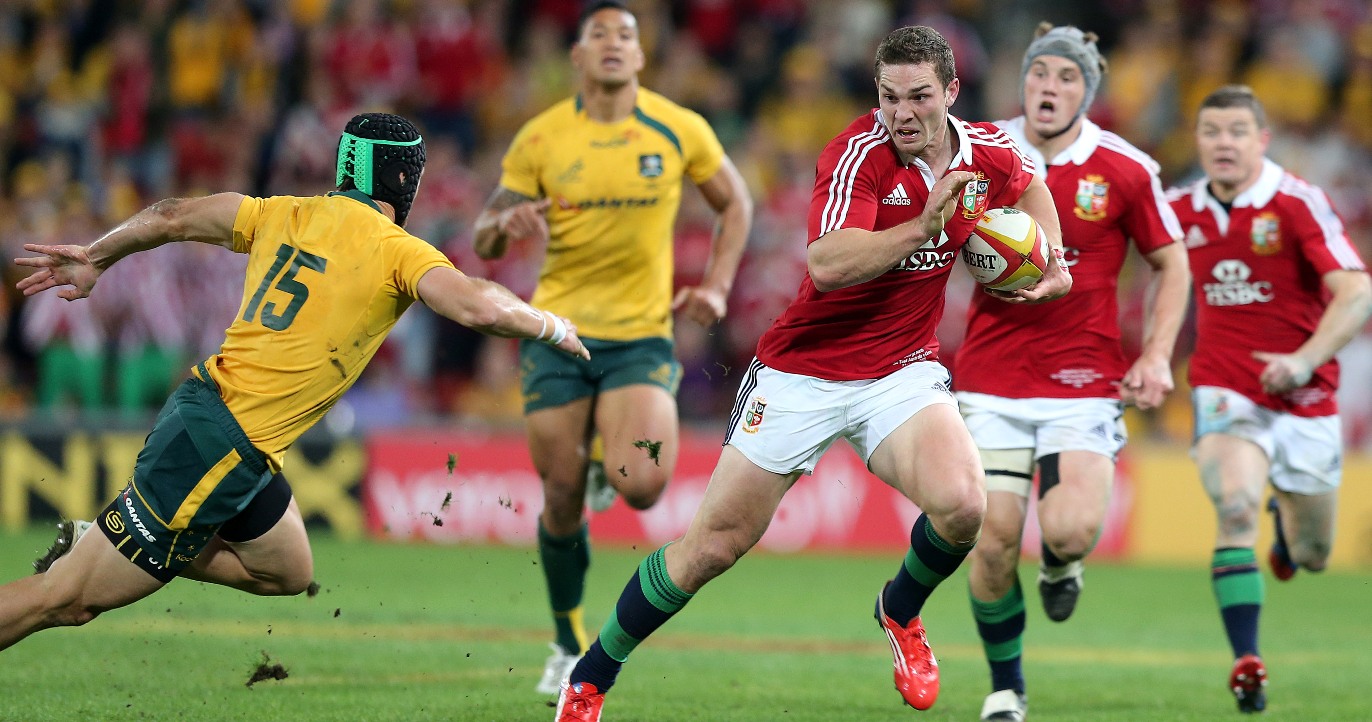 The British & Irish Lions maintained their record of never having lost a Test match in Brisbane as they hung on to win the opening game of the three-match series against the Qantas Wallabies 23-21.

In a game in which the Lions forwards dominated possession the scoreline could and should have been more in favour of the tourists and they could have lost with the last kick of the game.

Having won their own scrum ball near half-way they kept it at the back foot and found themselves being penalised by New Zealand referee Chris Pollock when the set-piece crumpled in a heap.

That gave Kurtley Beale the chance to shoot for stardom from 45 metres, a distance from which he had scored earlier in the half. It was the last kick of the game and it would have given the Wallabies victory at the death.

But Beale slipped as he ran up to kick the ball and his attempt was low and wide. The ball went dead, the whistle blew and the Lions were off to a winning start – with their eighth successive Test triumph in Brisbane, in front of a record crowd of 52,499 at the Suncorp Stadium, in the bag.

The Wallabies ended the game with so many back line injuries that they had back row man Michael Hooper playing at centre and replacement scrum half Nick Phipps on the wing. The Lions came through another very physcial battle largely unscathed, while the Wallabies were left kicking themselves at losing out on 14 poitns through missed kicks at goal.

There was a fear the Wallabies would be ‘undercooked’ coming into the game having been in training camp for the best part of three weeks, but they were up to speed from the start, especially in defence.

The home side came into the game with three new caps in their side and one of them, the Brumbies playmaker Christian Lealiifano lasted only 50 seconds. The Lions worked a line-out win into midfield and unleashed Jonathan Davies at the Aussie defensive line.

Lealiifano got his head in the wrong place in the tackle and ended up on a stretcher with his game, and possibly series, ruined. The Wallabies also lost full back Berrick Barnes to another head injury just before the break when George North pushed opposite number Israel Folau into the full back.

It was the home side who had the early chances to get the scoreboard moving, but James O’Connor pushed two penalty shots wide of the mark in the space of two minutes as the Lions were let off the hook.

But it didn’t take long before the Wallabies broke their duck as Will Genia conjured up some magic from hi sown 22. The defence held firm against a tidal wave of red Lions shirts and when Brian O’Driscoll was penalised at the breakdown Genia struck.

He took a quick tap penalty and was racing out of his 22 before the Lions could react. He had half-back partner O’Connor on his inside and Folau on his outside, but he kept on running before kicking ahead for Folau to race onto the ball and bag a debut try.

O’Connor added the conversion points to end his run of misses and the Wallabies were visibly lifted by the score. The Lions dominated possession in the first half, 68-32 per cent, and they didn’t take long to respond.

Paul O’Connell won a line-out and when the Aussies came into the maul from the wrong side Leigh Halfpenny was able to land his first penalty. Three minutes later and the Lions full back was back at the kicking tee after North had scored one of the great Lions solo tries.

Barnes kicked out of his 22 and the Welsh wing judged his catch on his own 22 perfectly. He then set off on a run to the try line that saw him beat Pat McCabe and O’Connor near half-way, swerve past Barnes jut outside the home 22 and then comfortably beat the corner Genia for pace as he raced over in the left corner.

It was a fabulous try and Halfpenny’s conversion and second penalty on 31 minutes edged the Lions out to a 13-7 lead. From there they looked set to take firm control, but another great solo try from Folau, stepping inside Johnny Sexton and shoving aside Halfpenny, cut the gap to a single point.

O’Connor missed the conversion and Halfpenny was wide with the last kick of the half to leave the game delicately poised at the interval.

The Lions got off to a flying start to the second half when they used good line-out possession once again to create an avenue in midfield for Alex Cuthbert to come off his wing and charge through three defenders to cross from 20 metres out for a try which Halfpenny easily improved from in front of the posts.

The Lions pack were by far the stronger throughout the game, but the Wallabies were always quick to counter attack and the introduction of Kurtley Beal at full back in place of the injured Barnes gave them an even greater cutting edge. Beale also took on the role of goalkicker shortly after O’Connor had landed a 51st minute goal to cut the gap to five points.

Beale’s first attempt was from 45 metres and he hit his kick perfectly to issue a warning to the Lions not to risk any more infringements in their own half. Halfpenny replied with his third penalty to restore the lead to five points, before Beale kicked another to make it 23-21 with 13 minutes to go.

It was still anyone’s game and Beale had two more shots at goal before the game ended. Both were wide and that is why the Lions were able to hang on to claim victory.

It was close, too close for comfort, and proved there is not much between the two sides. A win in Melbourne next weekend could see the Lions clinch their first series in 16 years.

They will need to be more clinical if they are to achieve their dream and give away far fewer penalties, especially at the breakdown. But they are 1-0 up in the series and in control . . . for the time being!