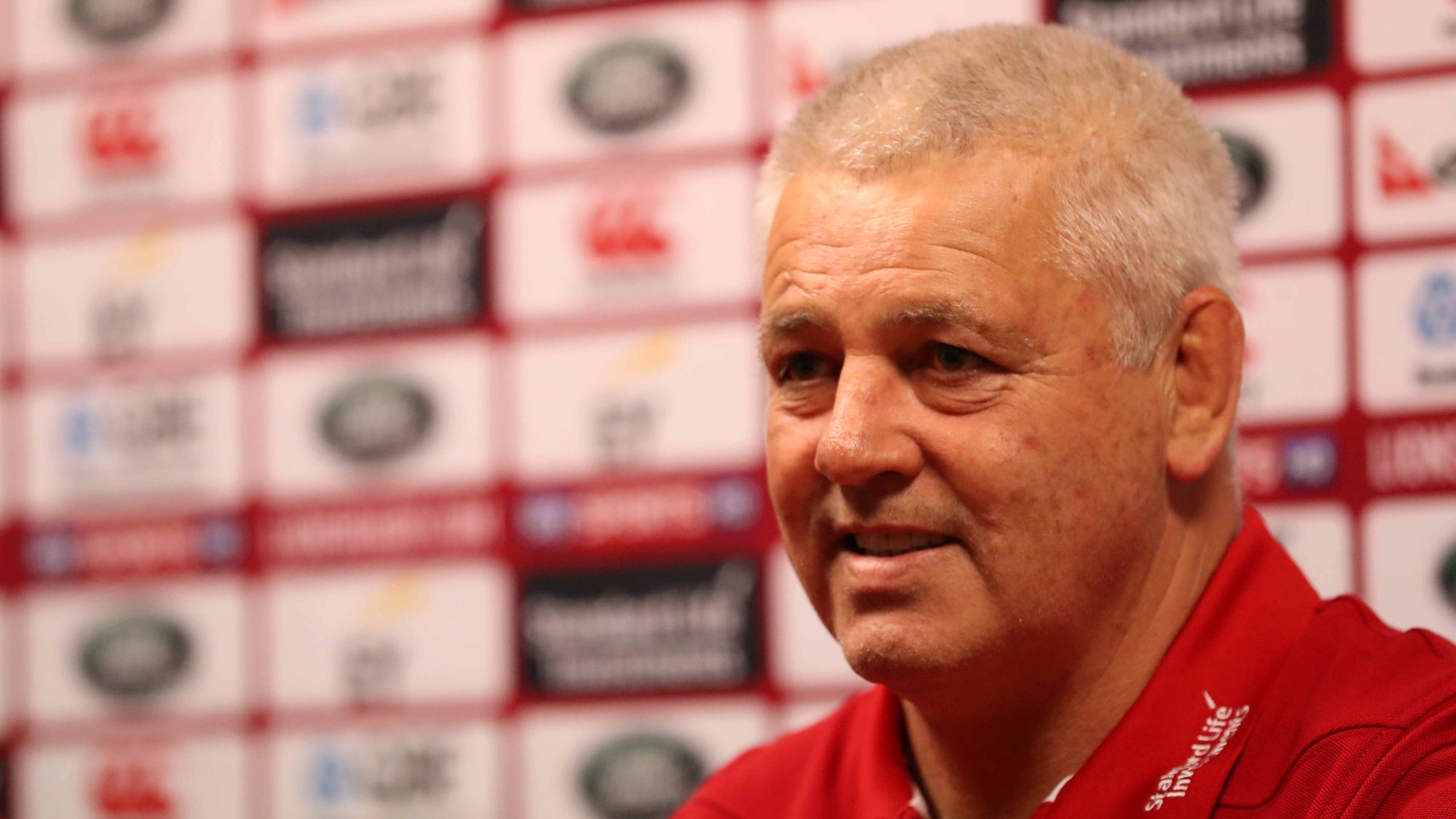 And on Tuesday night they will take on the Highlanders in the iconic closed-roof Forsyth Barr Stadium looking to build momentum with the Test series against the All Blacks now under a fortnight away.

The Highlanders, Super Rugby champions in 2015, come into the clash with nine wins from their last ten – although the defeat did come last time out against the Crusaders.

And Lions Head Coach Warren Gatland has again rung the changes with Saturday’s clash against the Maori All Blacks in Rotorua coming hot on the heels of this encounter.

After an intensely physical battle in Christchurch on Saturday, Gatland has named a fresh side ready to carry on that good work.

Tour captain Sam Warburton returns to captain the tourists with James Haskell and CJ Stander joining him in the back row – the latter appearing in the matchday 23 for the third game in a row.

Joe Marler, Rory Best and Kyle Sinckler all return to reproduce the front row that started the opening fixture against the NZ Provincial Barbarians, while Courtney Lawes and Iain Henderson both earn their second starts in the second row to complete the pack.

Compatriots Dan Biggar and Rhys Webb will go again as they did against the Blues with Robbie Henshaw and Jonathan Joseph lining up together in midfield.

Jared Payne gets a go at full back and Tommy Seymour and Jack Nowell are the men on the wings.

James Haskell on his former side the Highlanders’ strengths:

“We are building some momentum and we have improved with every game. We were obviously pleased with the win against the Crusaders, especially our defence and game management, but we know the Highlanders will be another massive test for us as a squad.”

“For some of these guys this will be the biggest rugby day of their careers, and it is a special moment in any rugby player’s life to play against the Lions.”

After a slow start to the 2017 Super Rugby season, the Highlanders have since produced some scintillating rugby under new head coach and all-time top point scorer Tony Brown.

Ever imagined what it’s like to take to the field as a Lion?

Three defeats in their opening four fixtures were followed by nine wins on the bounce before a magical late Mitch Hunt drop goal saw the Crusaders end that run at the start of June.

Super Rugby champions as recently as 2015, Brown’s side boast five All Blacks in their matchday 23 to face the Lions.

Keep an eye out for the dangerous duo of Malakai Fekitoa and Waisake Naholo in the back line, while fly half Lima Sopoaga will get more match time under his belt before joining up with the All Blacks for the Test series.

Liam Coltman has been named as injury cover in the All Blacks squad for the Test series against the Lions.

But with Dane Coles likely to miss at least part of the series, the 27-year-old Coltman can push his case on Tuesday night for his Super Rugby side.

Coltman’s head to head with Rory Best should make for compelling viewing therefore.

Best has won over 100 international caps and captains Ireland while Coltman won his first All Blacks cap last year against Italy in the autumn.

Best can further his own case for Test selection with a strong showing on his second start of the Tour after the opener against NZ Provincial Barbarians.

Only two of the starting XV – Rory Best and Sam Warburton – have appeared on a previous Lions Tour. The duo both went to Australia in 2013 and Tour skipper Warburton will be making his second start of this Tour.

The Highlanders have only lost once at Forsyth Barr Stadium to non-Kiwi opposition since 2014.

Working their way down to Dunedin at the southern end of the South Island’s eastern coastline, the Lions will be welcomed to the impressive Forsyth Barr Stadium.

Built back in 2011 in time for the Rugby World Cup this 30,000-seater is New Zealand’s only fully covered rugby venue with an eye-catching transparent roof that keeps the wind and rain out.

Before work could begin back in 2009 the land the stadium now sits on had to be cleared of its existing buildings with contractors recycling 97% of materials from the construction site.

Since hosting four 2011 Rugby World Cup matches has provided a home for the All Blacks to take on the likes of South Africa, Australia, Wales and England.

And today it remains as the world’s only permanently covered stadium to boast a natural turf playing field.

Angus Gardner of Australia will be in charge at Forsyth Barr Stadium, his second game of the Tour having overseen the Lions’ opener at Toll Stadium in Whangarei.

His touch judges in Dunedin will be Pascal Gauzere and Romain Poite, with Ian Smith completing the quartet as TMO.

Every game of the Tour will be shown on Sky Sports 1 at 8:35AM BST, 7:35PM local time in New Zealand and live on Radio on Talk Sport

HOW TO GET INVOLVED 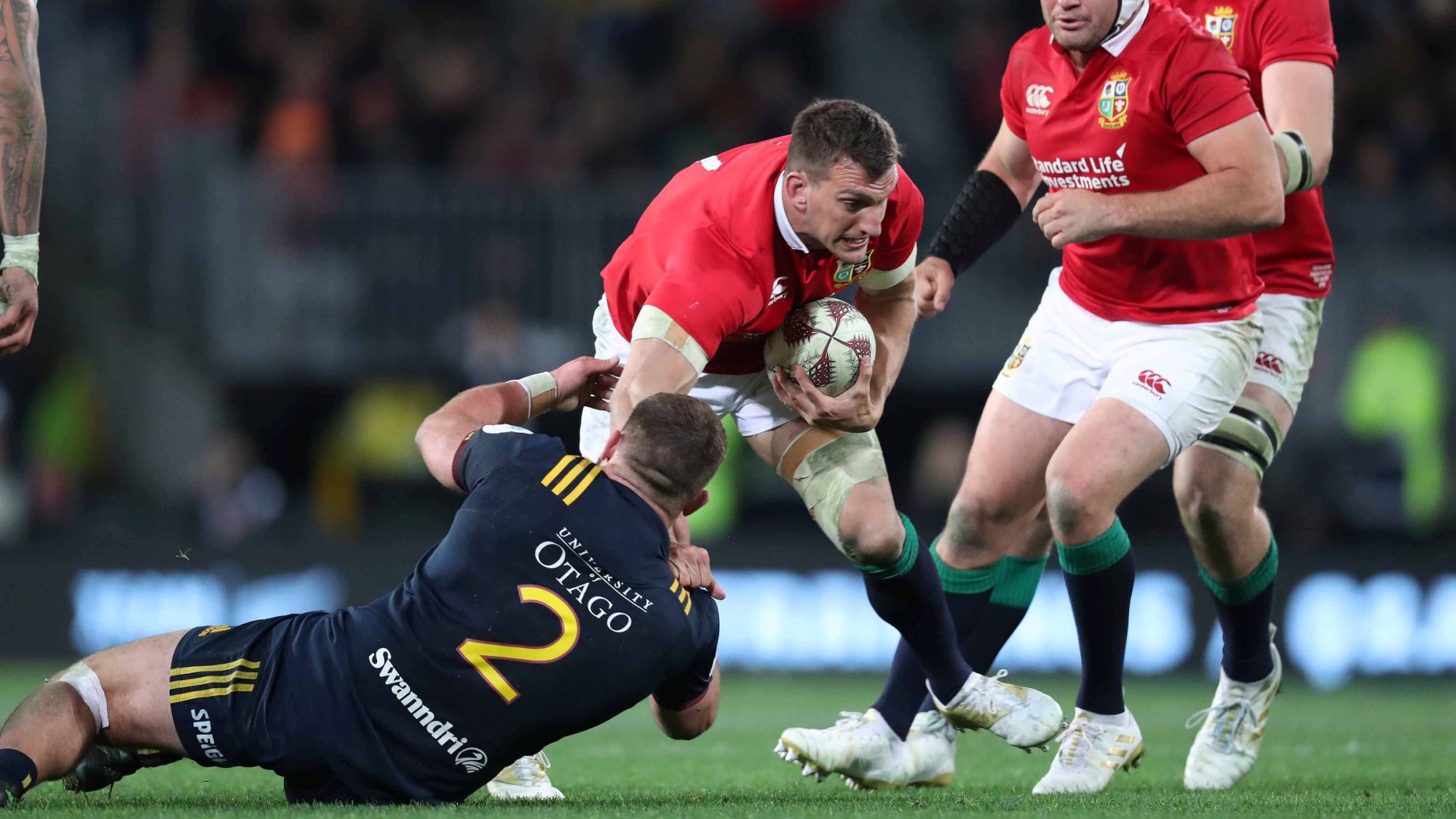 Under the roof of the Forsyth Barr Stadium, the Lions attack clicked into gear on Tuesday night with three tries courtesy of Jonathan Joseph, Tommy Seymour and skipper Sam Warburton.

But the Highlanders crossed for two tries of their own thanks to two of their All Blacks, Waisake Naholo in the first half and Liam Coltman in the second before Banks’ nerveless late effort put the hosts in front.

Elliot Daly’s late long-range penalty then fell short and while the Lions pressed hard in the final moments, the home side held on for a famous victory leaving the Lions to head to Rotorua to prepare for the Maori All Blacks.

After an impressive opening ceremony that saw the Highlanders present Tour captain Warburton with a claymore sword, it was the hosts who came out swinging.

Twice Naholo got free down the right and although Malakai Fekitoa wasted an overlap – superbly tackled by Robbie Henshaw – referee Angus Gardner was playing advantage and Lima Sopoaga kicked the home side into an early 3-0 lead.

The Lions did not take long to respond though, Rhys Webb darting clear down the right from a maul while Iain Henderson and Kyle Sinckler were showing up well in attack in their second starts of the Tour.

And the tourists thought they had their first try of the game soon after but, after checking with the TMO, it was ruled that Seymour was just short before Webb then knocked on in the act of scoring from the next phase.

Biggar – whose first outing on Tour was ended prematurely against the Blues by injury last week – was pulling the strings well and his penalty levelled the scores after an intense, if error-strewn, first quarter.

The Highlanders were next to strike however, flanker Gareth Evans twice burst clear down the left and when the ball was recycled it was that man Naholo whose raw power and quick feet put him under the posts for the game’s first try.

Sopoaga added the simple extras, while the Lions lost the impressive Courtney Lawes to injury as he tried in vain to scrag Naholo – Alun Wyn Jones on in his place.

The home side continued to threaten, Sopoaga and Teihorangi Walden’s clever kicking causing problems as Tevita Li was only denied a breakaway score by superb covering from Henshaw and Webb.

The Lions needed a response as the half hour approached and it was Joseph who provided it, the England centre backing himself and dotting down in the left corner after smart interplay from CJ Stander and Biggar released him.

The Welsh fly half added the tough extras to make it 10-10 and that was how it stayed, Sinckler’s searing line break coming to nothing, as the two evenly-matched sides went into the sheds all square.

Sopoaga’s attacking kicking had turned Lions defenders in the opening period but after the break it proved the hosts’ undoing.

Seymour collected yet another cross-field kick and with no one in front of him, the Scot cantered clear for his first try on Tour and the Lions second on the night.

Biggar missed with the tough extras but the Lions kept coming – Webb again darting clear round the fringes but that was his final involvement before Greig Laidlaw was introduced in his place.

Ken Owens and Dan Cole were not far behind the Scot off the bench and while Sopoaga trimmed the lead with a penalty, the Lions struck again in the 53rd minute.

From a five-metre scrum the Lions battered away at the line – Henderson and Joseph both cutting lovely lines off Laidlaw to get them close and in the end it was Warburton who picked and went through the middle to dot down under the posts.

That’s more like it at breakdown on the Lions’ line – great Henderson rucking. Warburton growing into game as pace goes up

Biggar’s simple conversion made it 22-13 to the tourists but, after showing their attacking qualities before the hour mark, the Lions then had to front up in defence.

A Henderson turnover repelled the Highlanders the first time but the Lions went offside shortly after as ill-discipline plagued them and the pressure finally told, Coltman going over at the back of a rolling maul.

Replacement Banks – on for Sopoaga – added the extras to make it only a two-point Lions lead as the game entered the last quarter of an hour.

Daly was now on at full back for Jared Payne, the England man showing some nice touches in attack but Owen Farrell – on for Biggar – then pulled a penalty wide with his first touch and it stayed 22-20.

And when the Highlanders scrum won a penalty with seven minutes left it was Banks who held his nerve to put them back in front.

And in the face of late pressure from the tourists, the Highlanders held on for a famous win that continues the fine tradition of the Otago province against the Lions.