Feature: The Rise Of Martin Johnson 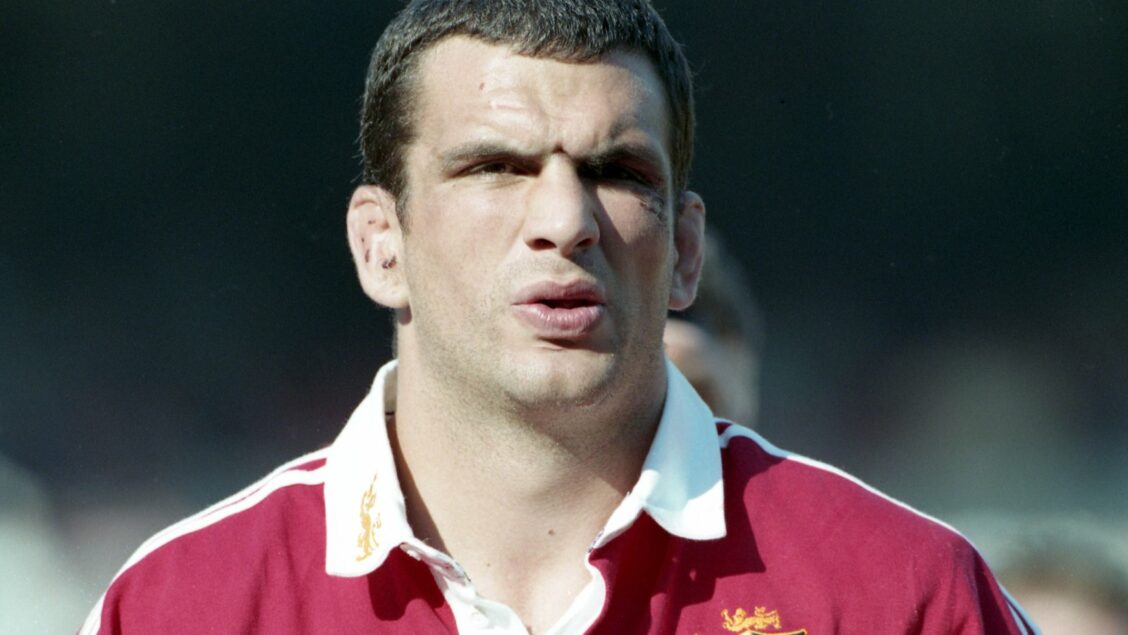 Identifying great leadership qualities is probably more of an art than a science and that was certainly the case on April 2, 1997 when British & Irish Lions manager Fran Cotton unveiled Martin Johnson as captain for the forthcoming Tour of South Africa.

With the benefit of 2020 hindsight, Johnson possibly seems an obvious choice.

In the six years that followed, he captained England to a famous World Cup triumph, led the Lions for a second time in Australia in 2001 and guided Leicester Tigers to two Heineken Cups and four Premiership titles.

Yet although Johnson was always an outstanding rugby player from an early age, he was never identified as an obvious leader.

He won England Schools caps while studying at the Robert Smyth Academy in Market Harborough and had already made his Leicester Tigers debut when he did something which demonstrated a strong mind and focus.

Leaving his comfort zone altogether he spent a year living and playing in King Country, New Zealand where Colin Meads was the main rugby influence. He even played for New Zealand U21 before he returned to Leicester in 1990 armed with the hard edge that never left him

But back in April 1997, his appointment as the Lions skipper was still a major surprise. It was considered a risk – maybe even a bit out of left-field.

Nor did we know then that the clinching factor in his appointment was a chat Cotton had with Johnson’s mother Hilary, an ultra-distance runner from whom he probably inherited that incredible 80-minute engine that never faltered in the heat of battle. 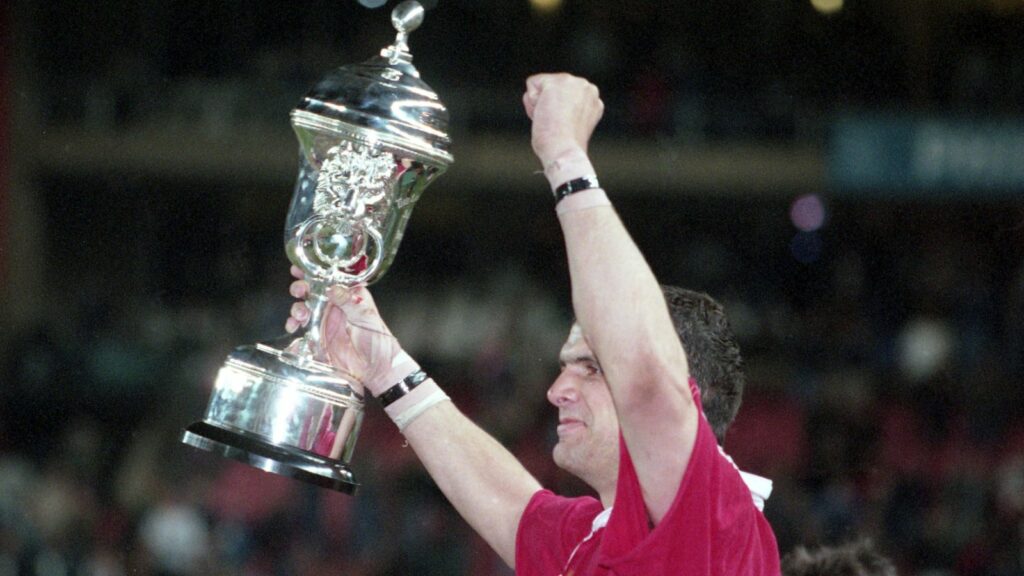 The situation was this. During the 1996-97 season – the first season of professional rugby union – the four home unions were much of a muchness behind Grand Slam winners France.

Initially, the leading candidate was Ieuan Evans, the brilliant Wales wing and skipper who, barring injury, was certain to make the Test team.

But both tour manager Cotton and head coach Sir Ian McGeechan were old hands in South Africa. They had played for the 1974 Lions, seen how the captaincy of Willie John McBride had been pivotal and how, against the Springboks, the battle always starts up front.

That would be where the series was won and lost and that was where the Lions leader needed to operate against the reigning world champions, as Cotton himself explains. 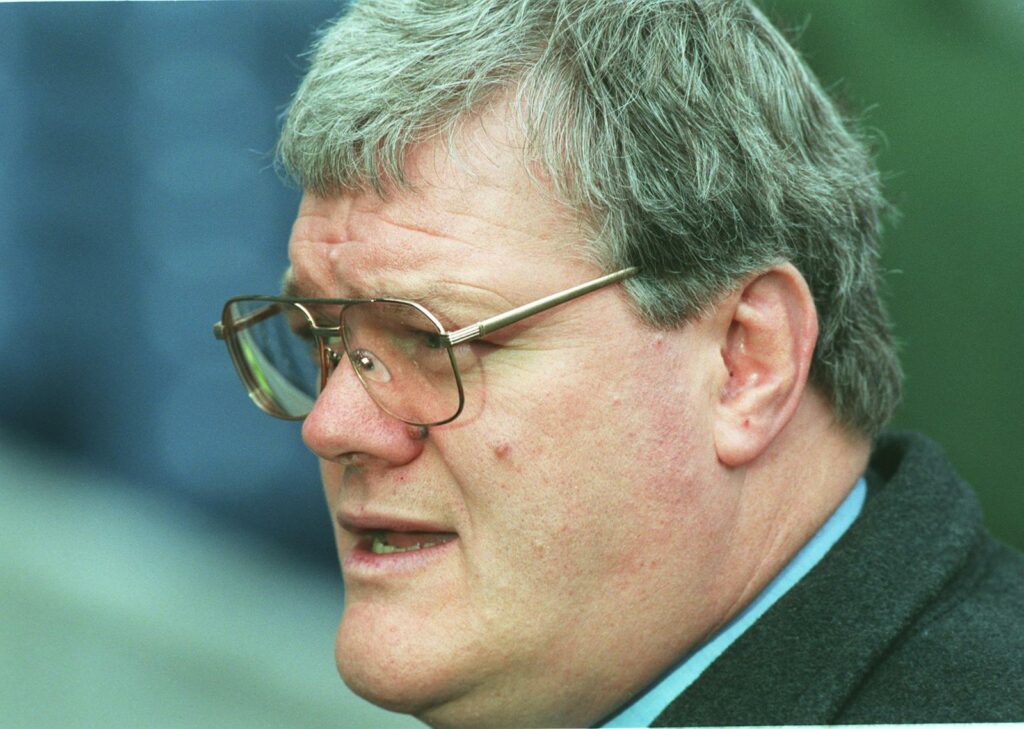 “It was January 1997 and we were still mulling the captaincy issue over when I attended the Rugby Writers Annual dinner at the Cafe Royal in London,” he says.

“As everybody broke up and headed for the bar for the post-dinner ‘session’, my old England and Lions mate Peter Wheeler pulled me to one side for a quick word.

“Peter went straight to the point. The Leicester skipper Dean Richards had been injured and Johnno had proved a brilliant replacement skipper. If I was still looking for a Lions captain, Johnno’s name should be in the mix

“Peter’s words immediately struck home. Johnno was a fantastic, world-class lock, we knew that, and, like Ieuan, barring injury he was inked into our starting Test team but from what I could gather he had no captaincy ambitions or history. He hadn’t captained age group teams. I thanked Peter and said we would look into it. Which we did.

“I spoke to his then-coach at Tigers, Bob Dwyer, and some senior members of the Tigers team and a few of the England boys as well.

“All were full of praise but I wasn’t getting a real feel for the guy so I took the radical step of calling on his mum Hilary for a chat. Nobody knows you better than your mum!

“Hilary was sensible and proud but she didn’t lavish praise. Right at the end, I asked her what his greatest quality was.

“Without hesitation she said ‘his truthfulness and honesty’. If you asked him a question he would give you a straight answer. He would never lie. If he said he would do something, he never let you down.” 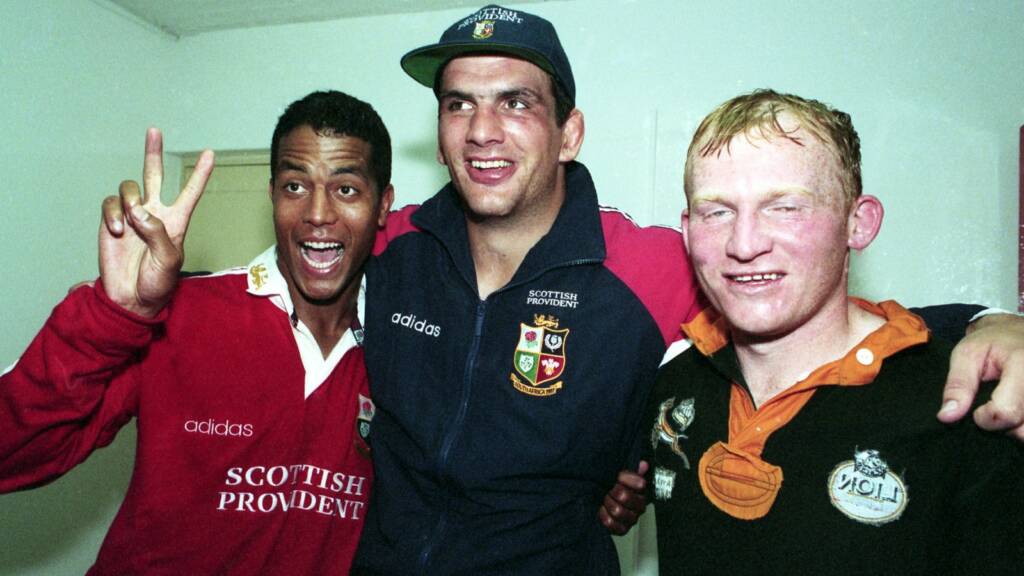 That’s what decided it for Cotton.

Leading a successful rugby side is a nuanced business but it simply can’t happen unless you are totally honest and up front.

You must look your mates in the eye and be worthy of that captaincy every day of a long Tour, eight weeks back in 1997.

Even after that it wasn’t entirely straightforward. Johnson was beginning to struggle with a lingering pelvic injury, later identified as Gilmore’s Groin – an uncomfortable injury you can, to a certain extent, play through but will progressively get worse and eventually require surgery or prolonged rest.

Not an ideal situation for a newly-appointed Lions captain

It was, in fact, the first test of his leadership. Should he ignore it, not tell management and play on? Or should he lay the facts on the table?

Johnson chose the latter, explaining he was happy to play through the pain barrier. Lions team doctor James Robson supported Johnson and assured Cotton and head coach Ian McGeechan that he would be ‘good to go’

The early days of the Tour were crucial not just in terms of bonding but for the party to reach new levels of fitness. 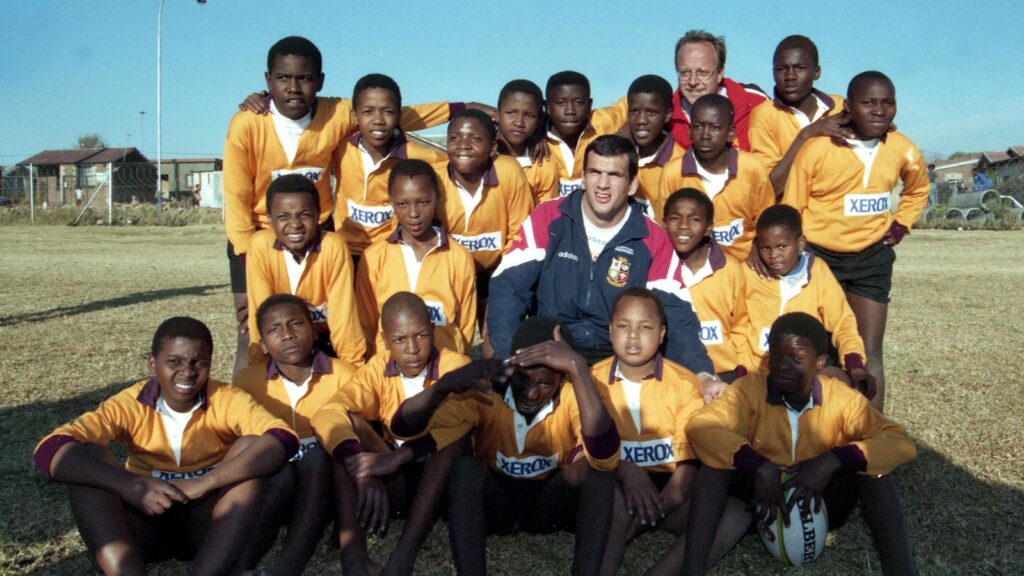 In that first full season of professionalism, some old amateur ways were still prevalent but Cotton and McGeechan knew that in the forthcoming Test series fitness was key. They must and would be fitter than the Springboks.

But still the tests of Johnson’s captaincy – his leadership style – kept piling up. As well as the groin issue, he then picked up a wear-and-tear shoulder injury, a painful creaking AC joint which again can be managed for a while but ultimately always requires surgery.

Again he owned up to the management who, armed with the full facts, put a plan into action.  Robson insisted that the injury could be managed with cortisone jabs the night before matches and Cotton and McGeechan agreed that he should also miss the first two games of the Tour against Eastern Province and Border.

Johnson wanted to lead from the front at all times but by displaying self-discipline, by taking the professional approach, he was also leading from the front.

That was the approach he would expect and demand from colleagues and he needed to set the example.

Johnson was immensely focussed physically and mentally, that was the essence of his leadership, which is not to discount a computer-like rugby brain. 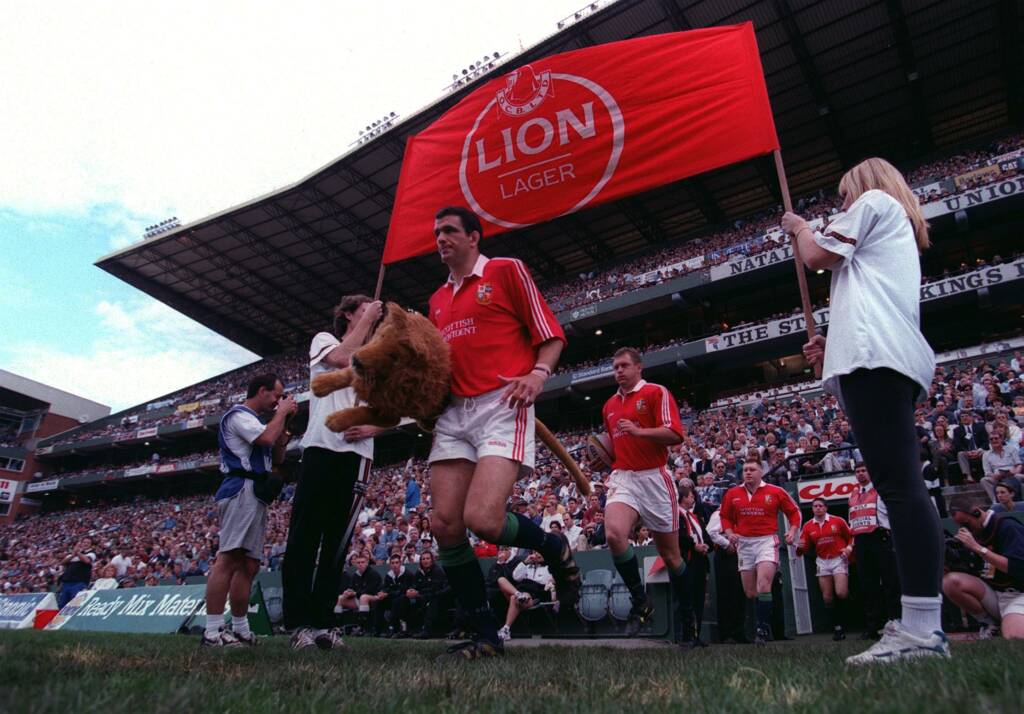 He knew his sport inside out – in fact he knows most sports inside out and is a star man in sports quizzes – and in the opinion of Cotton didn’t make a single wrong call tactically on the field in South Africa. But leading by example was his default position.

An early example of this was in the final dress rehearsal, a week before the first Test – a game against Natal in Durban.

Johnson sustained a nasty cut that seemed certain to see him sidelined for the rest of the match. Not a bit of it.

He sprinted down the tunnel and chivvied Robson along to complete the complicated and extremely painful needlework required to stich the brow of his eye back together.

It’s all there, in graphic details, in the DVD ‘Living with Lions’. In no time he was running out on to the field again – the skipper was back in business!

“That was Johnno, that’s why we picked him,” concludes Cotton. “His finest moment for me was the second Test when, for 60 minutes, the Boks absolutely hammered into us.

“They scored three tries and could have scored three more. We had to somehow weather the storm or else it was all over and not for a second did he stop tackling and competing. 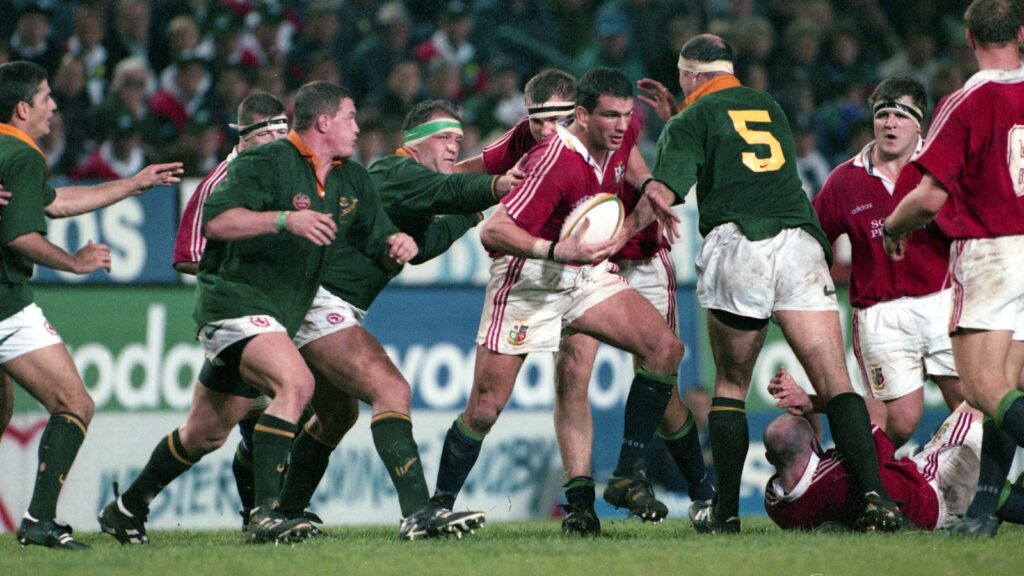 “He was an incredibly tough man mentally and physically and knew what was required. Others picked up the vibe and raised their efforts.

“Somehow we stayed in the game – Jenks [Neil Jenkins] kept kicking his goals – and right at the end we nicked it with Jerry Guscott’s dropped goal to win the series.

“For me that Durban Test was Johnno writ large. That’s how he led and inspired men. He’s right at the top of the pantheon.”

That iconic 1997 Tour – just the second time in the 20th century that the Lions won a Test series in South Africa – did indeed push Johnson to the top of the pantheon, as the skipper wrote his name indelibly in Lions folklore.

These pieces can be on any subject or person related to the Lions, and in any format – interview, opinion, personal memoir, research or history-based editorial.

In particular, we’re looking for new angles, previously uncovered stories and fresh takes on the long and storied history of the Lions. If you have an article to pitch, email office@lionsrugby.com. 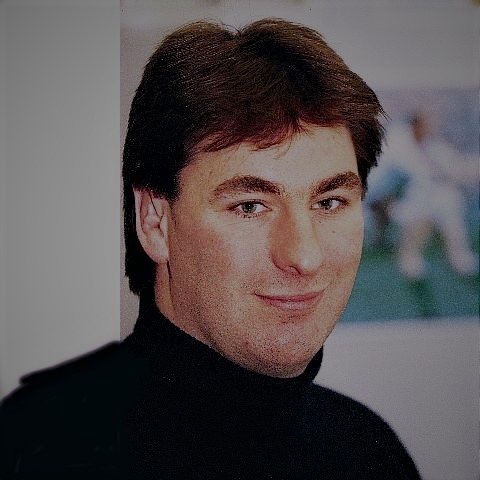 Brendan Gallagher is a correspondent for The Rugby Paper, having previously reported on rugby and many other sports at the Daily Telegraph for over 20 years. He has ghosted books with Brian O’Driscoll, Bradley Wiggins and Nicole Cooke, penned a history of the Giro D’Italia and written the official histories of the Rugby World Cup and of Great Britain’s involvement in the Olympics and Paralympics.