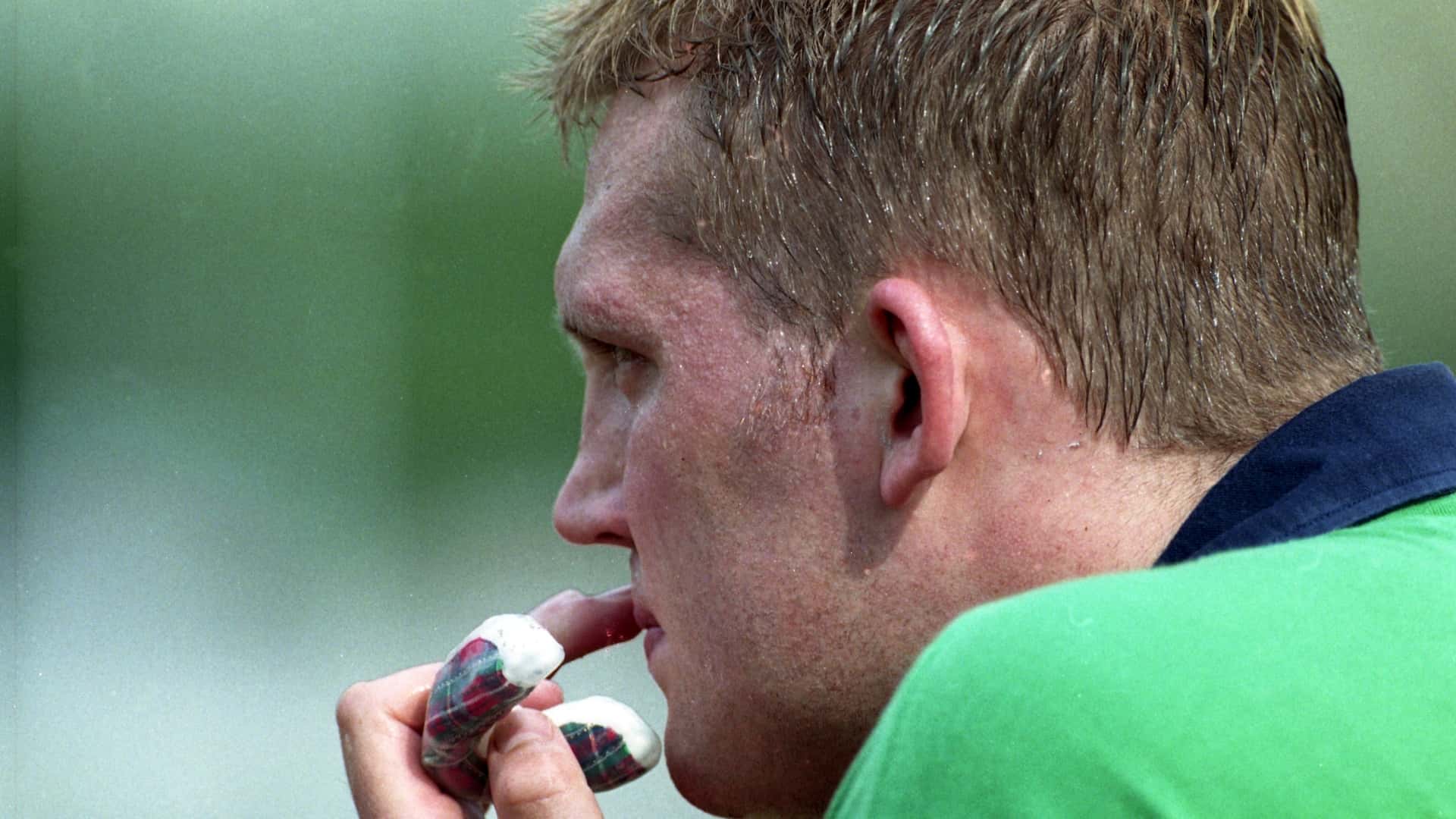 Tributes have been paid to British & Irish Lion #670 and MND campaigner Doddie Weir who has died aged 52.

Weir was called up to the 1997 Lions squad to South Africa and although his tour was cut short due to a nasty injury sustained against Mpumalanga Province, he still described it as one of the greatest experiences of his career.

The second row played 61 times for Scotland, scoring four tries, including two against New Zealand in the 1995 Rugby World Cup quarter-final, making him the only Scottish player in history to score twice against the All Blacks.

He was a club legend at both Newcastle Falcons and Border Reivers, starring in the Falcons side that won the Premiership title in 1998.

In 2017, Weir was diagnosed with Motor Neurone Disease, and became one of the most vocal and prominent campaigners in the world – setting up his charity My Name’5 Doddie Foundation, which has raised more than £5 million since being launched.

Tributes have poured in to honour a true legend of the game both on the pitch and off it, with fellow British & Irish Lion and legendary commentator Brian Moore calling Weir an “outstanding man”.

Very sorry to hear about the death of Doddie Weir. An outstanding man in every sense and one who will be sorely missed.
RIP Big Man.

Weir’s impact on Scottish rugby cannot be overstated and another of the nation’s rugby legends and a former teammate of Weir’s Scott Hastings called him “the most lovable man in the world”.

We lost the most lovable man in the world today!
DODDIE WEIR we will honour your legacy & find a cure for MND @MNDoddie5 #tacklemnd #doddieaid #united2endmnd pic.twitter.com/HjYS2S4bmD

He has been such an inspiration since his diagnosis, raising both significant funds and also the profile of MND and that has led to him becoming a true national hero, with Scottish footballing icon Sir Kenny Dalglish praising him for his fight against the disease.

Very sad to hear the news about Doddie Weir. He led my example, inspiring so many others with MND and made great strides towards treatment and ultimately finding a cure for the disease. He leaves behind an incredible legacy. Our sympathy goes to his wife and 3 boys. RIP Doddie 🏴󠁧󠁢󠁳󠁣󠁴󠁿 https://t.co/0ukiPsOPaO

The news came during England’s match with South Africa at Twickenham, and when the announcement was made, the whole crowd rose to their feet for a round of applause to show their respects.

Former England captain Dylan Hartley and South African World Cup winner Bryan Habana spoke of Weir’s legacy both in and out of the sport.

Habana said: “He embodied everything the game stands for in terms of respect, charisma, spirit in which the game is played and the humour with which he embraced fellow teammates.

“What he brought to the game of rugby, he was a phenomenal player and what he has done in the last decade with a disease that would have seen a lot of people die a lot earlier, and how much money he has raised.

“Even with the struggles, to be able to walk two or three kilometres, just to be able to show to the world, the character he has.

“To his family, his loved ones, the deepest respect for someone who really lit up this world and made it a better place.”

“He embodied everything the game stands for”

The Prime Video team speak about Doddie Weir after the sad news of his passing pic.twitter.com/fuEcrsKELP

The tributes kept pouring in, from presenter Gabby Logan – who last year appeared on TV show Who Wants to be a Millionaire to raise money for the foundation, to cycling great Sir Chris Hoy.

Dearest Doddie you have inspired so many people on the rugby pitch and in your relentless campaigning for MND. We were lucky to call you a friend. To see you as the adoring husband to Cathy and the best Dad to Hamish, Angus and Ben was to really know you. We will all miss you 💙

Even though we knew it was inevitable, it’s no less of a shock. Rest in peace Doddie, we’ll all keep fighting to help find a cure. 💔 pic.twitter.com/WzKMQWdnmo

Outside the world of sport, author and Scotland fan JK Rowling paid her respects, as did the Prince and Princess of Wales.

Incredibly sad to hear about the death of Doddie Weir. A wonderful, funny, warm and courageous man who’ll be deeply missed. pic.twitter.com/bZQ9tVCRxR

Doddie Weir was a hero – we are so sad to hear of his passing. His immense talent on the pitch as well as his tireless efforts to raise awareness of MND were an inspiration. Our thoughts are with all those who loved him. He will be hugely missed across the entire rugby world. W&C

— The Prince and Princess of Wales (@KensingtonRoyal) November 26, 2022

He said: “Today is a deeply sad day for everyone who knew Doddie but especially his family, who are at the forefront of our thoughts.

“Doddie was a giant as a player but his campaigning following his MND diagnosis made him a colossus.

“When Bryan Redpath first put me in touch with Doddie to speak to Rob Burrow following Rob’s own diagnosis, he immediately said yes without hesitation. The sight of 5’4” Rob and 6’6” Doddie was something that will live with all of us and probably bonded the duo with the great humour they shared.

“Doddie was able to give Rob the greatest gift of hope that night. He has been like a big brother to all of us since that day.

“I know, on behalf of the whole Ultra 7 in 7 team, it was our ultimate honour that Doddie was at Murrayfield just two weeks ago when we set off on our fundraising challenge.

“With his trademark smile, he insisted that he wanted to be there with his new pink trainers on! The fact that a proportion of the money raised from the Ultra 7 in 7 will go to the Foundation set up by Doddie has particular poignancy as we look to continue his legacy on in the years ahead.

“I am honoured to have been able to call Doddie my friend and I know his spirit lives on in all of us who knew him. He will always be a champion.”