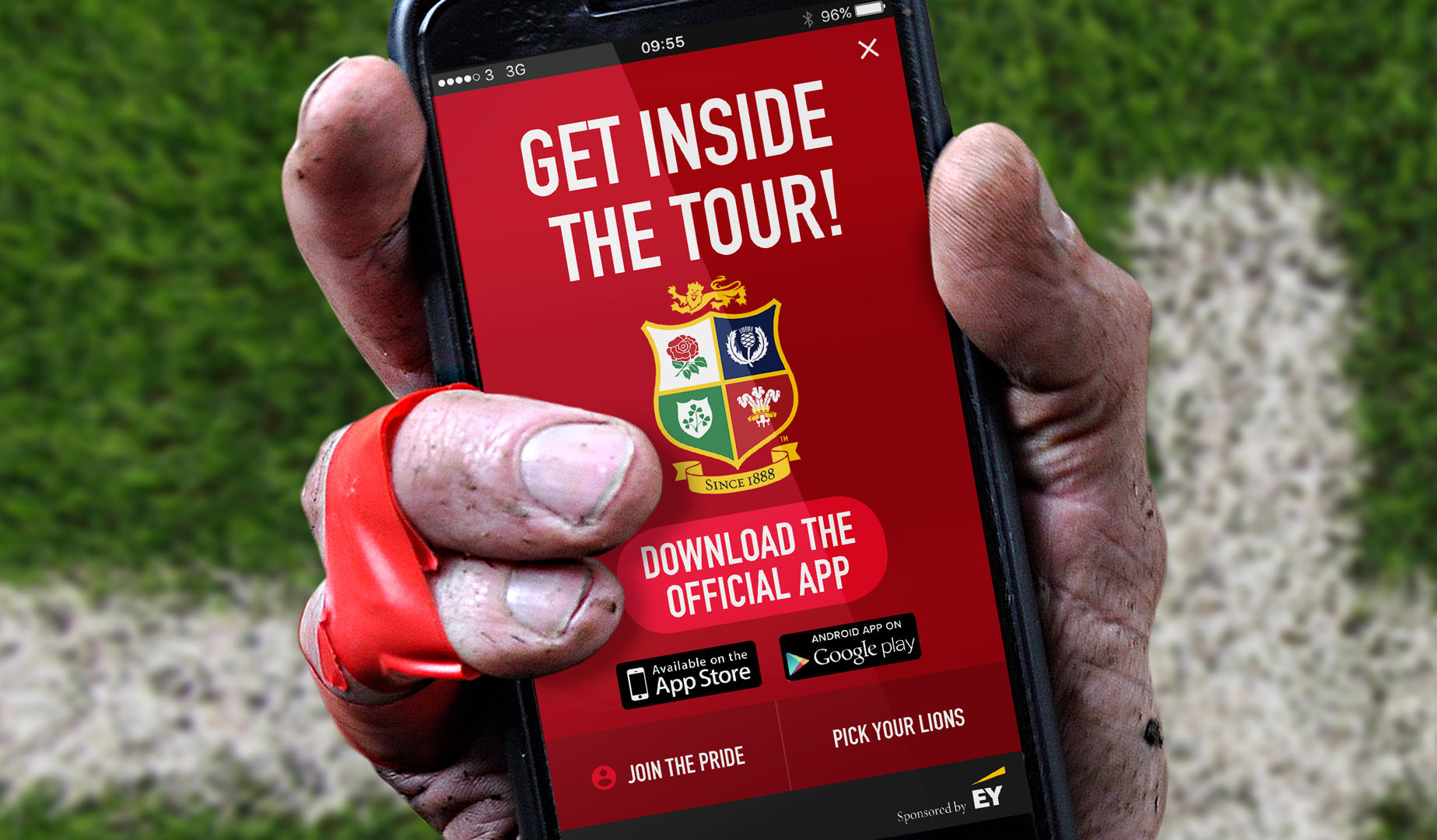 The British & Irish Lions have launched the Official App for the 2017 Tour to New Zealand – complete with an innovative My Lions selector game.

“The App is the latest stage in bringing the Tour and the world’s best loved touring team to life for rugby fans around the globe.”

Sponsored by EY, with its deep digital and advanced data analytics experience, the App gives Lions fans the chance to make their picks for the squad based on player performances across all top-tier competitions over the last two seasons and using the most in-depth data ever seen in a rugby app.

And with an exciting start to the RBS 6 Nations last weekend there is plenty for Lions Head Coach Warren Gatland – and supporters – to consider before the squad is unveiled on April 19.

Data for My Lions has been drawn from all matches started by eligible players in domestic, European and international rugby for seasons 2015-16 and 2016-2017 while legend Sir Ian McGeechan and Tim Horan have provided the rugby expertise.

For supporters the App provides the perfect place to gather the all-important stats and performance analytics to begin piecing together the perfect squad to take on friends, colleagues and rugby names such as Sir Ian, and Lions Phil Vickery, and Adam Jones as well as Kenny Logan, Tim Horan and Maggie Alphonsi who will all be selecting their Lions.

The Official App, available for download in the Apple and Google Play Store, also offers access to Lions News, Lions TV and Lions imagery as well as competitions to create the ultimate user experience for the sporting event of 2017. In addition, the Lions App allows fans to save those important fixture dates to their calendar in a user-friendly fashion.

Future releases of the App will include key player information for when the Lions squad is announced while on Tour it will feature all the essential live stats from each of the 10 games.

British & Irish Lions Chief Operating Officer Charlie McEwen said: “The App is the latest stage in bringing the Tour and the world’s best loved touring team to life for rugby fans around the globe. The My Lions selector especially will take our existing Lions Watch offering to a new level. Fans will be able to join the selection debate using the most in-depth performance data ever seen in a rugby app.”

EY Global Vice Chair, Advisory Services, Norman Lonergan said: “Working together with the Lions, EY will help build the digital experience, offer fans the ability to engage with the Tour like never before and help ensure that the team is seen as a leader in the digital field as well as on the playing field. Our involvement provides an opportunity to demonstrate how EY delivers its digital capabilities and business intelligence in ways that differentiate us from our competitors.”

About The British & Irish Lions

The British & Irish Lions first toured in 1888 and has become established as the world’s best loved touring team.

The Lions tour one of the Southern Hemisphere rugby nations every four years, visiting South Africa, New Zealand or Australia once every 12 years.

The Lions Tour of New Zealand in 2017 will consist of 10 games played throughout the country between June 3 and July 8, including three Test matches against the double World Champions.

EY is a global leader in assurance, tax, transaction and advisory services. The insights and quality services they deliver help build trust and confidence in the capital markets and in economies the world over. EY develop outstanding leaders who team to deliver on their promises to all of their stakeholders. In so doing, EY play a critical role in building a better working world for their people, their clients and communities.