Victory in the Churchill Cup final would wrap up a perfect campaign for England Saxons star Matt Banahan. [more] 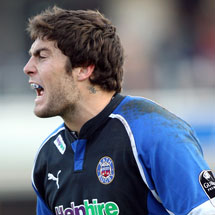 Victory in the Churchill Cup final would wrap up a perfect campaign for England Saxons star Matt Banahan.

The Bath wing is the competition’s top try-scorer after touching down five times in the Saxons’ opening two wins over USA and Ireland A.

It maintains his fine form after finishing second-highest in the Premiership scoring charts last season, but he insists victory over Scotland A is all the matters in Chicago tomorrow.

Banahan said: “Just being a part of this squad has been awesome.

“When I came out here I was just hoping to be involved.

“But now we’re in the final, nothing less than a win will be good enough.

“I just want to do whatever I can to help the team get that all important win.”

The Saxons have made four changes as they look to secure a second successive Churchill Cup crown.

Harlequins flanker Will Skinner returns as captain with Steffon Armitage making way and Chris Robshaw also coming in up front.

Jordan Crane switches to number eight while Tom French and Stuart Hooper are added to the bench with Tom Guest out through a rib injury.

Scotland have made five changes to the side which beat Argentina Pumas on their last outing.

Glasgow flanker James Eddie is also restored to the line-up.