Ian McGeechan has paid a special tribute to his British & Irish Lions skipper Paul O'Connell for the role he played in keeping the squad together in troubled times. [more] 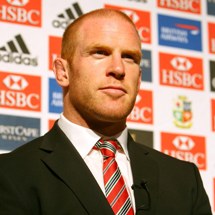 Ian McGeechan has paid a special tribute to his British & Irish Lions skipper Paul O’Connell for the role he played in keeping the squad together in troubled times.

It was the Munster man who ensured the Lions were able to pick themselves up from the disappointment of losing the second Test in the dying seconds and hit back in last weekend’s third Test.

The Lions’ 28-9, three tries to nil victory in Johannesburg ended a run of eight Tests without a victory and stopped O’Connell going down in history as the first captain to lead a Lions side to a series whitewash in South Africa.

It was the the irish lock’s first win in a Test at the sixth attempt with the Lions and he rightly came in for some special praise from legendary coach McGeechan.

“Paul did a fantastic job. He’s been a great captain and has led the side magnificently,” said McGeechan.

“He’s been very good with the players and tied in with the senior players in setting the right standards. He has been an outstanding captain.

“There was never any danger of this side caving in the last Test. The first five weeks of the tour always mitigated against that happening.

“Paul was instrumental in getting the squad together. It meant that when things went wrong and the pressure came on these players were never going to fall apart.”