Lions tourist Ugo Monye believes England have what it takes to win all three autumn Tests this month. [more] 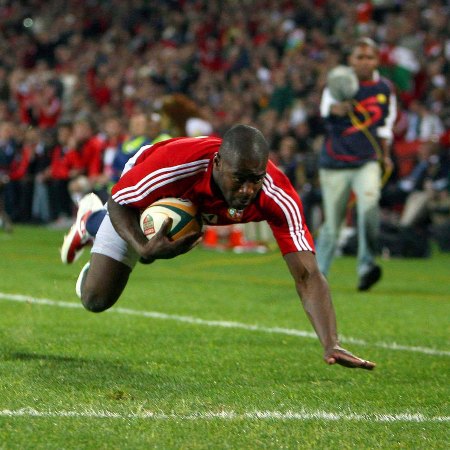 Lions tourist Ugo Monye believes England have what it takes to win all three autumn Tests this month.

Monye, who only made his England debut this time last year, is now one of his country’s most respected players following an impressive tour of South Africa with Britain and Ireland’s elite.

"I’m confident we can make it three wins out of three,” Monye told the Daily Mirror.

"Six years ago we were world champions. We’re still a fair way off that mark, but I don’t think there is much of a gap between the so-called Southern Hemisphere super powers and ourselves.

“South Africa are the best team in the world. Australia and New Zealand are very good but we’ll see how good at the end of this series."

England will be without as many as 20 senior figures when they start their autumn series against the Wallabies at Twickenham on Saturday but Monye will not be using the absence of certain star names as an excuse.

Instead, he prefers to focus on the form of those players who will be wearing the Red Rose over the next three weekends – players who he believes are more than good enough to guide England to success.

"We go into these three games with a lot of confidence and a lot of guys playing very well for their teams,” added Monye.
"Jonny Wilkinson is back and looking good and the squad has such a great feel about it.

"We had hard times including last autumn and at the start of the Six Nations, but we’re better for it and ready to climb up the world rankings again.

"To beat these teams would send out a massive statement of intent before the Six Nations Championship and also give this team so much confidence. You must respect these sides, but they are not invincible.”