Jones ruled out for a month

Scarlets outside half Stephen Jones has been ruled out for a month after straining his knee in his side's Heineken Cup win over Benetton Treviso last weekend. [more] 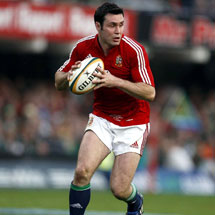 Scarlets outside half Stephen Jones has been ruled out for a month after straining his knee in his side’s Heineken Cup win over Benetton Treviso last weekend.

The 33-year-old double British & Irish Lions tourist limped out of his side’s 35-27 Pool 5 victory over the Italians at Parc y Scarlets and has been told he can expect to be out of action for the next month.

The Scarlets medical team re-assessed the injury today and confirmed that early signs indicate that he has a minor knee ligament strain. If he is ruled out for the full month then he should return in time for the vital Round 5 and 6 clashes with Leicester Tigers and Perpignan.

Pool 5 is one of the tightest of all this season’s Pools with the Tigers leading after three round with 11 points. Perpignan are second with 10 and the Scarlets third on the same points.

The Scarlets are also facing injury worries over another of their Lions test stars, Wales skipper and hooker Matthew Rees. He will have a late fitness test this week to see if he is available for the trip to Treviso this weekend. Rees is carrying a minor adductor strain in his groin.