Former Lions and current Newcastle Falcons boss Alan Tait has revealed a number of his squad intend to leave Kingston Park at the end of the season. [more] 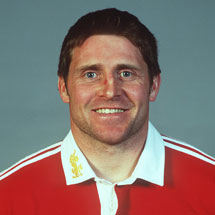 Former Lions and current Newcastle Falcons boss Alan Tait has revealed a number of his squad intend to leave Kingston Park at the end of the season.

Tait toured South Africa with the Lions in 1997, scoring two tries in the process, and is in his first year at the helm of the Aviva Premiership out-fit.

But the former wing has admitted his shock over several players' desire to leave the club and the increasing influence of the agent.

"It’s cat-and-mouse at the moment," said Tait. "This is my first full year as head coach, and although I do leave the contractual side to our chief executive, the agents still phone you all the time.

"It’s unbelievable what goes on. I’ve had players in my office saying they’re concerned, and talking about leaving the club.

"It amazes me, but that’s just the way it works these days. Agents are throwing our players everywhere, and likewise I’m getting names from other clubs tossed at me constantly from agents.

"It just amazes me how these people can upset the players and make them want to go somewhere else, especially at a time when things behind the scenes at this club are the best they’ve been for ages.

"But you’ve got to accept it as a coach and you have to move on."

Tait was tight-lipped over which players were eyeing moves away from the north east but admitted he respects their decisions.

"The players that have talked to me about leaving, they’ve promised me they’ll give it absolutely 100 per cent until the end of the season," he added. "I would expect that anyway though, because they’re employees of this club.

"I’m an ex-player myself, and I know it happens that players move between teams. It’s disappointing when you’re building such a young side, but their advisers are telling them to move here, there and everywhere. It’s a pity, but that’s life."