The Lions' next opponents are a stronger side thanks to the addition of an extra Super 15 team according to a trio of international stars. [more] 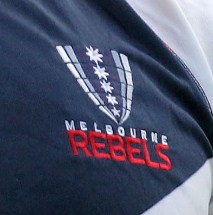 The Lions’ next opponents are a stronger side thanks to the addition of an extra Super 15 team according to a trio of international stars.

Legendary Lions boss Sir Ian McGeechan, former Wallaby skipper Stirling Mortlock and ex-Australia midfielder Nathan Grey are convinced the creation of the Melbourne Rebels has been a major plus for Australian Rugby.

The Rebels came into being ahead of the 2011 Super Rugby season and are currently in the early stages of their second campaign at the southern hemisphere’s top table.

Much has been made about the potential plusses and minuses of a fifth franchise, particularly one based in the Australian Rules Football stronghold of Victoria, but McGeechan, Mortlock and Grey believe the Rebels’ presence will ensure the Wallabies are an even stronger outfit by the time the Lions arrive in town.

When McGeechan first led the Lions in Australia 23 years ago, the hosts could boast just the three major sides in ACT, New South Wales and Queensland and the situation was exactly the same for the class of 2001 despite the advent of professionalism.

Since then the Brumbies, Waratahs and Reds have been joined by the Western Force as well as the Rebels, with the Lions set to play all five franchises in 15 months time.

“Australia only had three franchises when I toured there last. They’ve got an extra franchise in Perth now and one in Melbourne,” said McGeechan, who guided the 1989 Lions to a 2-1 series success over the Wallabies.

“If you’re going to be really pushing at international level, you want a good base to work from. If you’ve got five teams that you’re getting players through then it’s obviously better than three.

“The strength of the Aviva Premiership should be reflected with England and it’s the same with Australia – if you’ve got that base getting stronger, then your international team will be stronger too.

Critics have suggested that a fifth franchise spreads the country’s talent too thinly but Mortlock feels the opposite is true.

By creating a new avenue in which talent can come through, the Australian Rugby Union are widening their player base, creating more opportunities for local talent to choose union over league or AFL and dangling another carrot to prevent players moving overseas.

“Having another team in Australia has stretched the resources slightly but it will really be good for Australian Rugby in another couple of years,” said Mortlock, who was appointed the Rebels inaugural captain after joining from the Brumbies.

“We had nine really young blokes on tour in England and Ireland all getting an opportunity to play last year. Plus a lot of the guys in this team have come back from far and wide when a lot of them wouldn’t have had the opportunity to do that without the Rebels.

“I think it’s been really positive for Australian Rugby already. The big thing for us now is to hopefully develop more Wallabies and some more local Melbourne talent.”

Grey is one of the men at the centre of that last, lofty goal specified by Mortlock thanks to his position as assistant coach at the Rebels.

The 37-year-old starred in all three Tests when the Wallabies downed the Lions 11 years ago and has since taken his first steps into coaching following a stellar playing career that included a spell in Japan.

Grey grew up with the traditional strongholds of New South Wales and Queensland dominating the Australian Rugby scene but he is delighted to see the sport spreading its wings in a move he feels will be a massive boost to the national team in future seasons.

“The creation of the Rebels has been a raging success from our perspective,” said Grey.

“The addition of a new franchise obviously presented a few issues but everyone has to deal with that. It’s provided opportunities for a lot of young guys and has drawn a few guys back to Australia – that was the goal.

“It’s been brilliant to see how we’ve managed to get everyone together, draw on all sorts of different experiences and expose guys to Super Rugby who might not have had that opportunity otherwise.

“We’re looking at guys in club footy in Brisbane, Sydney, Melbourne, Canberra and everywhere, really. The more guys we can provide an opportunity to, the stronger those club competitions will be as well. We’ve had a number of guys involved in our training sessions that have gone back to play club footy and they’ll lift that standard.

“The roll on effect on creating a new franchise is only going to strengthen Australian Rugby in the long run.”