The International Rugby Board have appointed an Australian as their new chief executive. [more] 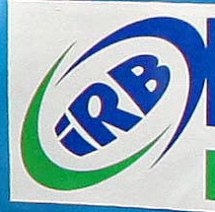 The International Rugby Board have appointed an Australian as their new chief executive.

Brett Gosper will take on the influential role with the game’s global governing body after the IRB conducted an extensive search that lasted more than six months.

Gosper takes over from American-born Mike Miller, who stepped down in January after a decade in the post.

The 53-year-old – a former Australia U21 international who played club rugby for Racing Metro – will begin his new role on August 15 and will be responsible for day-to-day IRB operations. He has also been handed the dual title of Rugby World Cup managing director.

"I am delighted to be taking on this role at what is such an exciting time for the game," said Gosper, who was appointed by a panel that included Lions legend Bill Beaumont.

"Rugby World Cup going is from strength to strength as a major global sporting brand as we look forward to the biggest-ever Rugby World Cup in 2015 and the sport returning to the Olympic Games at Rio 2016.

"I am passionate about rugby and look forward to using the experience gained through my involvement with the sport and management of global organisations and brands to work with the IRB Council, in partnership with unions and regions."

He saw off a host of other candidates, including bookies’ favourite Matt Carroll, the deputy CEO of the Australian Rugby Union.

"The IRB executive committee unanimously agreed that his strong blend of experience, skills and passion for the game are perfectly suited to the role.

"Brett joins a strong and dynamic management team at an exciting time for the IRB and rugby, and I am confident he will continue to drive the game forward."