The British & Irish Lions have linked up with the 2013 Australia tour Principal Partner HSBC, to give Lions' fans the chance to quiz the world's most capped player, George Gregan, about whatever topic you want - including next summer's 125th anniversary tour. [more] 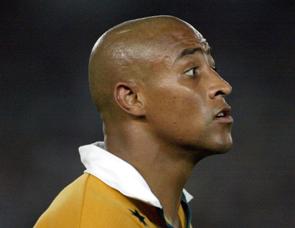 The British & Irish Lions have linked up with the 2013 Australia tour Principal Partner HSBC, to give Lions’ fans the chance to quiz the world’s most capped player, George Gregan, about whatever topic you want – including next summer’s 125th anniversary tour.

There are plenty of prizes to be won and the best 10 questions will be put to the 139-times capped Wallaby legend, who is also an HSBC Lions Ambassador, at a special media session in Brisbane on Monday, 15 October.

We’re looking for the 10 best questions to ask George, who won 93 matches, including two against the Lions in 2001, in his world record career. He also led the Wallabies an amazing 59 times.

The Wallaby great will have an answer for everything. He never dodged a tackle on the field, and never dodges an issue off it! The more original the question the more chance you have of it being asked.

So, get your questions in now in our exclusive #askgeorge offer and if you come up with one of the chosen 10 then you could win an Australian shirt signed by George, a signed cap, some official Lions pin badges, videos or some other great Lions stash.

On Facebook go to the #askgeorge story and add your question with your name and home town. On Twitter add the #askgeorge hash tag and name. We will send messages to winners on Facebook and DM those selected on Twitter.

You have until 5pm on Friday to let us have your questions. The 10 best will be selected on Saturday and put to George on Monday. All the answers will be filmed and the answers will be played out on Facebook, Twitter and the Lions website, www.lionsrugby.com .