Leaders of the Pride

The player honoured by head coach Warren Gatland with the captaincy of the 2013 British & Irish Lions on their tour of Australia will not be announced until well into the New Year. [more] 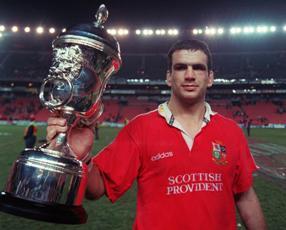 The player honoured by head coach Warren Gatland with the captaincy of the 2013 British & Irish Lions on their tour of Australia will not be announced until well into the New Year.

But if you were a betting man you wouldn’t be looking at Wales for the lead man because no Welshman has led a Lions tour party since Phil Bennett was named as captain in New Zealand 35 years ago.

For the eight tours since then either an Irish or English player has been in charge three times and a Scotsman twice.

Ireland has supplied the appointed captains for the last two Lions tours – and they are out on their own in providing the most skippers for the iconic combined team.

Centre Brian O’Driscoll, albeit briefly, led the party to New Zealand in 2005 and lock Paul O’Connell was at the playing helm in South Africa in 2009.

O’Connell was the 10th Irish player from 28 tours to captain the Lions and there were with four successive tour leaders between 1938 and 1959 – Sam Walker, Karl Mullen, Robin Thompson and Ronnie Dawson – who were all Irish players.

England have provided the captain for eight tours, with Martin Johnson being the only man to lead the Lions on two tours, while the Scots have had the head man on seven tours.

It all leaves Wales trailing far behind the rest with just three captains in Bennett, John Dawes (1971) and Arthur “Boxer” Harding back in 1908. What price a Welshman in 2013?