Legendary All Black passes away

Legendary All Black skipper Sir Wilson Whineray has died at the age of 77. [more] 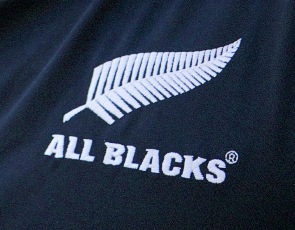 Legendary All Black skipper Sir Wilson Whineray has died at the age of 77.

Sir Wilson captained his country on an incredible 67 occasions having taken charge of the armband when he was just 23 years old.

The former Canterbury, Waikato, Auckland, South Island and North Island prop played a total off 77 games for New Zealand, with 32 of those full-on Tests.

He led the Kiwis in the four-match series with the Lions in 1959 as his side ran out 3-0 victors, with one match drawn.

"We have lost one of New Zealand's great heroes and for the rugby community we have lost a much-loved patron and champion of rugby.

"Regarded as one of the great All Blacks legends, Sir Wilson also made significant contributions to the community through his work with sport, charities and business.

"We extend our condolences to Lady Elisabeth and to their family as they remember a much-loved husband, a father and a grandfather."

Whineray became the first New Zealander – and only the fourth person overall – to be inducted into the International Rugby Board Hall of Fame in 2007, four years after being named patron of the NZRU.

He was awarded an OBE in 1962 and was named New Zealand’s Sportsman of the Year in 1965, the same year that he called time on a wonderful career.

He was knighted for services to rugby and business in 1998 having gained a masters from Harvard University after his rugby retirement, with his roles in business including the chairmanship of the National Bank of New Zealand and director’s positions with Auckland International Airport and APN News and Media.