Ferris picks up another injury

Irish coach Declan Kidney's gamble on giving Stephen Ferris some game time before the November internationals looks to have backfired after the Ulster back row man limped out of his side's 45-20 win over Edinburgh. [more] 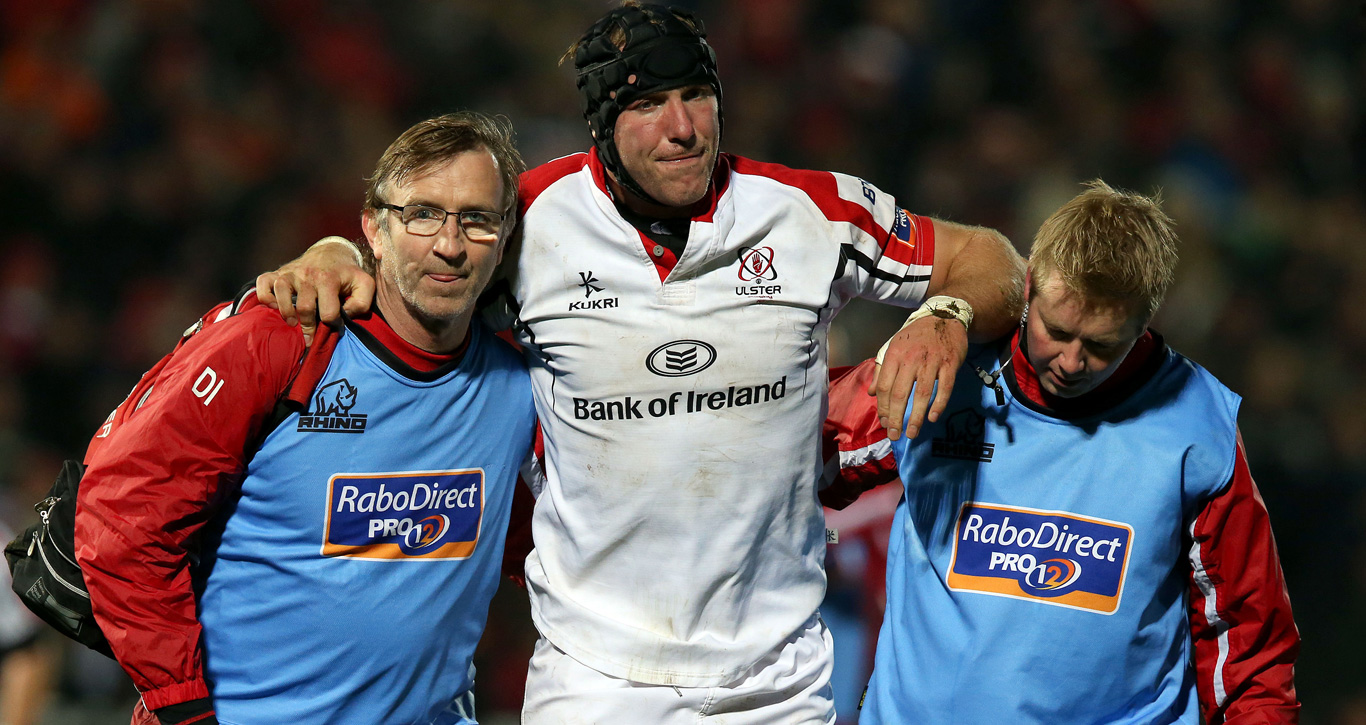 Irish coach Declan Kidney’s gamble on giving Stephen Ferris some game time before the November internationals looks to have backfired after the Ulster back row man limped out of his side’s 45-20 win over Edinburgh.

Ferris had been sidelined for four weeks with a back injury and Kidney wanted to see if he had fully recovered before possibly pitching him straight in against the Springboks at the Aviva Stadium next weekend.

But, just before half-time, the 2009 British & Irish Lion went down clutching his right ankle. He managed to carry on for a short while, but eventually limped off after the break. Ulster went on to record their ninth straight win of the season as they moved further ahead at the top of the RaboDirect PRO12.

“Ferris’ ankle was swelling badly and it was certainly not looking good,” admitted Ulster’s head coach Mark Anscombe after the game.

Kidney is already without Leinster back line duo Rob Kearney and Brian O’Driscoll, while Ferris’ Ulster team mate Rory Best has also been ruled out of the November Tests. Losing Ferris – Leinster’s versatile back row man Sean O’Brien has still not returned to action after summer surgery – would be another hammer blow for the Irish.

Ferris had spent two days trainign with the irish Squad in Dublin earlier in the week before being released back to Ulster to play against Edinburgh.