Wreaths to be laid at Seddon’s grave

Sam Warburton will be head a group of dignitaries paying tribute to the original captain of the British & Irish Lions, Robert Seddon, at Campbells Hill Cemetary, Telarah today. [more] 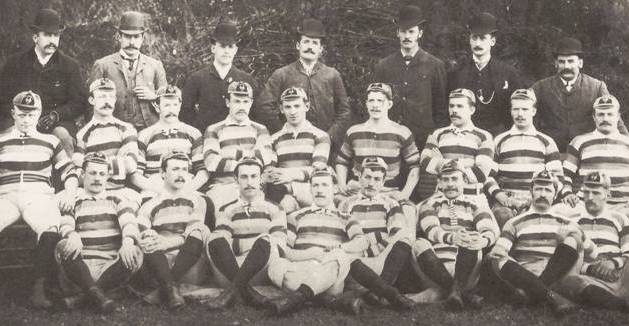 Sam Warburton will be head a group of dignitaries paying tribute to the original captain of the British & Irish Lions, Robert Seddon, at Campbells Hill Cemetary, Telarah today.

The then 28-year-old Seddon tragically drowned in a boating accident in Maitland on the River Hunter on 15 August, 1888, just over half-way through the pioneering tour of New Zealand and Australia. He had led the Lions in 21 rugby matches and 19 games of Victorian Rules football.

Joining the 31st Lions tour captain in laying a wreath at Seddon’s grave ahead of the 2013 tour party’s game against a Combined Country XV in Newcastle will be the chairman of the Lions Board, Gerald Davies, tour manager Andy Irvine, Lions CEO John Feehan and England international Manu Tuilagi. The President of the Australian Rugby Union, David Crombie, will join them, along with Tim Owen AM MP, the member for Newcastle, and the chairman and vice-chairman of Maitland Rugby Club, Daniel Lewer and Ben Emmett.

Ever since Seddon died the local community and rugby club have looked after his grave and the rugby club recently spent time ahead of the visit ensuring it was in good condition.

Seddon’s accident occurred the morning after the Lions had been beaten by nine goals to four by Northern Districts in a Victorian Rules match in Maitland. Seddon, Andrew Stoddart and Jack Anderton stayed behind while the rest of the tour party headed by train for nearby Newcastle to prepare for a rugby union match two days later.

They wanted to spend some leisure time on the river and while Seddon chose an outrigger, the other two shared a skiff. Despite being an experienced sculler, and being in the prime of his life at 28, Seddon got into difficulties.

He was wearing his red, white and blue team jersey, flannel trousers and shoes. His feet were strapped to the footrest and, when the outrigger capsized some 200 yards from the Clubhouse, he was unable to free himself. He was seen struggling in the water, twice attempting to swim on his back, but after sinking for a second time he drowned. His team mates were unaware of what had happened at first.

The Argus of 16 August recorded the incident as follows:

THE LATE MR R. L. SEDDON
‘Mr R. L. Seddon, the captain of the English Rugby football team, was drowned at West Maitland to-day. The footballers, after the match yesterday, were having a day's spell, and Mr Seddon visited the River Hunter, which flows past the town, for the purpose of indulging in a little sculling exercise. He procured an outrigger at the Floating Baths, and pulled some distance up the river, when the boat was accidentally overturned, and Mr Seddon was drowned. His body was recovered 20 minutes after the accident, and every means of restoring animation was tried, but without avail. Mr Seddon was watched away from the baths by two other members of the team, but he was a considerable distance away from his friends when his boat upset. Mr Seddon belonged to the Lancashire and Swinton teams, and was an international player. He had made himself exceedingly popular during the time he had been in the colonies, and his death has caused a painful sensation in athletic circles in Sydney.’

The report of the funeral, which took place the next day, appeared in the Maitland Mercury & Hunter River General Advertiser:

‘The coffin was borne from the Royal Hotel to the hearse by eight of the late Mr Seddon's companions and taken to St. Paul's Church, followed by a very large body of mourners. The footballers, who numbered about 160, wore the colours of their respective clubs and crape on their breasts, walked to the church and afterwards to the cemetry. At each side of the hearse were delegates from various clubs in the Hunter district. In front were the general body of footballers, and the Englishmen walked behind the hearse, next to which came four mourning coaches; then the Mayor of West Maitland (Mr John Gillies) driving. Sixty other vehicles were behind. Nearly all the aldermen were present. At the church portion of the beautiful burial service of the Church of England was impressively read by the Rev. T. D. Warner, incumbent, who was assisted by the Rev, Canon Tyrrell, President of the Northumberland Football Club. The surpliced choir had been got together and when the solemn hymn " Brief life is here our portion " was sung, many a stout heart gave way to tears and the grief that was outwardly shown by the numerous Congregation assembled to join in the solemn service was doubtless nothing by comparison with what was inwardly felt.’

Seddon’s death was a huge blow to the team and an even worse situation for his fiancee back in England, his four brothers and two sisters. The mood of the team was summed up best by team mate Charlie Mathers in his tour diary:

‘August 15: 'A telegram came saying your captain is drowned. We were all amazed and decided to cancel the match with Newcastle the following day. At night everyone very quiet and discussing the matter.'

‘August 16: 'In morning went from Newcastle to Maitland, 20 miles to bury our poor, unfortunate captain, Mr Seddon. When we got there we found him laid in his coffin. They all broke down but me. We went and had a service. Church crowded. All shops closed.'

Tomorrow we will reveal the last words of the Lions first captain in a letter he wrote to the Editor of the Manchester Courier on the morning of his untimely death.