Warren Gatland was a happy man after the British & Irish Lions completed their mid-week schedule with a comprehensive victory over Melbourne Rebels on Tuesday. [more] 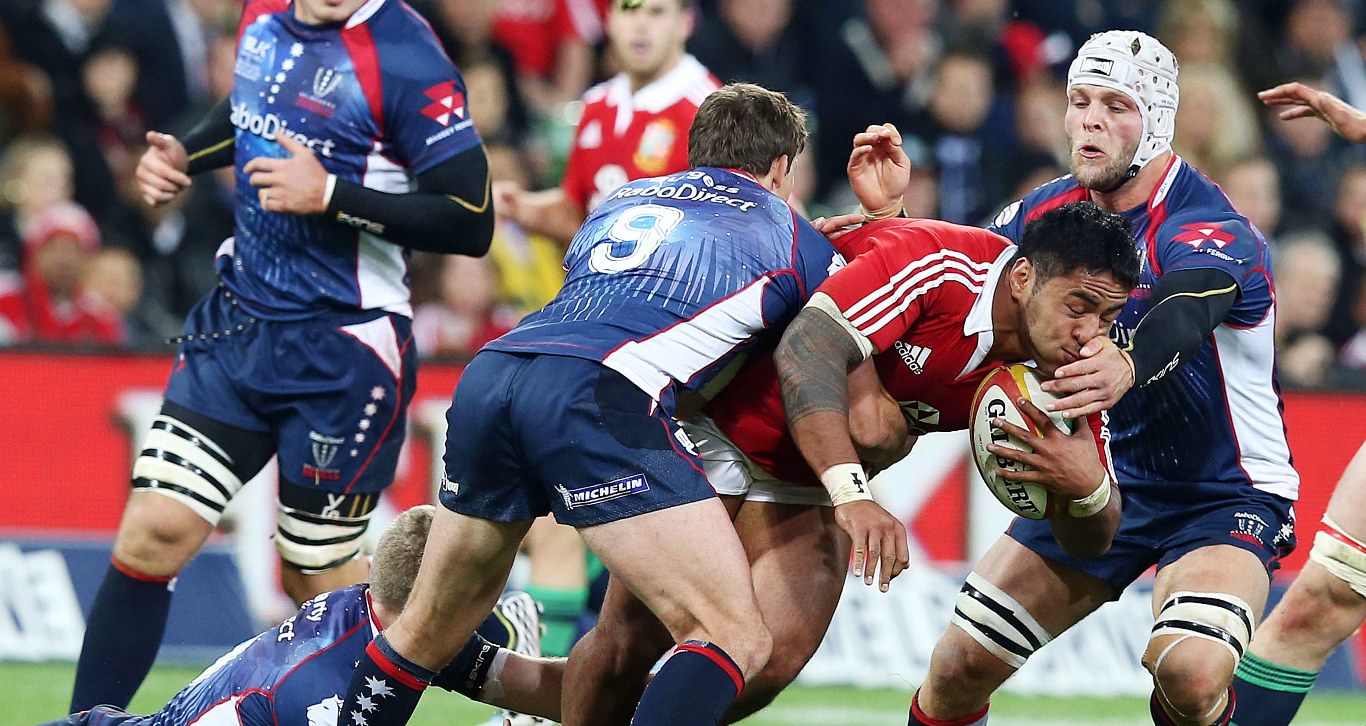 Warren Gatland was a happy man after the British & Irish Lions completed their mid-week schedule with a comprehensive victory over Melbourne Rebels on Tuesday.

Gatland’s men claimed five tries in all against Australia’s newest Super XV franchise as they ran out 35-0 winners at AAMI Park.

Conor Murray and Sean Maitland touched down in the first period to hand the Lions a 14-point cushion at the break, with a penalty try sandwiched in between efforts from Sean O’Brien and Ben Youngs ensuring a comfortable evening’s work for the tourists.

“We’re really pleased with that performance. It was a good response to the disappointment of last week,” said Gatland after the mid-week side bounced back from their narrow defeat to the Brumbies seven days ago.

“I thought the set piece was good, we defended strongly, and I think we showed physically what good condition we are in, so we’re very, very pleased with that performance. The discipline was also excellent, something that we were disappointed with last week when you looked at the penalty count.

“We went in at half time and said, ‘look, we’ve probably pushed a few passes, made a few turnovers and a few errors’, but the players were given the license to keep playing rugby like that because we felt we were really close to putting in a good performance.

“It was tough on the players last Tuesday but, with a few of the guys having had a week together and getting to know some combinations, we saw a different performance tonight. It was definitely a player led reaction. They were thoroughly professional and for some of them it might be their last game on tour so I think they wanted to finish strongly and send out a bit of a message to continue the momentum.All in all, it was very positive.”

And it was just the collective display that had Gatland smiling post-match in Melbourne as a number of players put their hands up for Test selection this weekend.

Gatland picked seven men who were involved in the matchday 23 in Brisbane and they all made an impression, as did a number of others with a point to prove having been left out altogether for the opening rubber.

“The message to the players going out there tonight was that there was an opportunity to be a part of the 23 for Saturday, or even part of the starting XV. We’ve been consistent on that. We had the conversation as coaches that if Kurtley Beale had got one of his kicks at the end of the game and we had lost, would we be discussing what sort of changes we would need? We thought that we might have made a few changes so we articulated that to the squad and said, ‘your tour’s not over’,” added Gatland.

“The back row were very good; Richie Gray had his best game on tour; Richard Hibbard carried the ball very well; both nines were good; the guys coming off the bench had an impact; Sean Maitland was good; the defence was outstanding and they kept working hard.

“We know there’s two more games and, when you look at the attrition rate from Saturday, there’s bound to be a few more injuries before now and the final Test.

“You want all the guys, even if they unfortunately don’t get selected, to know they can still be proud of the fact that they’re part of, hopefully, a successful Lions tour. That’s what the whole aim has been. These guys have been fantastic ambassadors for the four Home Unions and everyone back home should be really proud of the way they’ve conducted themselves both on and off the field.”