James O'Connor insists last week's late night excursion to a fast food joint with Kurtley Beale is now well and truly behind them both after they helped the Qantas Wallabies level the three-match series with the British & Irish Lions last night. [more] 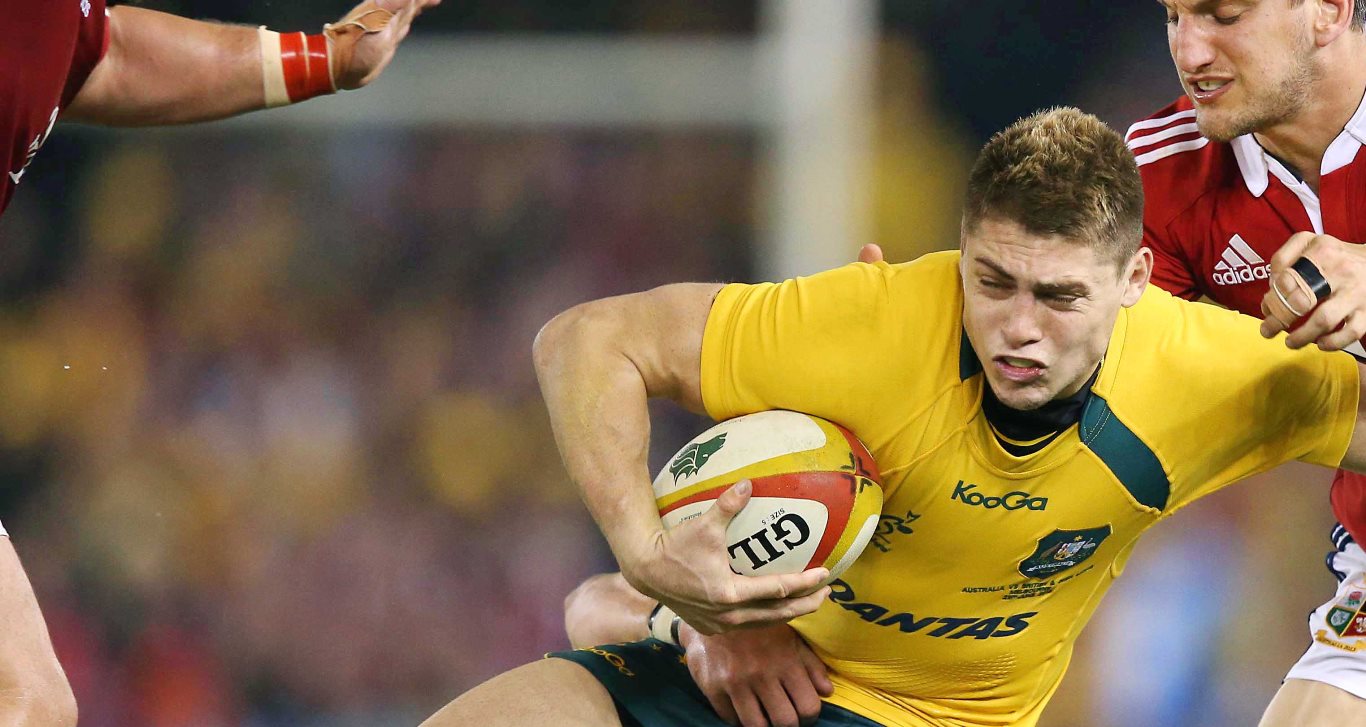 James O’Connor insists last week’s late night excursion to a fast food joint with Kurtley Beale is now well and truly behind them both after they helped the Qantas Wallabies level the three-match series with the British & Irish Lions last night.

O’Connor and Beale played the full 80 minutes of the 16-15 win at the Etihad Stadium despite having posed for a photograph with a Lions fan in a burger restaurant at 3.50am on Wednesday morning.

Senior Wallaby figures such as skipper James Horwill and veteran centre Adam Ashley-Cooper stated that the issue would be revisited after the conclusion of Saturday’s deciding Test in Sydney but the men at the centre of the issue were quick to claim that it had now been put to bed this morning.

“We’ve spoken to Robbie (Deans) and to the team and, although we didn’t break team protocol, it was a lack of judgement on our behalf. It’s not ideal preparation during a Test week and it won’t happen again. We’ll be better for it. As far as we’re concerned it’s a closed issue now,” said O’Connor, before answering media questions at the team hotel.

The 22-year-old fly-half hoped that his brief statement would prevent further questions on the situation but he was repeatedly asked to clarify the situation and its effects on the preparation for yesterday’s second international.

“It’s done and dusted. We just went on with preparation and didn’t let that faze us. We’ve got a job in hand and that’s what our sole focus is. We’re here to play rugby, and we did that,” added an agitated O’Connor.

“As I said, we’ve closed it today, it’s done and dusted. It’s finished. We’ll finish that there, we spoke about it earlier, no more questions on that, let’s talk about rugby. It didn’t impact on the week at all. Preparation was as usual. We didn’t let it become a distraction.”

As for his assessment of his performance on the pitch, O’Connor believes he, and the team as a whole, will be all the better for another demanding encounter ahead of the final Test in six days’ time.

Having copped some criticism for his showing in Brisbane in the opening rubber, O’Connor responded by setting up Adam Ashley-Cooper for the match-winning try with five minutes remaining in Melbourne and he is convinced there is more to come back in New South Wales.

“We won, so I’m a lot happier with that. We got into our groove a lot more in that game. I guess the tough thing about this series is that it’s Test rugby and it’s taking it to a new level. You don’t get too much quality possession and when you do you’ve got to make it count. This week we did a little bit better.

“They had the kick to win it at the end there and moving forward we’ve got to be better in terms of denying them that and making the most of our possessions. There were times where we alleviated the pressure when we had them on the back foot.

"The more you play with the team, the tighter your bonds become and the better the connections you get with the guys playing around you. Even after last week, Adam Ashley-Cooper and I are closer for it because we spoke about it and said ‘when we get into these situations this is what we’re going to do’ and I guess that translated on to the field in that last five minutes close to the line. He ran a perfect line off a skip ball I took.

“We’re going to be better for it as a team. I’m happy we won the game and we’ve put our ourselves into the third game – it’s going to be massive in Sydney. We know how much we left out there on the field and how much more we can bring as a team.”