The 2013 British & Irish Lions wrote themselves into the history books with a thumping 41-16 win over the Qantas Wallabies on Saturday so just how does it feel to have finally broken a 16-year hoodoo? [more] 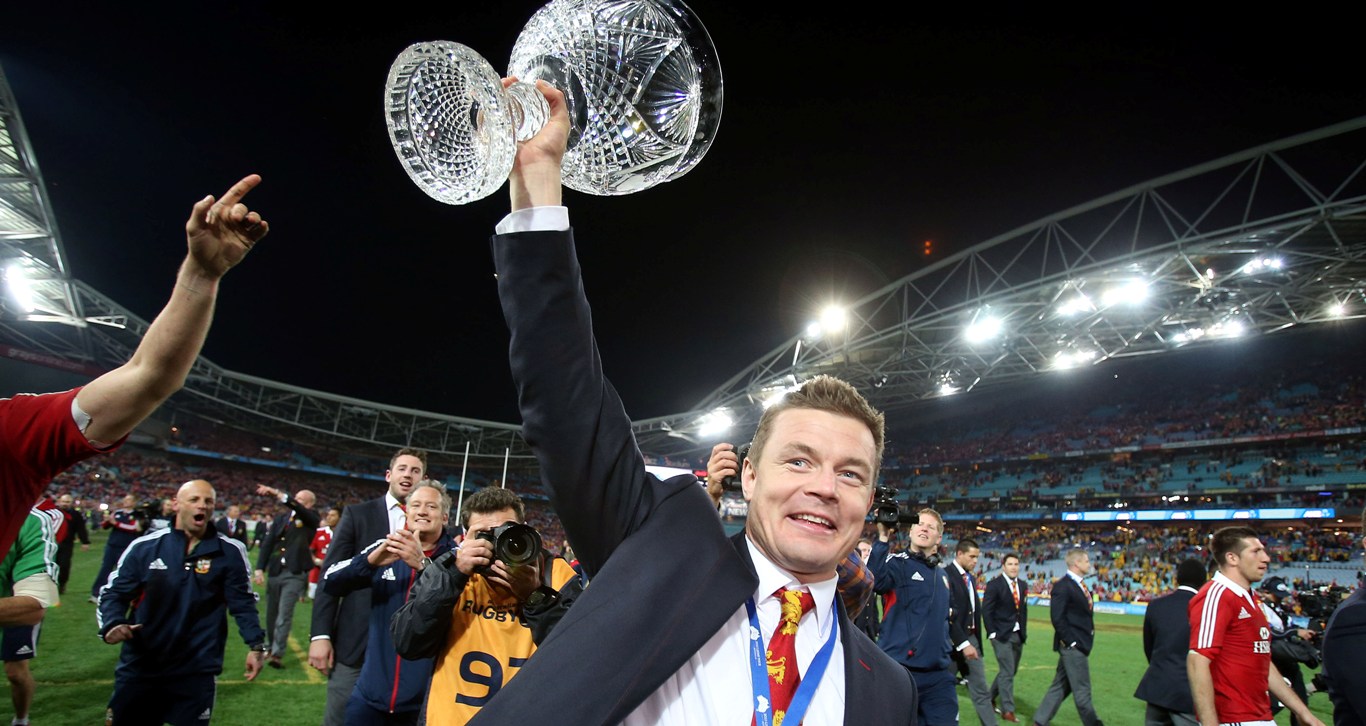 The 2013 British & Irish Lions wrote themselves into the history books with a thumping 41-16 win over the Qantas Wallabies on Saturday so just how does it feel to have finally broken a 16-year hoodoo?

Who better to ask than the men themselves, the guys who were at the heart of the action at the ANZ Stadium or who played their part throughout a 10-match tour spanning six weeks and two countries?

Paul O’Connell sang the praises of the setpiece, Sam Warburton hailed the travelling support, Brian O’Driscoll talked about completing his stellar CV, and Jon Davies touched on his roller coast ride, while Gorge North told us of the trust within the entire squad and Jonny Sexton admitted that he’ll be pinching himself for at least the foreseeable future.

“I’m absolutely delighted, it feels good. It has been a roller coaster week with all the emotion, sitting through the game and not being involved but it’s all about winning the series and I have been part of that, all be it not in the deciding game. But it will be on my CV and that’s all that counts.

“It has been a great tour, we’ve really gelled as a team, but in the end it comes down to results and we won. Any negatives through the tour will be long forgotten because that’s what winning does. Huge credit has to go to all the players for buying into it and the management team for their hard work.”

“It’s just an amazing feeling. The emotion at the end was amazing, something I’ll never forgot. It has been a roller coaster but I’ve loved every second. I did feel a bit like Public Enemy number one this week but the pressure comes on its own with playing at this level and with the expectations you put on yourself. I just had to make sure I worked hard and we put in a performance. It clicked today and it was a great feeling to be out there.

“The pack gave us the platform to play off and Jamie (Roberts) was as strong as ever, running hard. We played a game plan that people questioned in the week but we have shown it is a winning plan, so fair play to Gats (head coach Warren Gatland). It means so much to everyone back home and to be part of a piece of history is something special.”

“It has been a long season and the first two Tests didn’t really reflect the way we wanted to play but the boys came out tonight and really played. To finish a long season and long tour with a great win was what we were after as a squad. My try was all about (Leigh) Halfpenny and he just gave me the finish. It was another outstanding performance from him but he has been doing that all season.

“We spoke about trusting each other all tour and that’s what we have done from minute one. There was a lot of negativity about the squad Warren picked, with the Welsh dominance, but we’ve shown that we trust our coaches, so all credit to Gats and the coaches for putting that team out.”

“It was a fantastic performance by the lads. Up front we set the platform with those penalties from the scrum which were just a killer and gave us a lead. Australia came back but we were never going to surrender that lead once we got ahead.

“It was a brilliant performance but fair play to the front row for the first-half performance. One of the big things was going to be the scrum and Corbs (Alex Corbisiero) got fit to return and Hibbs (Richard Hibbard) was picked and had a great game. You just can’t beat getting 3-6-9 points from the scrum. It makes such a difference because it’s so deflating for the other team and it drains their psychology and makes our boys bigger and stronger.”

“It was an immense Test series and hard luck to the Aussie boys. They made it really tough for us but a massive well done to our boys who have worked so hard for this. It has been a squad effort from all the 40 boys and the management and back-room staff. There are 80-odd people involved, not just the players, so thank you everyone. To the fans, who have paid thousands of pounds and travelled to the other side of the world to watch us play, a huge thank you, they have made our tour.

“Alun Wyn (captain Alun Wyn Jones) was quite calm and was very good at using the emotion when he needed to. He stepped up and didn’t let the pressure effect his performance. He’s an important player for us for more than just his captaincy. We wanted to do it for Paul (O’Connell) because of the injury and then Brian (O’Driscoll) missing out. I was so disappointed for him, it felt like I had been dropped myself. We wanted to win it for him and give him the perfect send off.

“It feels as though I’m standing in the Lions DVD. You have to pinch yourself at times. I remember watching these sort of scenes from the video of the ‘97 tour and thinking I would never be a part of that, but here we are. It’s a dream come true. The first person I will call will be my fiancé, we’re getting married on Friday so I have to rush home to her!”