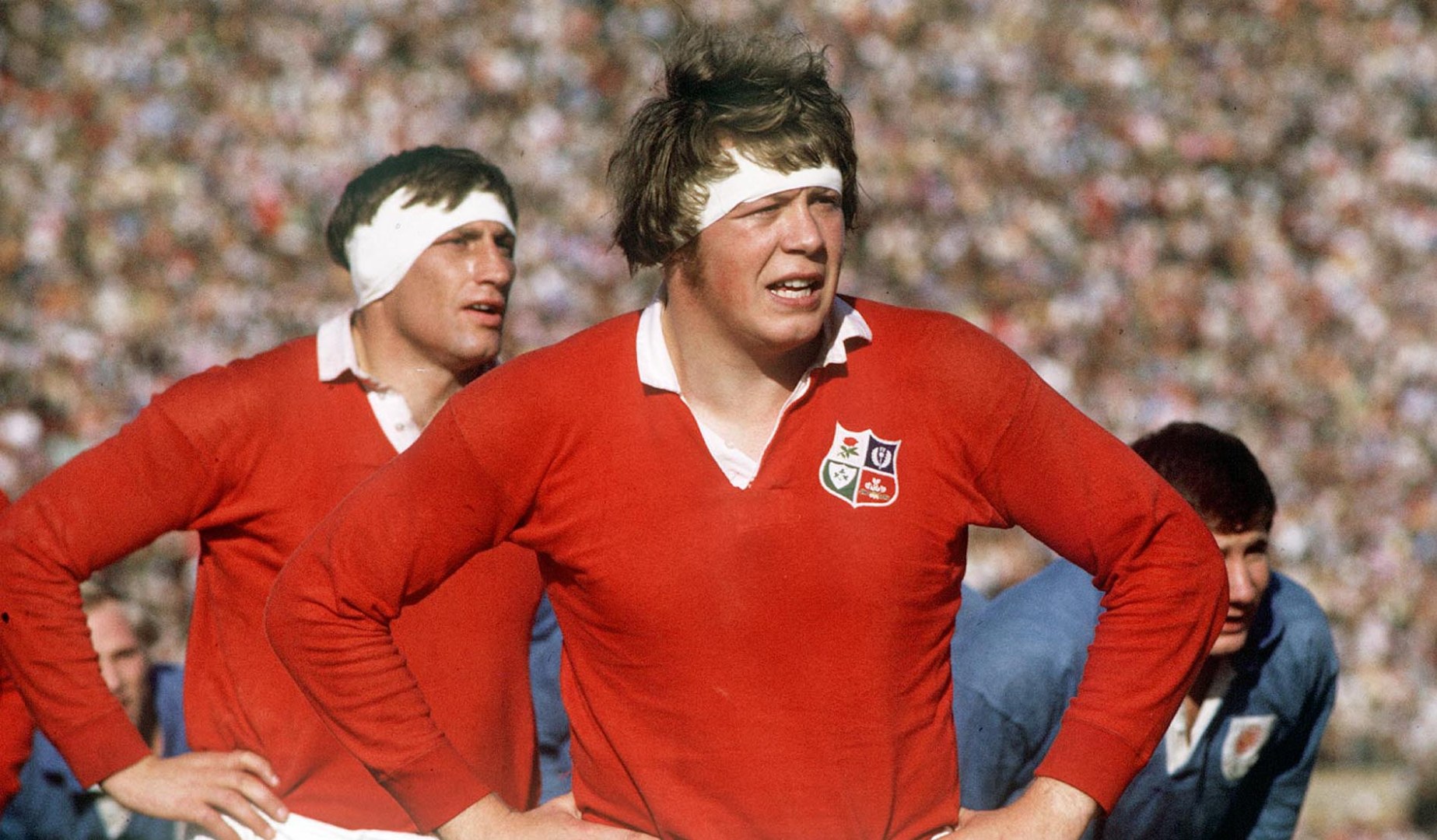 A Lions legend who went on two winning tours – to New Zealand in 1971 and South Africa in 1974 – Gordon Brown’s place in the Lions pantheon is already secured.

“A legendary Lion, but an even better friend – Gordon Brown will always be my Lions hero.”

A Lions legend who went on two winning tours – to New Zealand in 1971 and South Africa in 1974 – Gordon Brown’s place in the Lions pantheon is already secured.

But it is in death that my friend ‘Broony’ really became my Lions hero. In his last few months back in 2001, in the face of a very aggressive cancer, he showed extraordinary courage.

Not once did the great man complain. He was concerned about everyone else and not himself. He continued to enthuse about the game of rugby and remained the mischievous and funny character we all knew and loved.

He died well before his time. We spoke on a regular basis right to the end and I miss him dearly. In all the years since his death no-one has forgotten Gordon. In fact, he has become a bit of a cult figure in Scotland and is still talked about often there.

Gordon was my roommate on the 1971 Lions tour to New Zealand. Not all players gel on tour but we hit it off from the moment we were selected together.

The 1971 Lions tourists to New Zealand

A fiercely Scottish man, I don’t think we had anything in common on our first meeting except that we had played against each other!

But we shared rooms throughout the tour and I got to know him very well. He became one of the best friends I made in life.

On the playing side, he had a difficult start with the Lions because on the 1971 tour to New Zealand, the two second rows expected to make the Test team even before we even went out were Delme Thomas and Willie John McBride.

But Gordon fought his way into the side, getting selected over Delme. Even though we were amateurs at the time, he approached the tour in exactly the way a top-level player should. He was very competitive on the field, dominated lineouts, and was a great scrummager – his set-piece work was fantastic. But he also, as Bill McLaren would say, had a gallop like a giraffe.

He was on the Lions tour in 1974 as well. To have gone on two winning Lions tours is something only very few have done.

Add to that the fact that he went back to New Zealand on the 1977 Lions tour too – in my mind, he is one of the all-time greats.

He was hugely respected for what he brought to the field but he was also the life and soul of the party on tour – a great character and a fantastic humorist.

He was very popular abroad as well as in his own country. He was just loved and respected by all.

He was the epitome of a Lion – he just got it.

A lifetime of friendship

Our friendship continued long after the tour. He had his own key to my house – and when he was in the north of England he always stayed with me and my family.

My kids adored him. They treated him like a big climbing frame! He said we had the biggest bath in England and he loved being able to lie full out in it.

We miss him dearly still after all this time.

A legendary Lion, but an even better friend – Gordon Brown will always be my Lions hero.

John Spencer is tour manager for the British & Irish Lions trip to New Zealand in 2017.