Scotland Under-20s showed their true character, according to head coach John Dalziel, in their historic win over their Australian counterparts to kick off the World Rugby Under-20s Championships. [more] 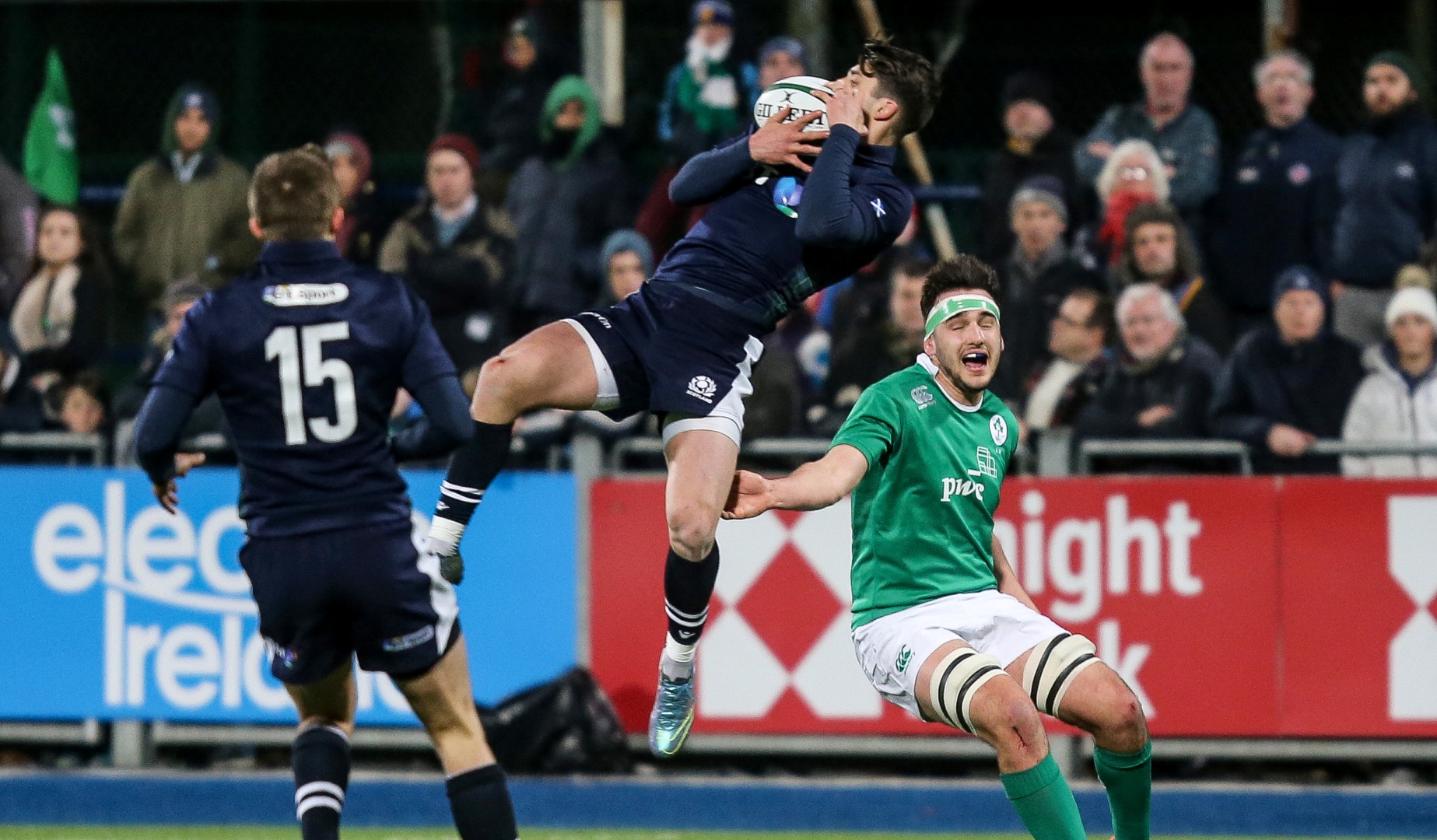 Scotland Under-20s showed their true character, according to head coach John Dalziel, in their historic win over their Australian counterparts to kick off the World Rugby Under-20s Championships.

The Scots came into the tournament of the back of a promising spring, including a first win over England at this level.

And they continued that form with a 15-10 win over the young Wallabies in Manchester. Dalziel said: “The result is really special and I’m really pleased for the boys as they’ve put in so much work in ahead of the game.

“We went out there expecting to do well against this team. A lot of people may have thought we were the underdogs, but there’s real belief here.

“We’re extremely happy that we got the result – what a start to the tournament – but we’ve got a huge four days turnaround and a lot of work to do.

“Sometimes when you have the man advantage, you start to think the job is done, but we showed a lot of character in that position. Australia threw a lot at us in the last ten minutes, but the character was there and I felt comfortable with our defence.”

? The picture says it all! #AsOne pic.twitter.com/0KiiyziGaL

England impress as Ireland and Wales play out classic

Elsewhere in Group A there was more good news for the home nations as England recorded a convincing 48-10 win over Italy, with Harry Mallinder impressing while scoring 12 points.

And arguably the game of the round was played out between Ireland and Wales, with the former pulling off a magical comeback.

Grand Slam champions Wales looked unstoppable early on, racing into a 17-0 lead after just 20 minutes.
Ireland fought back though, and two tries before the break got them back to within two points.

A fantastic try from Jacob Stockdale after brilliant handling pushed Ireland into a 26-20 lead, and despite a late score from Keelan Giles – his second – Wales couldn’t sneak it at the death.