As 2017 is a Lions year, we will be talking to journalists about each of the clubs in the Aviva Premiership and PRO12 as part of our Lions Watch. This week, we caught up with Ben Coles and took a look at Saracens. [more] 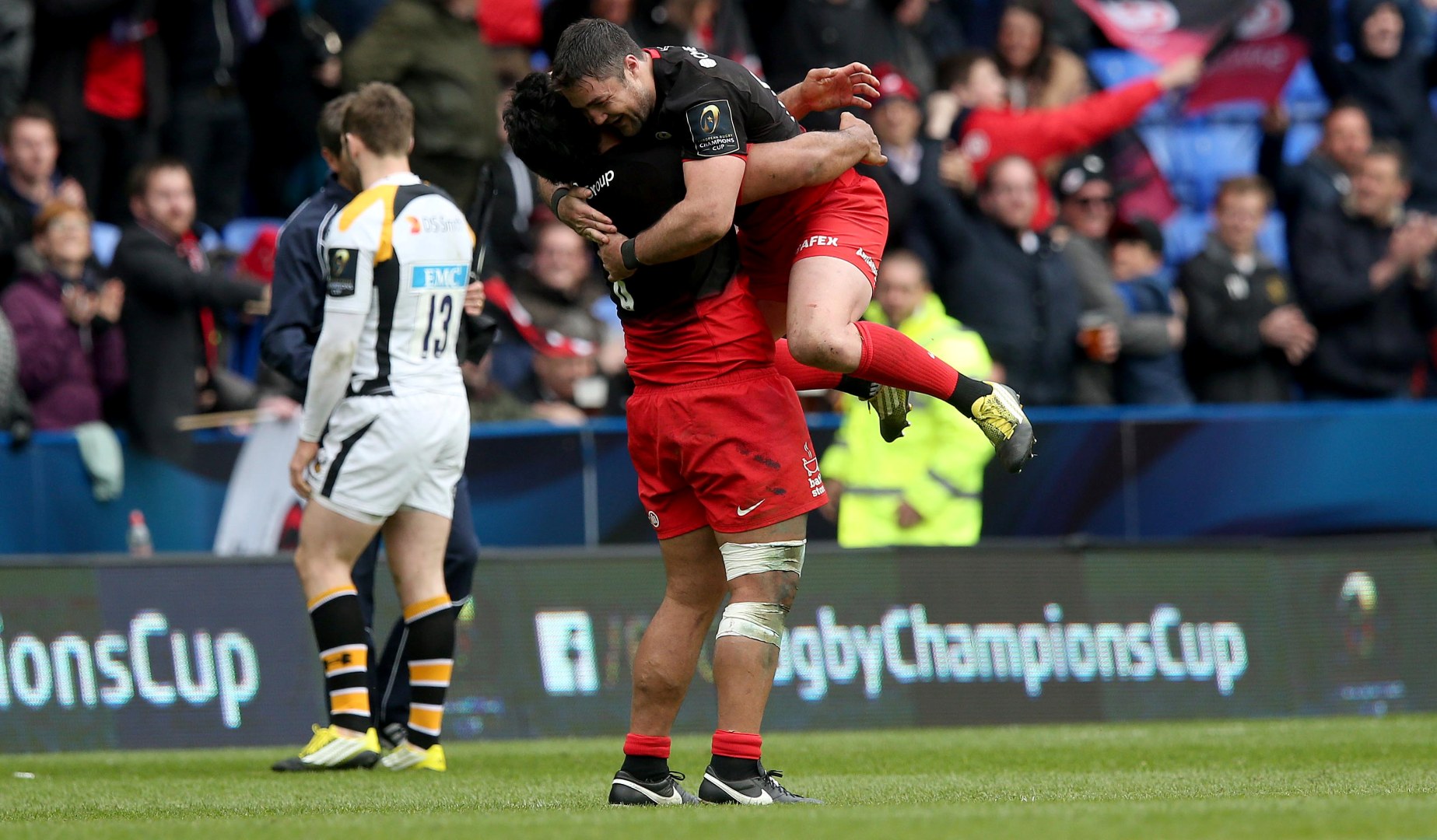 As 2017 is a Lions year, we will be talking to journalists about each of the clubs in the Aviva Premiership and PRO12 as part of our Lions Watch. This week, we caught up with Ben Coles and took a look at Saracens.

Ben Coles is the editor of Planet Rugby and has also done work for The Times, The Daily Telegraph, Rugby World and BBC 5 Live.

As Last season was about as good as it can get at club level for Saracens but as we head into The British & Irish Lions season, there is every incentive to raise the bar even further.

Winners of both the Aviva Premiership and the European Champions Cup, Sarries became the first team since Wasps back in 2004 to claim the European and English domestic double.

The challenge now is to repeat the trick, and they made a fine start to the season with a bonus-point victory over Worcester Warriors in their first game of the season.

There are a number of players in the squad who will be vying for a spot in The British & Irish Lions squad for the 2017 Tour to New Zealand so there is everything to play for at Allianz Park this year to convince Warren Gatland.

To get a more informed view on what to expect from Saracens this year, Planet Rugby’s Ben Coles gave us the inside track.

It might have been a dream season for Saracens a year ago, but according to Coles expectations remain just as high this season for Sarries to do the same again.

"For most people they are the team to beat by a long way in the Premiership and they showed why at the weekend against Worcester," he said.

"By their standards they struggled a little in the first 40 minutes, and then in a flash they had four tries and a bonus point.

"Defensively they remain brutal, even after Paul Gustard’s departure. It’s always difficult coming into a season after you’ve done everything you possibly can but with the Lions at the end of the year everyone will be desperate to perform."

Three years ago Saracens had four players in the Lions squad to Australia, and after such an impressive season last year Coles believes they could top that total this time around.

"Looking at the squad they could have as many as seven players in the squad, which is remarkable when you think where they’ve come from," said Coles.

"As it stands you’d say that Mako and Billy Vunipola, Owen Farrell and Maro Itoje will surely go.

"I think George Kruis deserves to be there but with the strength in the second row across the four home nations I fear he might miss out.

"Owen Farrell will be really interesting, he’s had a great season and his desire seems stronger than ever. He’s improved across the board, and shown what he can do both at fly-half and inside centre.

"I think for the Lions he might be used more at ten, but his versatility might open up a spot elsewhere in the squad."

Given their strength across the board, it’s no surprise that Saracens have a couple of longer shots who could also challenge in Coles’ view.

"Jamie George is currently second choice for England, so he’d certainly fall into the bolters category," he explained.

"But he offers something different and if Gatland wants a mobile hooking option in his squad, he could well get a chance.

"And Duncan Taylor is another who is very underrated and has had to wait for his chance with Scotland. But he’s been outstanding for Saracens, and played a key part in them winning the Premiership final last year.

"I could certainly see him getting some consideration."

History with the Lions

Going back to 1997, Saracens have had some Lions involvement in every Tour bar 2009, with one man standing out as their greatest contributor.

Legendary flanker Richard Hill went on three Tours between 1997 and 2005, helping the Lions to victory in South Africa 19 years ago when chosen at openside by Sir Ian McGeechan.

On that Tour he was joined by Ireland prop Paul Wallace, who played a huge part in negating the Springbok pack.

Four years later Hill was joined by English duo Danny Grewcock and Dan Luger, while he was the only representative on the last Lions Tour to New Zealand.

And in Australia in 2013, Saracens provided Farrell, Mako Vunipola, club captain Brad Barritt, and true bolter Matt Stevens, who had retired from international rugby but was called up by Gatland.