Leicester Tigers are one of the most historic and consistent teams in England having reached the semi-finals of the Premiership in each of the last 12 years. [more] 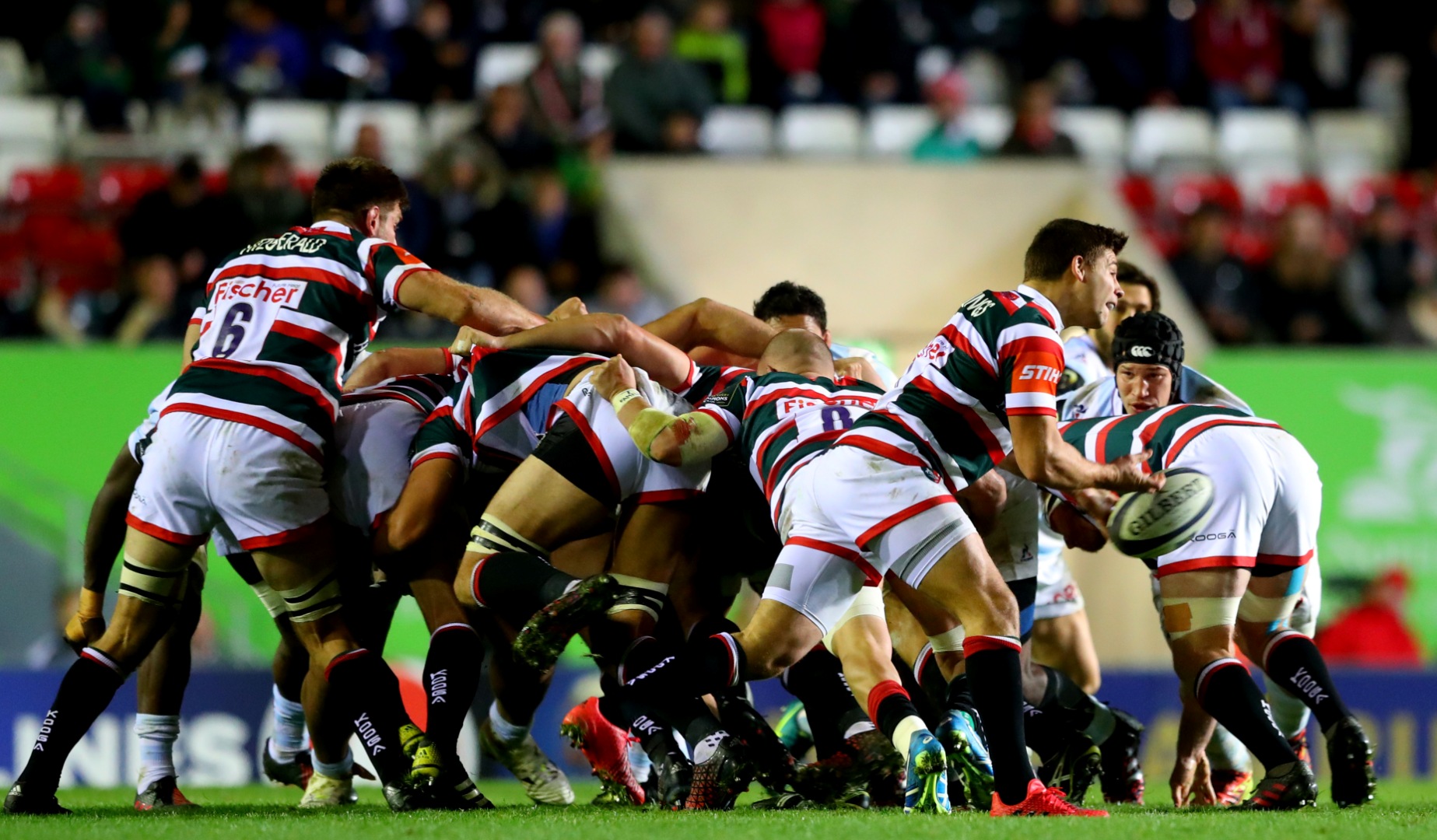 Leicester Tigers are one of the most historic and consistent teams in England having reached the semi-finals of the Premiership in each of the last 12 years.

Last season they reached the last semi-finals of both the Premiership and the European Champions Cup and are aiming to go one better this year.

The Tigers last raised the Premiership trophy, a title they have won ten times, in the 2012/13 season and secured historic back-to-back European successes in 2001 and 2002 under the leadership of two-time Lions captain Martin Johnson.

This season, they once again find themselves in the top four after the initial set of a Aviva Premiership fixtures with impressive victories over Gloucester, Bath and Worcester.

In the European Champions Cup, the Tigers were beaten in Glasgow but produced their best performance of the season to date with a 27-17 win to see off last season’s semi-finalists Racing 92.

Leicester Mercury rugby correspondent Paul Jones has been following the highs and lows at Welford Road this season and run his eye over the key men in the East Midlands with The British & Irish Lions Tour to New Zealand in mind.

2013 Lions Ben Youngs and Dan Cole have been regulars in Eddie Jones’ England squad since he took over and Jones is confident both will be in contention come the spring.

“Ben Youngs played a key part in England’s triumphant tour to Australia in the summer,” he said.

“And while he hasn’t quite hit his peak so far this season, competition for places at Leicester from Sam Harrison and Jono Kitto will ensure the 27-year-old is on his toes ahead of the Autumn Internationals.

“Cole had an extended summer break after his England exertions in Australia but he has looked in good order as the domestic and European season has got into gear, putting in some outstanding shifts in the front row.

“He was well to the fore as Tigers got their European Champions Cup campaign off the launch pad against Racing 92, a strong showing from the forwards helping them put together their best all round performance of the season.”

Plenty of Tigers fans were anticipating a centre partnership of Matt Toomua and Manu Tuilagi this season but it hasn’t materialised with the Australian out for six months due to a knee ligament injury.

Tuilagi has also struggled to maintain his fitness which Jones believes will be the deciding factor as to whether he makes Warren Gatland’s squad.

He said: “Injury continues to dog the midfield powerhouse and he has featured in just one match to date this season, scoring a try in Tigers’ win over Gloucester on the opening night of the Premiership season.

“Fully fit, though, Tuilagi is a proven matchwinner in any side. Fitness will dictate whether or not he makes the trip.”

If Gatland wants Lions experience he’s got options in Tom Youngs, a Lion in 2013, and two-time Lion Tom Croft who he may wish to call on should they have strong seasons at Welford Road

“Hooker Tom Youngs have been handed the captaincy at Welford Road this season, he is a natural leader and has built up tremendous experience,” added Jones.

“He was named among the EPS squad at the start of the season but does not feature in Eddie Jones’ squad for the autumn internationals.

“His ‘lead-from-the-front’ performance against Racing 92 in the Champions Cup, however, was exceptional and shows just how high quality a player he remains.

“Tom Croft has yet to figure in a Tigers’ jersey this season due to a back injury and it seems unlikely that the flanker, despite his experience, versatility and ability will feature in this chapter of Lions’ history.”

At the other end of the spectrum, Ellis Genge and Mike Williams have both been pushing hard for a spot in Eddie Jones’ England squad over the past season.

And Jones believes a strong second-half of the season could see them force their way into Warren Gatland’s thinking in time for the Tour to New Zealand.

“At 21 Genge is still learning his trade but he has excellent men around him in the Leicester front row, such as Dan Cole, Marcos Ayerza and Logo Mulipola,” said Jones.

“The signs are that he is learning well and England have been quick to take note.

“A powerful ball carrier, Genge made his international debut against Wales in May and is seemingly destined for many more appearances in the seasons ahead.

“Mike Williams is another who has shot to England prominence since moving to Leicester.

“The destructive blindside flanker, who was signed from Worcester ahead of last season, looked to have every chance of making an England debut in the Autumn internationals but a broken arm – the third time he had sustained a similar injury inside a year – has wrecked those hopes.

“Highly-regarded at Welford Road, Williams has the qualities to make an impact at international level if he gets a fair crack of the whip on the fitness front.”

Fifty-five Lions have been selected whilst at Leicester Tigers with 42 going on to earn full Test caps and making a combined 108 Test starts – only  Crayshaw’s Welsh (88), Cambridge Uni (72), Cardiff (71) and Welsh Academicals (58) have more Lions to their names.

The club’s current executive director, Peter Wheeler, is no stranger to the Lions himself having earned seven Lions caps during the 1977 and 1980 Tours on top of his 41 England appearances.

Also on that 1980 Tour was one Sir Clive Woodward who earned two Lions caps in South Africa in that year and was also selected for the Tour to New Zealand three years later.

After guiding England to the Rugby World Cup in 2003, Woodward was selected to lead the Lions on their Tour of New Zealand in 2005.

Dean Richards is another name almost synonymous with Leicester Tigers and the Lions playing over 300 games for the club as well as picking up six Lions caps during the 1989 and 1993 Tours.

Graham Rowntree made his Lions debut during the famous 1997 Tour to South Africa, a hugely memorable Tour that was led by Tigers captain Johnson. The Leicester second row became the only man to captain two tours when he was given leadership responsibility again in 2001.

Rowntree renewed his association with the Lions in 2005 and he has twice been on Tours (2009 and 2013) as a scrum and forwards coach.

More recently, Tigers supplied eight players in 2005 and on the 2009 tour to South Africa where Tom Croft became the first forward in Lions history to score two tries in a Test.

Tigers team-mates Cole, Croft, Geoff Parling, Tuilagi and the Youngs brothers all shared in the series triumph in Australia three years ago.

Paul Jones is the rugby correspondent for the Leicester Mercury