LionsWatch: Who’s in action this weekend?

The Guinness PRO12 and Aviva Premiership returned to action under the Friday night lights and then this weekend should see yet more drama unfold. [more] 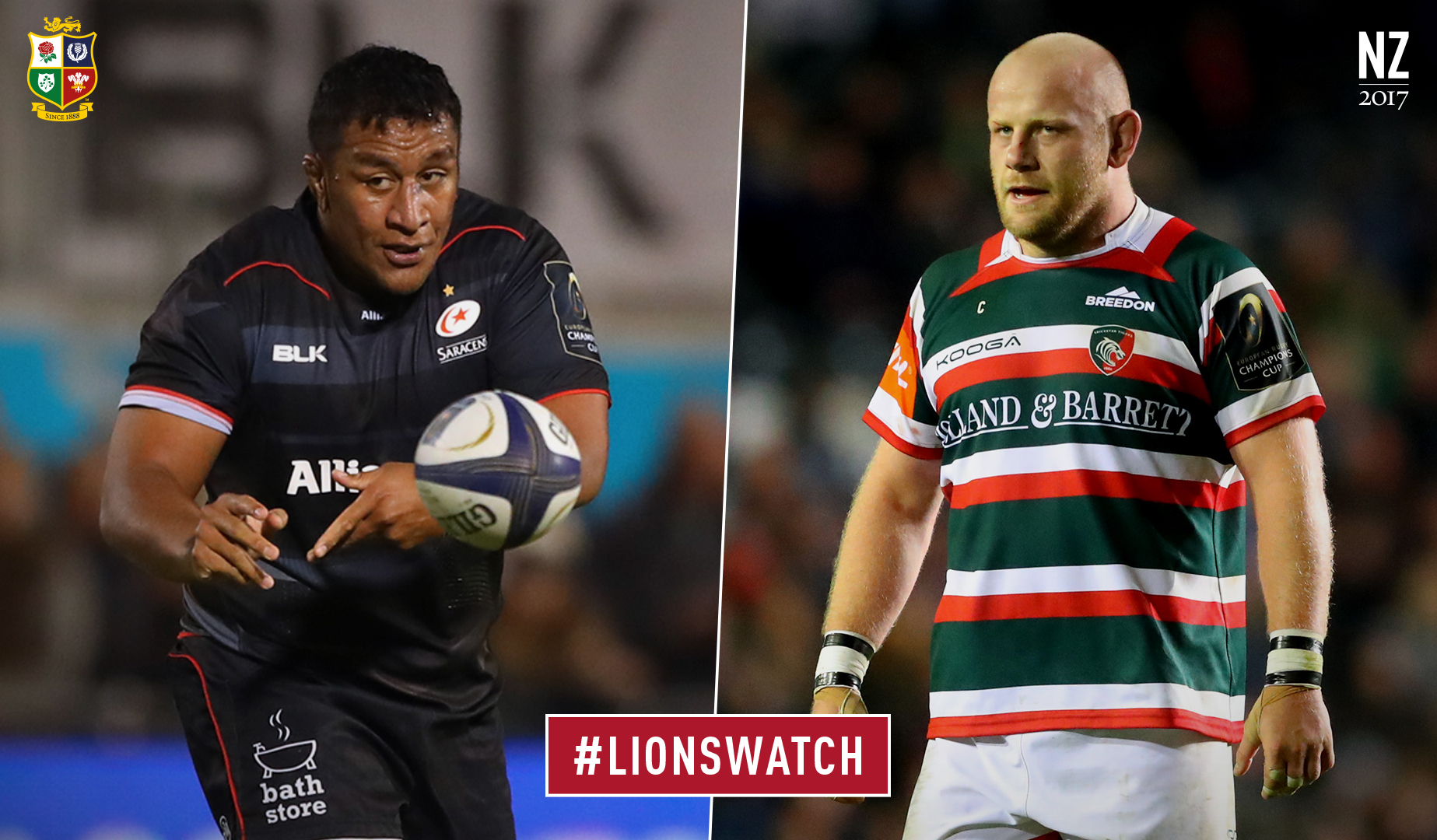 The Guinness PRO12 and Aviva Premiership returned to action under the Friday night lights and then this weekend should see yet more drama unfold.

Two powerhouses in Saracens and Leicester Tigers lock horns in England while there are local bragging rights on the line in Ireland and Wales as Leinster welcome Connacht to the RDS and the Ospreys hosts the Dragons at the Liberty Stadium.

LionsWatch will be across all the action this weekend as players have a final chance to put their hands up for the autumn internationals with The British & Irish Lions 2017 Tour to New Zealand in mind.

Defending Aviva Premiership champions Saracens have lost just one of their last 18 fixtures in all tournaments and the Tigers are yet to win at their new home of Allianz Park.

And the front row is the first place to look at when these two powerhouses come together – in particular the battle of England team-mates, and fellow 2013 Lions, Mako Vunipola and Dan Cole.

The Saracens loosehead has been in sublime form this season but Cole and the Tigers looked back to their best in a win over Racing 92 last time out.


Next door in the front-row and Tigers skipper Tom Youngs will look to remind Eddie Jones and England of his worth when he matches up with current Red Rose hooker Jamie George.

Injuries have robbed Sarries of both Maro Itoje and George Kruis in the second row so the Tigers pair of Ed Slater and Graham Kitchener will look to take full advantage.

Behind the pack, Ben Youngs must be a key influence for the Tigers if they are to turn the tables in North London but with Owen Farrell back fit and firing, any Tigers indiscipline is likely to be punished by the England international’s unerring right boot.

Rob Howley’s Wales internationals are preparing for next week’s clash with Australia so the Welsh derby at the Liberty Stadium is missing some key stars.

But keep an eye out for Ospreys flyer Keelan Giles who at the age of only 18 is making waves this season.

He was called up to Wales’ squad in New Zealand in June as injury cover and has kicked on this term with a sublime hat-trick in Europe last weekend.

He will wear the No.11 shirt for the region on Saturday and the Dragons backline will need to be at their best to keep him out.

Dan Lydiate also needs more game time under his belt after an injury-hit start to the season and he starts at flanker for the Ospreys against his former club as does fellow international Scott Baldwin.

Fresh from his England call-up on Wednesday, Ben Te’o returns at inside centre for Worcester this weekend in an intriguing back-line tussle with Harlequins.

Chris Pennell also returns for the Warriors who head to south west London looking to repeat the heroics of their last away win – that also came at the Stoop back in March.

But while Quins have rested two-time Lion Jamie Roberts, England scrum-half and club captain Danny Care returns from injury while Marland Yarde and Mike Brown will be the threats in the back-three.

In a rematch of last season’s Guinness PRO12 final, Saturday evening’s inter-provincial clash in Dublin completes round 7 in the PRO12.

Defending champions Connacht have a number of injuries but still welcome back Tiernan O’Halloran at full-back, meaning top try scorer Cian Kelleher moves to the wing.

It’s all change in the Leinster back-line with Joey Carbery – fresh from his Ireland call-up – handed the No.10 jersey.


O’Brien will face off against his namesake in the Connacht back row while Quinn Roux in the Galway men’s second row will hope to lay down a marker against the boys in blue.

Nathan Hughes was the hero for Wasps last weekend – his try securing a battling draw in south-west France against Toulouse and he celebrated that with his first England call-up on Wednesday.

He retains the No.8 jersey for Wasps as they welcome Newcastle to Coventry and his battle with England U20 international Callum Chick – who is making his Aviva Premiership debut – is one to watch.

Dai Young has rested Danny Cipriani so the impressive Jimmy Gopperth gets to wear the No.10 jersey while there are sure to be fireworks out wide as Sinoti Sinoti faces off with Christian Wade and Frank Halai.

2005 Lion Gavin Henson makes his first start of the season since round 1 as Bristol welcome Sale Sharks to the West Country.

Joining Henson in the Bristol back-line is former England international Shane Geraghty and their match-up with Sale’s talented young English backs will be interesting to watch.

Sam James continues in the No.10 jersey while the in-form Will Addison retains the No.13 shirt for Sharks, who pushed French powerhouses Toulon so hard last time out.

And England’s latest call-up Mike Haley continues at full-back for the Manchester side still searching for their first away win of the season.

But Bristol have not won a game in any competition yet this campaign, surely something has to give on Sunday?

There are compelling match-ups all over the pitch at Sandy Park this weekend as the Chiefs look to get back to winning ways against an in-form Bath side.

In the centres there are two England internationals facing off, with Henry Slade and Jonathan Joseph both hoping to give the Red Rose management a reminder of their talents.

Gareth Steenson came agonisingly close to leading the Chiefs to a comeback win over Ulster last time out but he will have his work cut out for him against George Ford in the battle of the fly-halves.

Bath have only lost once all season and their forward pack – despite a number of injuries – have laid a fine platform and Dave Attwood celebrates his England recall with a match-up against 2013 Lion Geoff Parling.

Charlie Ewels – also called up by England this week – switches to No.8 for the visitors and his clash with the free-scoring Thomas Waldrom could prove pivotal.