Some real legends of the game have worn the No 6 jersey for The British & Irish Lions and the challengers for the 2017 Tour to New Zealand are looking to add their name to that list. [more] 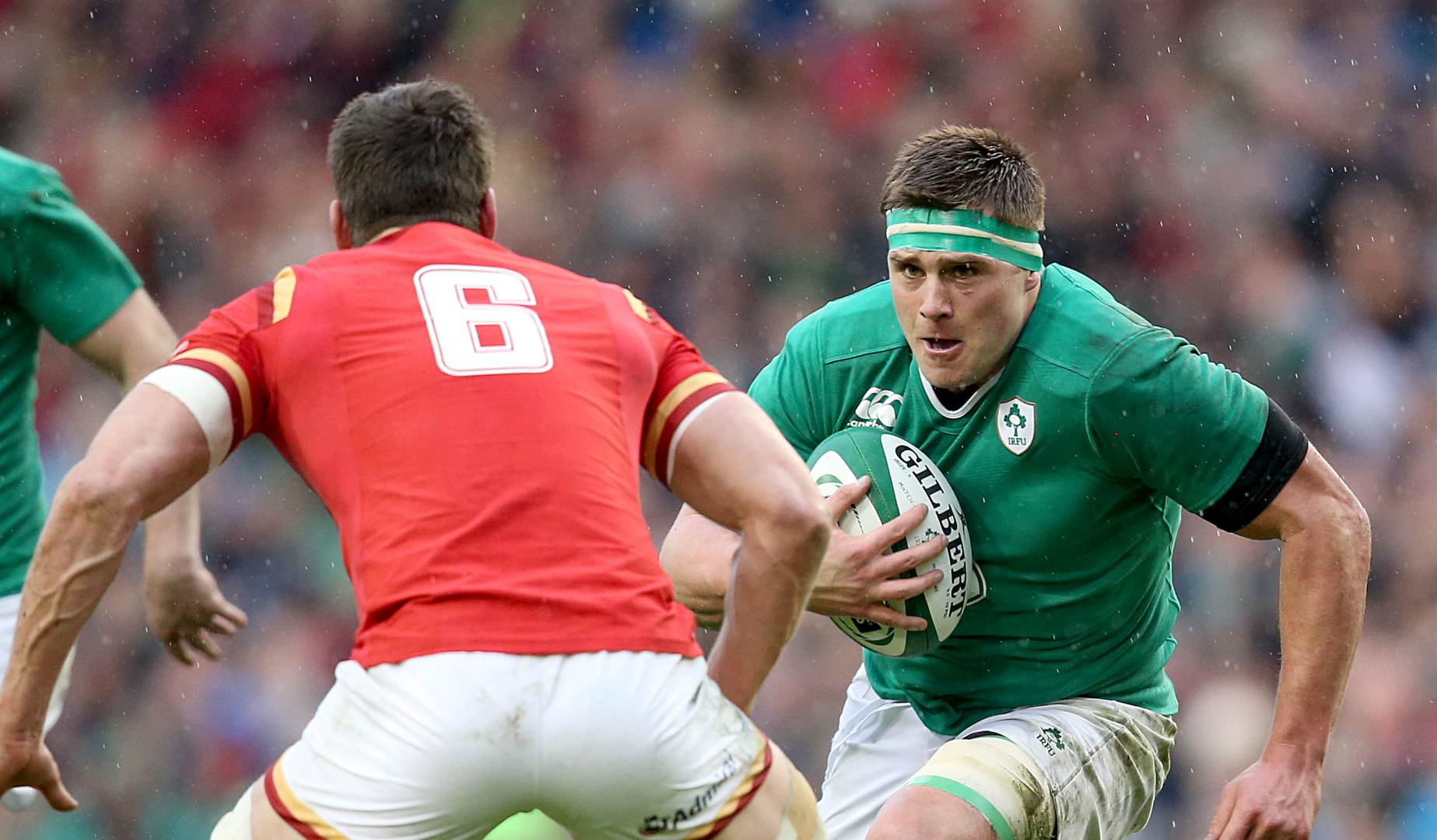 Some real legends of the game have worn the No 6 jersey for The British & Irish Lions and the challengers for the 2017 Tour to New Zealand are looking to add their name to that list.

The likes of Derek Quinnell, Roger Uttley, Mike Teague and Lawrence Dallaglio have all packed down at blindside flanker on famous winning Tours in the 20th century. And then four years ago the job was shared by Tom Croft and Dan Lydiate.

The key to a back row is always balance, so to examine the position of blindside flanker in isolation is a difficult one.

But as part of our ongoing series, LionsWatch is taking a closer to look at the potential competitors for each position before Warren Gatland names his squad on April 19.

Having run the rule over tight-head props, wingers, scrum-halves, and locks – here we take a look at the No 6s shining after two rounds of action in this year’s RBS 6 Nations.

CJ Stander’s mantelpiece at home must be groaning under the sheer weight of man of the match awards he continues to collect.

His historic hat-trick in Rome in round two for Ireland strengthened his case for inclusion in Gatland’s touring party later this year.

The Munster man has played every minute of both Ireland games so far and his work-rate has been predictably tireless.

His appetite for carrying the ball is staggering, indeed no player from any of the Six Nations have taken on the defence more than the Ireland flanker after two rounds of the Championship.

He has beaten 12 defenders with ball in hand, Itoje is next on the list from the home nations flankers with two, and the Irishman also notched a try assist with a somewhat fortuitous cross-field punt.

But it is not just in attack that Stander puts his hand up for his country, on the defensive side the Munster man is becoming indispensable as well.

The flanker has already won three turnovers for his country in this year’s Championship – a stat only matched by Sam Warburton from the home nations flankers.

But even more impressively, he has done it while also failing to concede a single penalty so far after clashes with Scotland and Italy and is yet to miss a tackle either.

Versatility in a back row is important, and Maro Itoje with England is proving that so far this year.

More experienced at lock for club and country, the youngster has taken to the No 6 shirt with impressive ease for England so far.

While still often packing down at second row at scrum time due to his strength in the tight and also jumping at the front in the lineout – Itoje has also looked impressive in the traditional roles of a flanker.

He has carried with gusto, secured two turnovers already, played every minute and most impressively of all – has made more tackles than any other flanker in the Championship.

England have a fine tradition of blindside flankers for the Lions, with the aforementioned Uttley, Teague and Dallaglio joined by the likes of Ben Clarke in the famous red jersey.

And it is not just Itoje who could conceivably shine in New Zealand in 2017.

Indeed Courtney Lawes has split time there during this year’s Championship and made a whopping 20 tackles against Wales in Cardiff ten days ago.

Throw in the injured Chris Robshaw – who is missing this year’s Championship after having shoulder surgery – and James Haskell and there are a plethora of options in white.

Haskell has only worn No 7 for England under Eddie Jones but has always been blessed with the ability to cover all three positions in the back row.

He is coming back from a toe injury this year so has been an impact replacement off the bench but has certainly got through some work – he has made 11 carries and ten tackles across only 47 minutes of action in the two games.

While the likes of CJ Stander and Maro Itoje have caught the eye this year, they do not have the experience that Sam Warburton does.

The Welsh flanker captained the Lions to an historic series victory over the Wallabies in 2013 – although he missed the third Test in Sydney with injury.

Since then he has led his country to a Rugby World Cup quarter-final but this year has moved across from openside to blindside flanker to accommodate Justin Tipuric.

Warburton has done this before for his country and his form so far this year suggests he could be an attractive option there for the Lions.

His scavenging work at the breakdown remains supreme – he is level with Stander on three turnovers in the Championship so far – and has carried and tackled with traditional enthusiasm.

But an added string to his bow that might catapult him firmly into Gatland’s thoughts is his ability in the lineout, having won eight lineouts so far – level with Itoje as the most by a flanker.

YOU CAN BANK ON BARCLAY

Scotland are the only of the four home nations to have changed their blindside flanker between the opening two rounds.

That was largely down to Ryan Wilson’s elbow infection but their strength in depth in the back row is improving all the time.

Wilson made a whopping 17 tackles in round one before missing out meaning Barclay – who impressed off the bench at openside in the same game – came in.

Injury also hampered his chances against the French in Paris but with two turnovers already and 15 carries and a lineout win, the Scarlets man is showing impressive adaptability that could put him in line for the Lions in New Zealand in 2017.

Round three will see Warburton and Wales head to Edinburgh to take on the Scots while Stander’s Ireland welcome France to Dublin and Itoje and England play host to Italy. There are still plenty of twists and turns to come on the path to the Lions 2017 Tour to New Zealand.