Feature: Being Gareth Edwards (and the rest of the team…)

When I was young, I lived a pretty unexciting life in an unexciting suburb of Dublin.   [more] 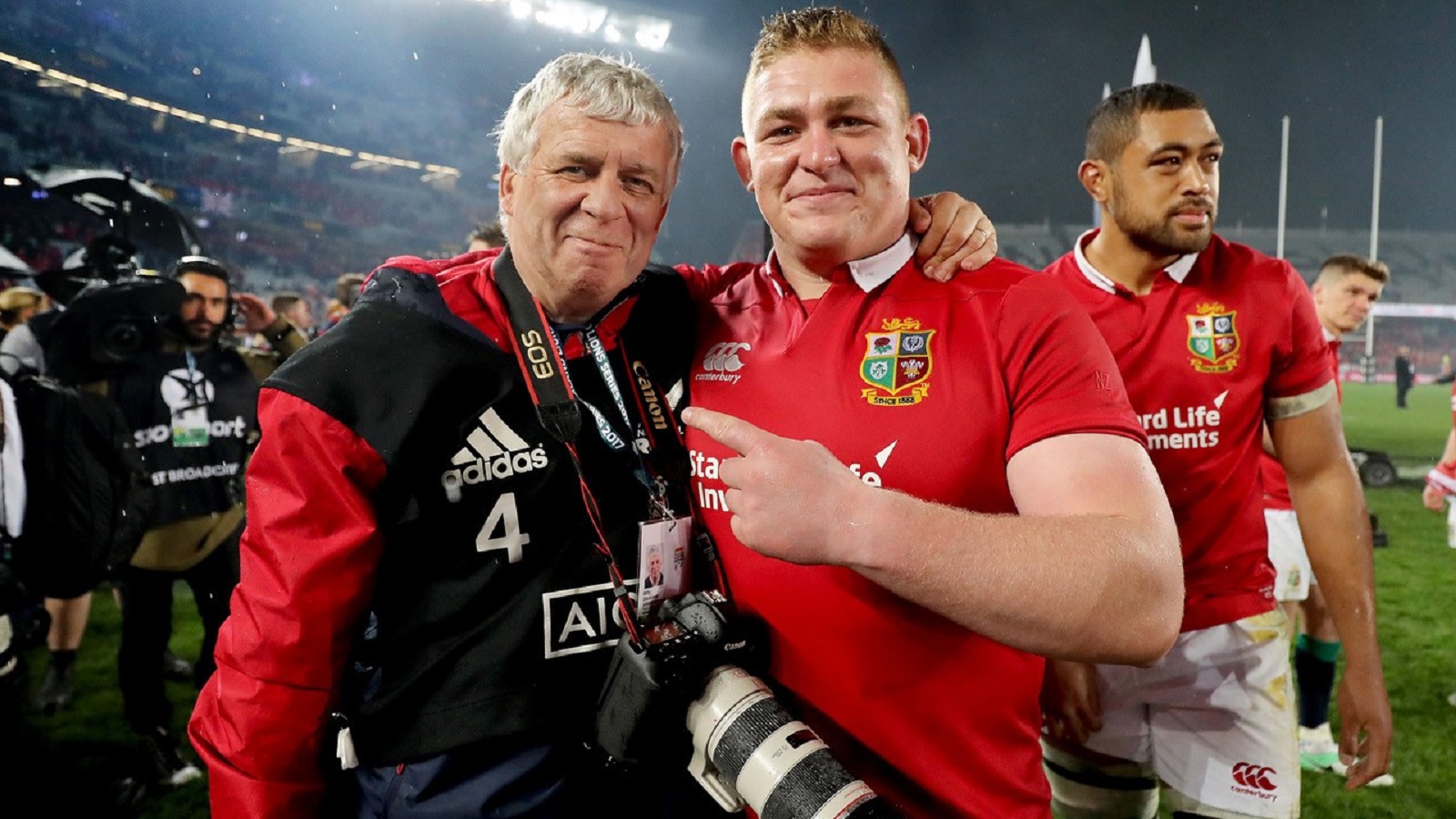 It could have gone a lot of ways but for some reason I got enthusiastic about rugby, even though I did not excel on the field. My genetic make-up mitigated strongly against either a Keith Wood or a Brian O’Driscoll ever saying that I was the player they aspired to be…

But as a fan and a rugby nerd, I was exceptional.

I don’t know how it started but the game took a grip. I would cycle all the way into town to pick up Rugby World just to take a look at it and then return it to the shelves (as I didn’t have any money).

I would put scrapbooks together with great care. Once, some really mean boys in my school stole one and disfigured a picture of Willie John McBride by scrawling the words “Billy’s Boyfriend” across it. But I was made of sterner stuff.

I had discovered the Lions, and I wanted to get involved.

My school rugby jersey was red. I cut out the shape of the Lions crest, divided it into four and, with white paint, filled in the shamrock, the rose, the thistle and the feathers. I then proudly presented myself with the jersey. I remember that as being quite emotional!

The ceremonies completed, I then ran out on the famous turf of my back garden to play the greatest Test match ever played.

The gameplan was simple. I played scrum-half which meant I replaced the greatest rugby player of all time: Gareth Edwards.

Why Edwards? He was to me the epitome of a great Lion. Incredibly talented, uber competitive and great craic. Exactly what I wanted to be. He just knew he would win.

I also took on bit parts of other players. After all, I was the only person there and I needed to look good…

The technique took a bit of time to master. It would start with Gerald Davies throwing the ball into the line-out. None of your fancy spinning hooker throws of today, it was a lobbed ball, arcing high and turning end over end. The trajectory needed to be just right to enable me to palm it down to myself by sprinting to the middle of the lineout.

I thought of myself as Wales’ Delme Thomas. He had a distinctive way of wearing his jersey, with the sleeves rolled right up his arm to show his impressive biceps. I would launch myself into the air, having not only got into the right position but facing the opposite way from where I had started.

Up I went and gently palmed the ball down to myself (as Edwards watched from the sideline).

Now for the best bit … my Gareth Edwards imitation pass. Curiously, he never passed to his left but instead invariably swivelled around. I had practised this for hours by throwing the ball at a wall above the slanted roof of the greenhouse. It bobbled down the roof and this gave me an element of chance.

The hours paid off as I sent the ball in a perfect trajectory to Barry John. Again, this needed more height than length which was counter intuitive if you’ve ever seen the Edwards pass. But in my head it was perfect. I became Barry John, ghosting onto the ball, and went behind him for the return pass. 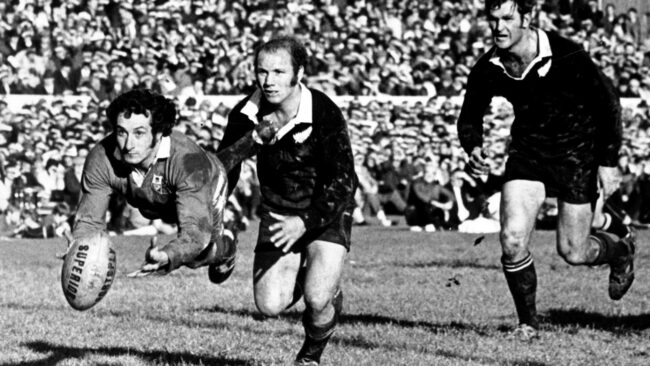 Gareth Edwards against the All Blacks, 10 July 1971. Photo: PHOTOSPORT

To achieve this meant an exaggerated downward movement of my left hip to allow the ball to go more up than sideways, and give me time to get into position to catch. Too much lateral and the rose bushes came into play. If this went right, all options were on…a delicate chip, going to ground to form a ruck or an amazing weaving run. There was no stopping me. If something didn’t work, I could just do it again as no one was going to find out, were they?

Sometimes, when the stars were aligned, the ball would bounce up into my hands after a short kick or else I would get my fingertips to one of my contrived passes and dive into the corner.

The final act was inevitable. The conversion from the touchline to win the series. We had a Yucca tree in the middle of the garden. To hit the centre at the top would mean success but also the loss of the ball in the branches, but it was worth the sacrifice.

How many people get to be part of such a pivotal moment in Lions folklore?

They were all there: Willie John, JPR, Merv the Swerve, and Barry. I was privileged and humbled to be part of such an incredible team.

A few years after he retired from rugby, I photographed him playing in a charity football match. Whether showing off his athleticism, arguing with the ref or berating opponents he was relentless.

We each have our favourites and there is no doubt in my mind to this day that he most brilliant Lion ever.

Before a recent tour, I had breakfast with Willie John McBride. Actually, not strictly true. I was at the table where the great man was having breakfast. Maybe I should have mentioned that I played on the same team as him in my back garden back in the 70s but I’m not sure that he would have quite understood.

Billy Stickland is Managing Director of Inpho – Official Photography Agency of the The British & Irish Lions. He has covered seven Lions Tours going back to 1989, missing only the trip to New Zealand in 1993. The 1997 tour to South Africa stands out for him. His own rugby career reached the unlikely heights of the Trinity College 2nd XV for one season which made him realise that photography was probably the best option…