Feature: ‘It was a magic experience and a bit of a whirlwind’ – Ryan Jones opens up on the 2005 Tour

A whirlwind romance, fortune and plenty of drama - Ryan Jones’ relationship with The British & Irish Lions has all the makings of a Hollywood blockbuster film. [more] 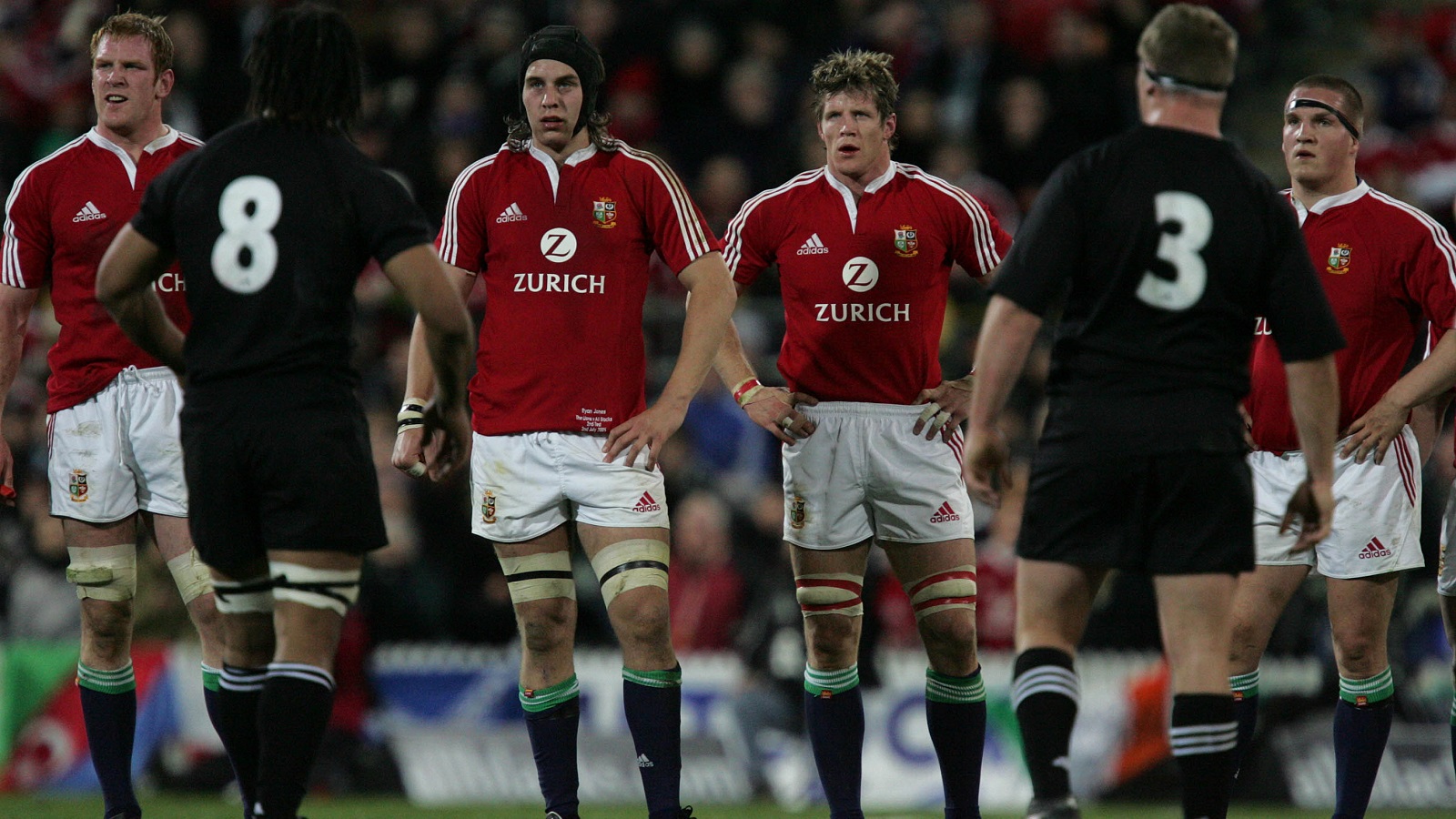 The former Wales captain missed out on selection for Sir Clive Woodward’s original touring party in 2005 before being drafted in late as a replacement for the injured Simon Taylor.

Despite being thrown in at the deep end, Jones quickly established himself in the squad and featured in all three Tests as the Lions suffered a series defeat to New Zealand.

But while the end result wasn’t quite what he wanted, Jones still looks back on his first Lions experience with rose-tinted glasses having never expected to earn the honour.

“The story I tell people is that I had a dream, as a young kid I wanted to play rugby for Wales and I’m very fortunate that I lived it,” he said.

“But the ultimate accolade for a British and Irish rugby player is the recognition that you are considered one of the best players in the British Isles by being selected for the Lions.

“The Lions carries a romance and a statement like no other rugby brand, and very few other sporting brands or entities. Did I ever think I’d achieve it? No, I didn’t.

“I thought it was always beyond my capability but I was very fortunate that circumstances prevailed and I went on a Lions Tour in 2005. It was a strange old story in itself really.

“I was touring Canada and North America with Wales at the time on the back of our first Grand Slam for years and life was pretty good, I was enjoying playing rugby that summer.

“Then I suddenly had a call asking me to go down and join the Lions in New Zealand so flying out I had little to no expectation and was playing in a midweek game shortly after.

“I sat on the bench for the first Test and started the next two and it was a pretty magic few weeks really. I was bitterly disappointed with the result because we are sportspeople.

“We love to win, we love to be competitive but I have shared the field with arguably the best All Blacks team there ever was so I would certainly take my hat off to them.”

On his first Tour start in the warm-up match against Otago, just a week before the first Test, Jones produced a memorable performance to help the Lions to a morale-boosting victory.

Jones carried the ball with immense power, hit hard in the tackle and was flawless on the floor, even scoring a try in the 30-19 triumph as Woodward sung his praises.

From being outside the initial 45-man squad, he had forced his way into the Test 22 for the opening match against the All Blacks in Christchurch and came off the bench in the 21-3 defeat.

Yet rather than being overwhelmed by it all, Jones took the experience in his long stride.

“The intensity is different because you are surrounded by world class athletes and sports people, so the standard of training, the accuracy and all that is so high,” he continued.

“It brings the best out of you as well. It’s just a unique environment and whenever you put on the training jersey or match jersey, there is a magic to it. Expectation is always high.

“You put the expectation on yourself more than anyone else and I think the Lions sets the bar for touring standard. It was just a magic experience but it was a bit of a whirlwind.

“I didn’t really have the build up to it, I just went in, played games and then it was all over.”

Jones did enough in his first Test outing to earn a starting spot in the final two matches and while he could not rescue the series, he finished the Tour with plenty of credit in the bank.

And looking back on New Zealand, Jones believes the expectation was greater than anything he’d experienced before against a team he considers to be one of the best he ever faced.

“There is an enormous weight of expectation with the Lions, largely put on yourself by yourself – not in a negative way but my parents had flown out for example,” he said.

“My dad has essentially told his boss that because he wasn’t allowed the time off he was going anyway and he would resign, so you realise quickly that you’re living the dreams of others.

“It’s not a burden but there is a huge weight of expectation. The British & Irish Lions are steeped in history and heritage and you desperately want to play your part in that.

“You want it to be positive. We started the second Test really well and I watched Dan Carter’s documentary the other day on Netflix and he talks about that game.

“He alone was superb that day but the All Blacks were just excellent to the point where we were chasing shadows in the end but that was just an amazing experience in Wellington.”

Having been left out of the touring squad to South Africa in 2009, Jones was once again a late addition to Sir Ian McGeechan’s party as a replacement for Stephen Ferris.

Yet rather than being a fairytale conclusion to his Lions career, the then 28-year-old was ruled out of the rest of the Tour just one day after arriving.

He underwent the routine medical testing on arrival, which led to the Lions medical team seeking a further examination by an independent neurosurgeon. Following that examination, it was decided that he should not play a role in the Tour.

“It was about 24 hours my 2009 trip,” he added. “I tell people I’m technically a double Lions tourist but I think I flew home on the same BA flight I went out on, it was that quick.

“It was bitterly disappointing because I know how much the Lions meant to me and I know it would have been such a wonderful thing to be a part of a second time.

“It’s not an opportunity afforded to many by the Lions and circumstances can often dictate that you don’t, whether it be injury, form or whoever is coaching.

“We are all slaves to our generation and to almost make it a second time would have been pretty special but it wasn’t meant to be in the end.”