With the 2009 Lions tour looming large, Leicester Tigers forwards coach Richard Cockerill explains why the trip to South Africa excites him, his players and the club. [more] 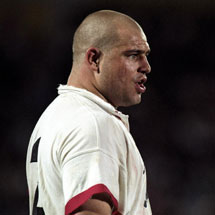 With the 2009 Lions tour looming large, Leicester Tigers forwards coach Richard Cockerill explains why the trip to South Africa excites him, his players and the club.

The double-European champions may be fully focussed on their Guinness Premiership, EDF Energy Cup and Heineken Cup campaigns but Cockerill knows that next year’s tour is already well and truly on the horizon.

The former England hooker, who works alongside new head coach Heyneke Meyer at Welford Road, believes that the mere presence of the Lions will give his players an added incentive to perform.

"I think it’s a big year for all the guys," says Cockerill, who has seen last year’s Guinness Premiership Finalists record three wins from four attempts so far this season.

"The English guys that are in the Elite Player Squad (EPS) know there’s the added bonus of a Lions tour at the end of the season. The incentive to play well for your country is heightened even more. It’s a four-year cycle for the Lions and, in lots of careers, you don’t get that opportunity."

Leicester have a reputation for producing players for both England and the Lions, with the 2005 tour to New Zealand no exception. Neil Back, Martin Corry, Ben Kay, Lewis Moody, Geordan Murphy, Ollie Smith, Dorian West and Julian White all made the squad the last time the Lions left these shores, and Cockerill is hoping for more of the same come 2009.

"At Leicester, we’re steeped in a huge history with international rugby and we’d like to get as many guys as possible on the Lions tour because it reflects very well on the club.

"We’ve got eight guys in the senior EPS and three in the Saxons so we’ve got a great chance of having a few Lions next year. Geordan Murphy will hopefully be there or thereabouts with the Ireland squad as well.

"It’s all about who hits their straps early, who’s on good form and which team is successful. If England can come through and top the Six Nations or win the Grand Slam, then that will push a lot of players to the forefront of selection.

"Any experience at such a high level is important for the club as it rubs off on everyone else around here. Any positive experience away from here is definitely good for us."

Cockerill missed that experience as a player, with his time as an international falling in between the 1997 and 2001 Lions tours. Although he doesn’t go as far as to suggest he deserved the opportunity, there is no doubt that a trip to Australia in 2001 would have been one of the highlights of the 38-year-old’s glittering club and international career.

"I played for England for two-and-a-half years and I was unfortunate enough not to be in a cycle where the British & Irish Lions tours came up. Given the opportunity, and if I was good enough at the time to go on a Lions tour, it would have been the icing on the cake.

"It would have been a fantastic experience but I had a good Test career, a great rugby career and you’ve got to be happy with what you’ve got. It’s not a regret but it’s something I would love to have gone on because they’re fantastic occasions and it’s probably one of the toughest touring environments you’ll encounter in the modern game."

If any of his players are selected to go one step further than he did come 2009, Cockerill is under no illusions as to the size of the challenge they will be facing. A tour to South Africa can be a daunting experience but it can also be one which could have long-lasting benefits for a club such as Leicester. Regardless of the end result, Cockerill believes the fact that so many Tigers will be pushing for a place in the ultimate international squad can only see an improvement in their domestic form.

"It’s definitely a tough place to tour. South Africa is a rugby-mad country, they’re the current World Champions and the excitement that the Lions will bring will be enormous. For a lot of guys, it’s a once-in-a-lifetime chance of playing in that environment.

"It’s the pinnacle of a lot of Test players careers to go on a Lions tour. The World Champions versus the Lions is going to be a massive event and a lot of guys will see that as a huge incentive to get fit, stay fit and play well."