There was good news for two Irish Lions today - one already a Lion and another in contention for the 2013 tour to Australia. [more] 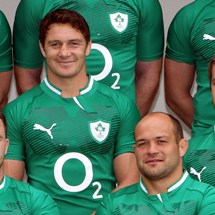 There was good news for two Irish Lions today – one already a Lion and another in contention for the 2013 tour to Australia.

Ulster hooker Rory Best was passed fit to start for his country in their 6 Nations showdown with Scotland, while double Lions tourist David Wallace will finally make his comeback from a long-term injury this weekend.

Best had been a doubt for Saturday’s Celtic clash in Dublin having suffered a knock to his ribs in the draw with France on Sunday.

But scans showed the 29-year-old didn’t do any significant damage in Paris, leaving him free to face the Scots at the Aviva Stadium. And having proved his fitness to Ireland coach Declan Kidney, Best has been handed the honour of captaining his country following injury to Paul O’Connell.

Lions skipper O’Connell captained Ireland in the first three games of the tournament in the absence of regular leader Brian O’Driscoll but the Munster lock has a knee ligament problem that will see him sidelined for six weeks.

Best previously captained his country on the 2009 summer tour of North America when O’Connell and O’Driscoll were in South Africa with the Lions but this will be the first time he has worn the armband from the start of a 6 Nations fixture.

"It's a great honour to be asked to captain the side. It's something you dream of doing," said Best.

"It's very unfortunate what has happened to Paulie but I was obviously very honoured when Declan asked me to captain the side.

"We know we'll have to be on the money against Scotland. It will be a massive challenge for our defence."

Elsewhere in the Irish line up, Eoin Reddan replaces the injured Connor Murray at scrum-half and Donnacha Ryan takes O’Connell’s spot in the second row.

Connacht’s Mike McCarthy and Munster’s Tomas O’Leary, who were both called up to the training squad last week, have been named among the replacements.

Away from the international scene, Munster’s re-arranged trip to Italy to face Aironi will take on extra significance for veteran flanker Wallace.

A first-choice back rower on the 2009 Lions tour having also being involved in 2001, Wallace hasn’t played since injuring his knee in August.

Wallace suffered the setback in a World Cup warm up clash with England in August and missed the global gathering in New Zealand as a result.

He has since seen Stephen Ferris, Sean O’Brien and Jamie Heaslip establish themselves as Ireland’s starting 6, 7 and 8 but his experience in international colours could yet seen him return to the Test scene despite being 35 years of age.