A Lion in the making

A largely unknown 17-year-old could be wearing Lions colours in 2017 or 2021 according to his club coach. [more] 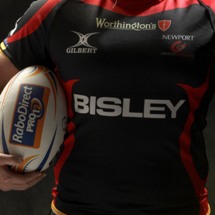 A largely unknown 17-year-old could be wearing Lions colours in 2017 or 2021 according to his club coach.

The 2013 Lions tour will undoubtedly come too soon for the Monmouth School pupil but by the time the following trips to New Zealand and South Africa come around Amos could be at the peak of his powers.

“Hallam is a young guy with serious potential and I expect him to be shining on the world stage in his mid-20s,” Edwards told the South Wales Argus.

“He is very coachable and has all the attributes to become a top -class player.

“It was a huge learning curve when he came off the bench against Treviso last week but as the game went on you forgot that there was a 17-year-old at full-back.

“That great for us because we have to expose these youngsters to regional rugby and develop our own talent.”

Amos became the youngest Welshman to play regional rugby when he came on as a second-half replacement in the Dragons’ LV= Cup win over Wasps in October but that record was then broken by team-mate Jack Dixon later in the same match.

A try scorer in that match at Adams’ Park, Amos is qualified to represent both Wales and England having been born in Stockport but moved to Wales at the age of four.