Ronan O'Gara has admitted he still dreams about being a Lion. So can the great man of Munster perform well enough this season to make it on to a fourth tour? [more] 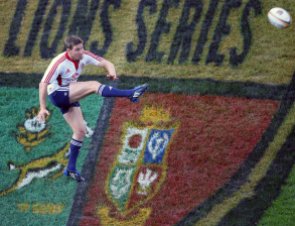 Ronan O’Gara has admitted he still dreams about being a Lion. So can the great man of Munster perform well enough this season to make it on to a fourth tour?

There is obviously something special in the water in Ireland because both O’Gara and Brian O’Driscoll are bidding for a fourth trip. Only two players have achieved that before, both of them Irish.

Andy Irvine, the 2013 British & Irish Lions tour manager, is one of the 26 players to have made three tours and there are a number of candidates to join that club next summer with Paul O’Connell, Gethin Jenkins and Donncha O’Callaghan all still very much in the frame up front.

O’Gara will be 36 next year, a few months older than Simon Shaw was on the 2009 tour, and knows all about what it takes to play in Australia having made his Lions bow there in 2001.

“It would be nice and it’s definitely in the back of my mind. To achieve four tours would be something really, really special,” O’Gara told the Irish Examiner.

“But I think you leave it there and concentrate on how you achieve that and get the process right. You could be playing in a Test match or you might not even make the tour – that’s how close it could be.

O’Gara had a dream start to his Lions career scoring 26 points in the 116-10 demolition of Western Australia in Perth with 13 conversions. He has made 15 appearances on his three tours, winning 11, drawing one and losing three.

O’Driscoll’s record in three tours is played 14, won eight and lost six. How times have changed from the McBride and Gibson era. Between them they played 135 times for the Lions on their 10 tours, with Gibson making 20 appearances alone on the 1966 trip.