James Horwill wants to use the Wallabies' European tour in November to warm-up for next summer's Test series against the British & Irish Lions. [more] 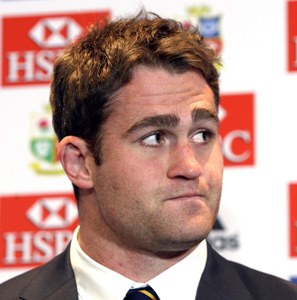 James Horwill wants to use the Wallabies’ European tour in November to warm-up for next summer’s Test series against the British & Irish Lions.

The Queensland Reds lock has missed all eight Wallaby internationals to date this year after tearing a hamstring off the bone in a Super 15 match.

He was the first of three Australian skippers to pick up major injuries this season. David Pocock and Will Genia are likely to miss the four Test trip at the end of The Rugby Championship, but things are looking up for Horwill.

"I'd like to get on that tour and play some rugby to finish out the year," Horwill told The Australian newspaper.

"I'd love to get back on the field – I've had enough of training and doing rehab. I'd like to get back and play rugby, but in saying that I don't want to force it and risk re-injury or injuring something else.

"I want to make sure I'm 100 per cent right to go. If everything continues the way it is, I'm hopeful that can happen."
Wallaby coach Robbie Deans will need to find cover at lock at the end of the current tournament because the latest stand-in captain, Nathan Sharpe, is retiring.