Paul O'Connell hopes to return to action in the Heineken Cup but admits he is in a race against time. [more] 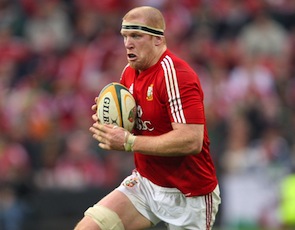 Paul O’Connell hopes to return to action in the Heineken Cup but admits he is in a race against time.

The 2009 Lions captain has not played since the beginning of May due to a persistent knee injury. He missed Ireland’s summer tour and saw his Munster comeback put on hold by a back spasm.

But while O’Connell is back in training, and hopes to face Racing Metro 92 in the opening round of European action, his comeback remains uncertain.

"I’d love to play in Paris," said the second-row.

"It would probably be too soon in terms of match fitness. If I got back sooner rather than later, perhaps.

“I’ve been avoiding putting dates on it. It’s been so frustrating. I’m just going week to week."

But while the short-term prognosis is unclear the long-term is far more positive and O’Connell has no complaints with his troublesome knee.

“It’s not worrying. I’d love to be back playing. To be at your best, the more games you play the fitter you get and the sharper you get,” said O’Connell.

“I’m not worried about anything structurally in terms of my future career."

O’Connell’s frustration has been heightened by the flying start made by Munster under new coach Rob Penney.

The Thomond Park outfit have won three of their four opening matches and sit second in the RaboDirect PRO12 table.

"There was always a great buzz every pre-season but it’s probably been better this year with a new way of doing things, new way of playing.

“It’s really good with some very expansive rugby with very good tries. “It’s been very good to watch. But it’s frustrating as well, to be on the sidelines watching it unfold."