New Glasgow signing Sean Maitland admits a Scotland cap is something to strive for. [more] 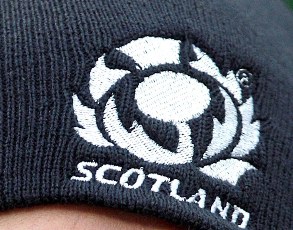 New Glasgow signing Sean Maitland admits a Scotland cap is something to strive for.

The 24-year-old Kiwi will arrive at Scotstoun in a matter of weeks after agreeing a three-year deal with Gregor Townsend’s side.

Maitland will head to Scotland with an impressive reputation having played Super Rugby with the Crusaders for four years, scoring 24 tries, and represented New Zealand U19 and U20 and the Maori.

“I have strong family connections with Scotland so the chance to live and play rugby in Glasgow is exciting for me,” said Maitland, who qualifies for his adopted country immediately as his paternal grandparents were born in Glasgow.

“Whatever future opportunity that may come as a result of playing for Glasgow is a bonus and definitely something to focus on and strive for.”

Maitland made no attempt to disguise the fact that his allegiances have previously belonged to New Zealand but it is now not beyond the realms of possibility that he could return home as a Lion in 2017.

That prospect is a long way off, however, and his immediate focus is on earning his stripes with Glasgow and ensuring that his decision to turn his back on the All Blacks was the right one.

“I think every New Zealand rugby player dreams about being an All Black so I am no different,” added Maitland.

"I cant deny my dream has always been to be an All Black but that has not happened so the chance to play for Glasgow in Scotland is an exciting opportunity that I have been offered.

"I am very proud with what I have achieved in NZ rugby – with Canterbury, Crusaders, Under 19s and Under 20s and the Maori All Blacks. I am excited at the chance to play overseas and experience new opportunities."