Rob Kearney believes Leigh Halfpenny is out in front when it comes to the full back slot for the Lions this summer. [more] 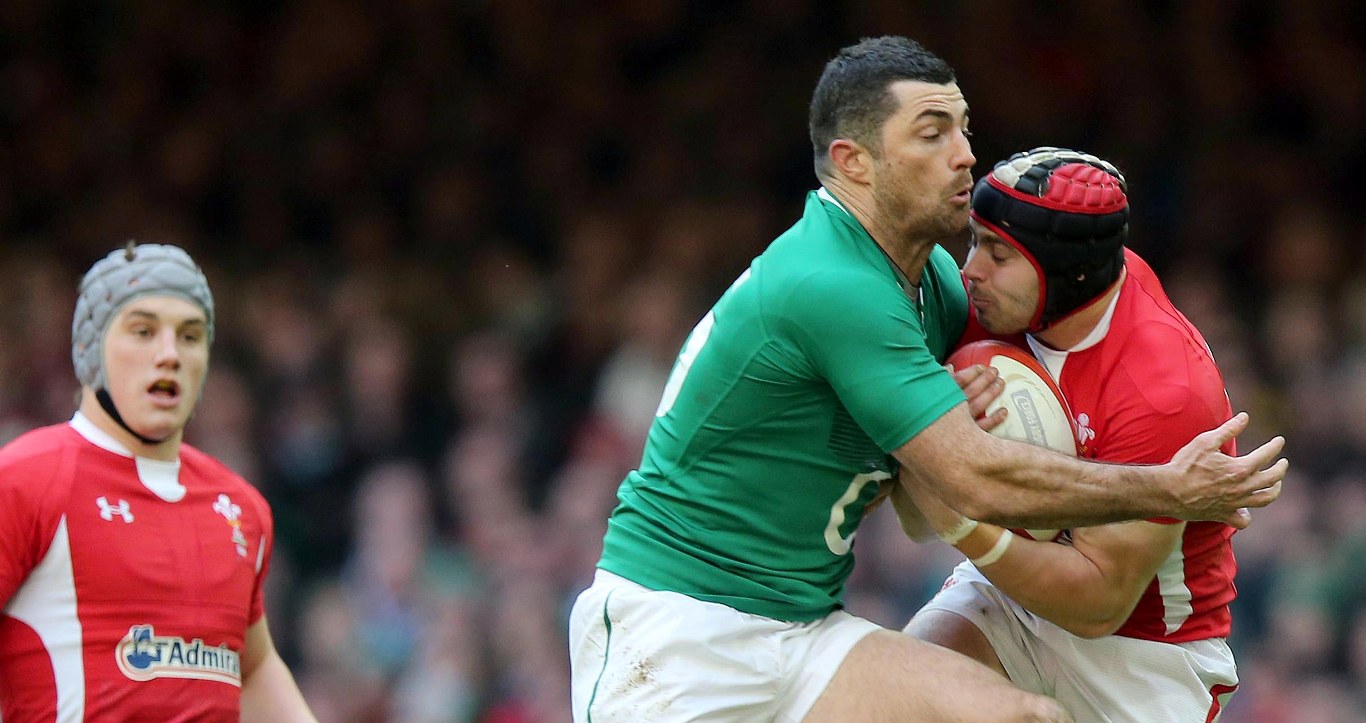 Rob Kearney believes Leigh Halfpenny is out in front when it comes to the full back slot for the Lions this summer.

Halfpenny is the leading points scorer in the Championship so far and has received rave reviews for his showings in Wales’ wins over France, Italy and Scotland, and even their defeat to Ireland.

Ireland’s Kearney was the pre-tournament favourite for the No15 shirt having consistently impressed for club and country since returning from the 2009 tour of South Africa with three Test caps to his name but he admits he is now behind the eight-ball as far as selection is concerned.

"Leigh's goalkicking alone has made him the standout full back of the Six Nations. Wales have won a huge amount of games with his kicking skills," said Kearney.

"For me it's quite frustrating because receiving kicks was always a great way to get into games, get some ball and display my strengths.

"That's something I've definitely struggled with throughout this campaign. It shows a little bit as well in terms of my own touches.

"It's a case of trying to not get too frustrated by it and trying to find other ways to get into the game, although that hasn't been helped by the conditions we've been playing in."

With Scotland’s Stuart Hogg also starring on the big stage this season, Kearney is perhaps in danger of missing out on the Lions squad altogether – something that seemed unthinkable when he picked up the ERC European Player of the Year award last term.

The 26-year-old sat out much of the early part of the season with a back injury, missing all three of Ireland’s autumn fixtures and only returning to Leinster colours in January.

He says it’s been a frustrating season so far but hopes he still has time to make an impression on Lions head coach Warren Gatland, even though this weekend is the last round of international action before the tour party is named at the end of April.

"Last weekend against France was only my seventh start this season because of injury. I always think it's around six, seven or eight games that you start getting back into the run of things," added Kearney, who hopes an improved Irish display against Italy will also enhance his own Lions credentials.

"Of course it crosses your mind that this weekend is the last major stage to impress Lions selectors, but selection will have been going on throughout the last year. Although a huge amount of emphasis has been put on the Six Nations, it's not the be-all and end-all.

"It's not the only shop window to stake your claim. It's important to recognise that when the team does well, individuals do well. Once you start trying to play as individuals, that's when the team suffers. Ultimately then the player will suffer."